As Disney fans, we tend to take the theme parks for granted.

We know that they’re wildly popular. However, grasping the level of that popularity isn’t easy. 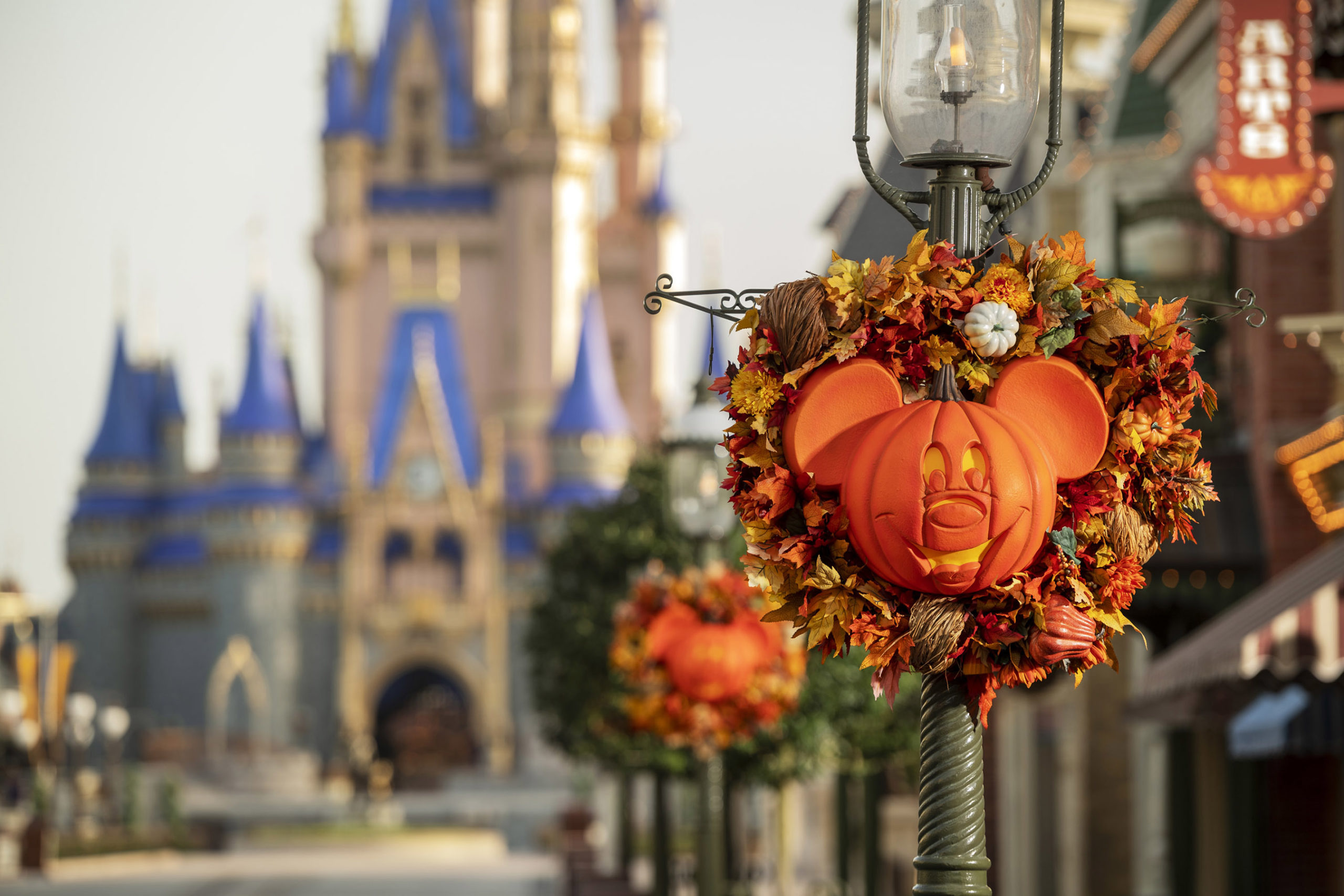 I’m about to throw some facts and stats at you that will cause you to appreciate the parks even more.

Attendance is Through the Roof!

Disney’s theme park empire dominates the industry. In 2019, Disney gained more than twice as many park visits as its largest competitor.

Even those numbers are a bit misleading. That company, Merlin Entertainment, claims theme park sales that aren’t equivalent to Disney’s. 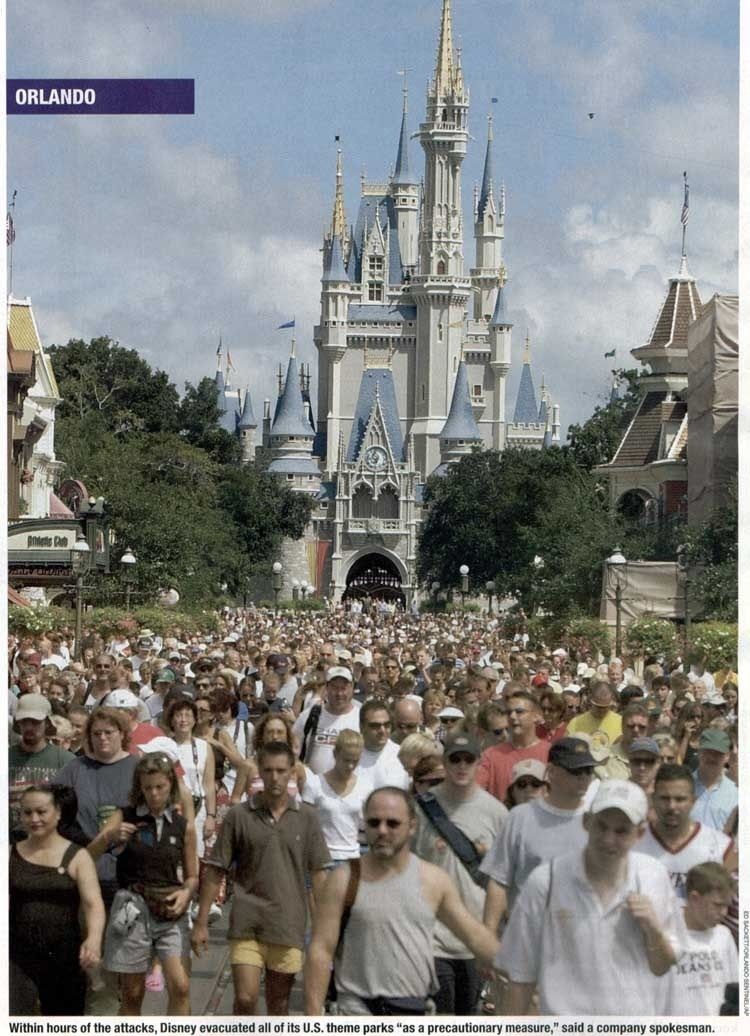 The various Universal Studios locations around the world claimed 51.2 million visits in 2019. Disney beat that total…by more than 100 million! 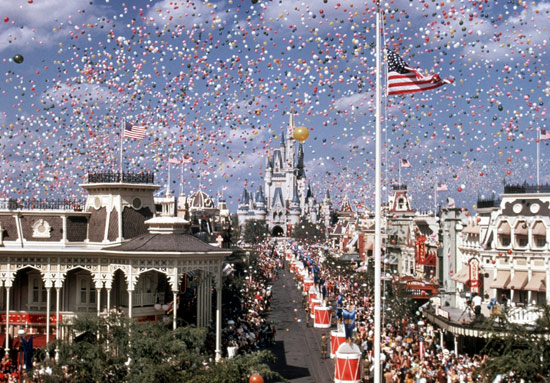 Yes, whenever you hear that Universal competes with Disney, just remember that Mickey Mouse and company more than triple them!

Another way of looking at it is that it’s as if everyone in Mexico visited a Disney theme park last year…and brought a friend from the state of Texas! 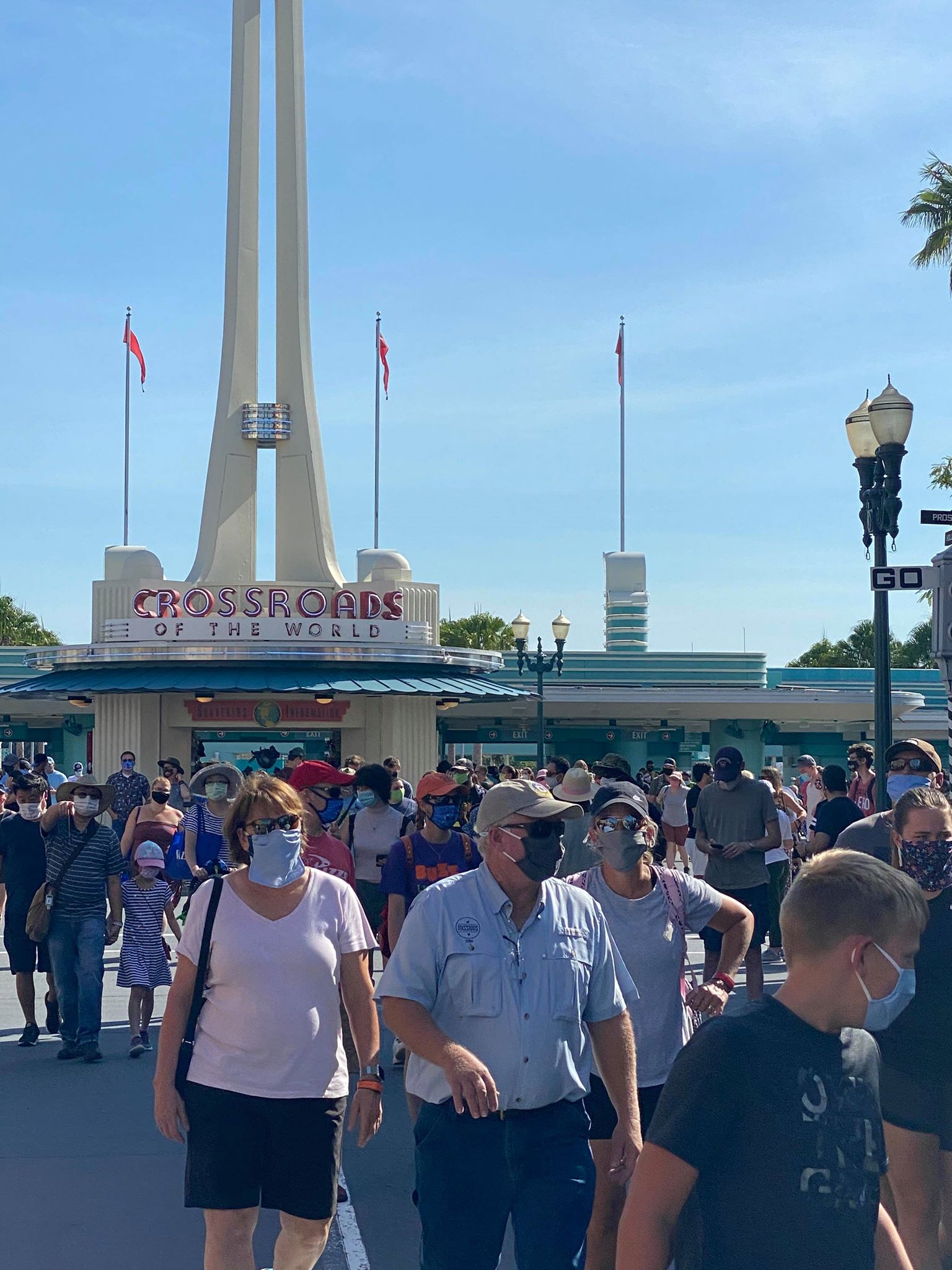 When we focus on Florida, the numbers are even more remarkable.

Have you ever noticed how acreage estimates for Walt Disney World differ dramatically? 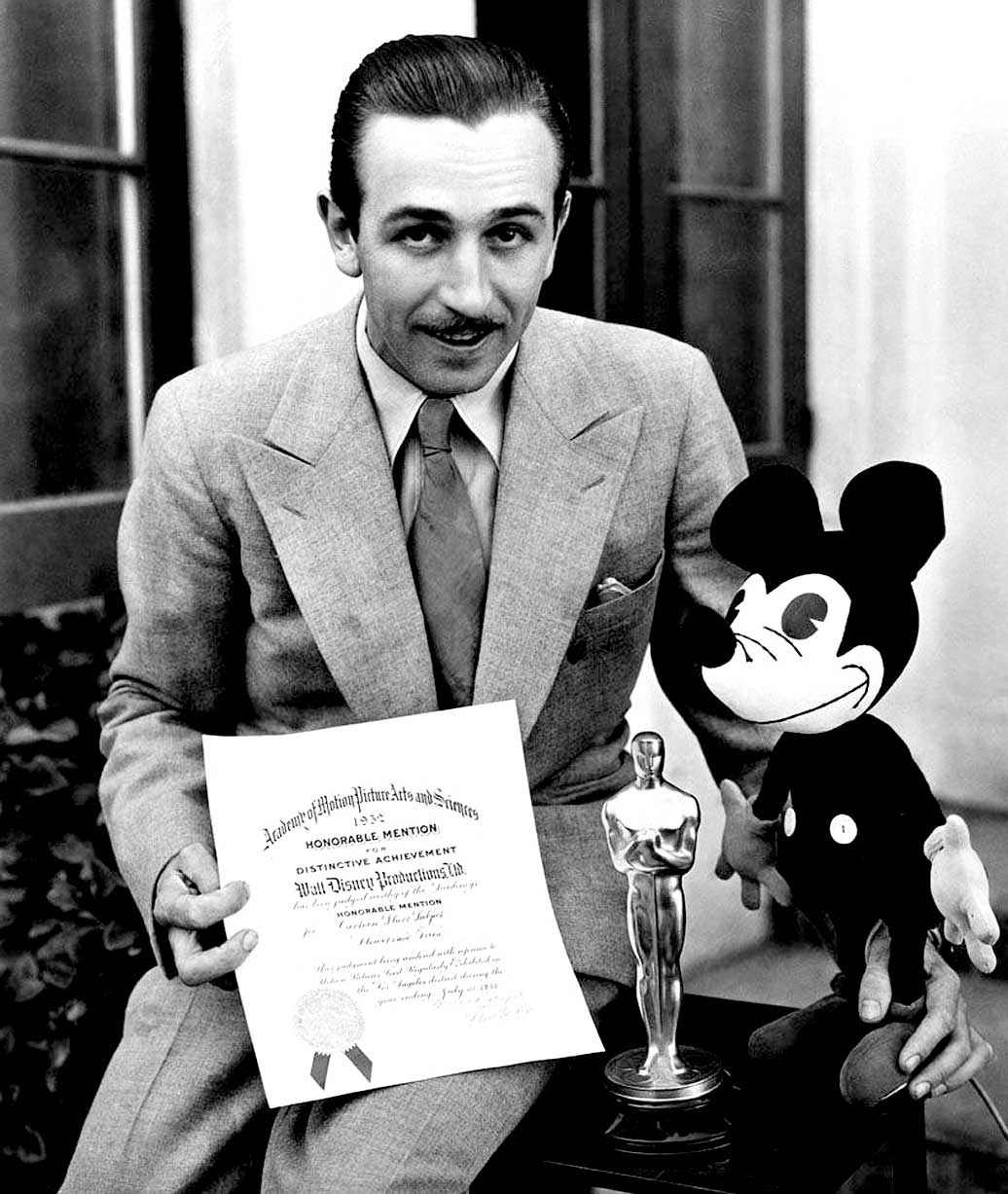 The explanation circles back to the sources, as people pull from published data on the internet, some of which has grown outdated.

Back in the 1960s, Walt Disney stealthily engaged in a land grab in Central Florida. He needed the space for his dream, Project X. 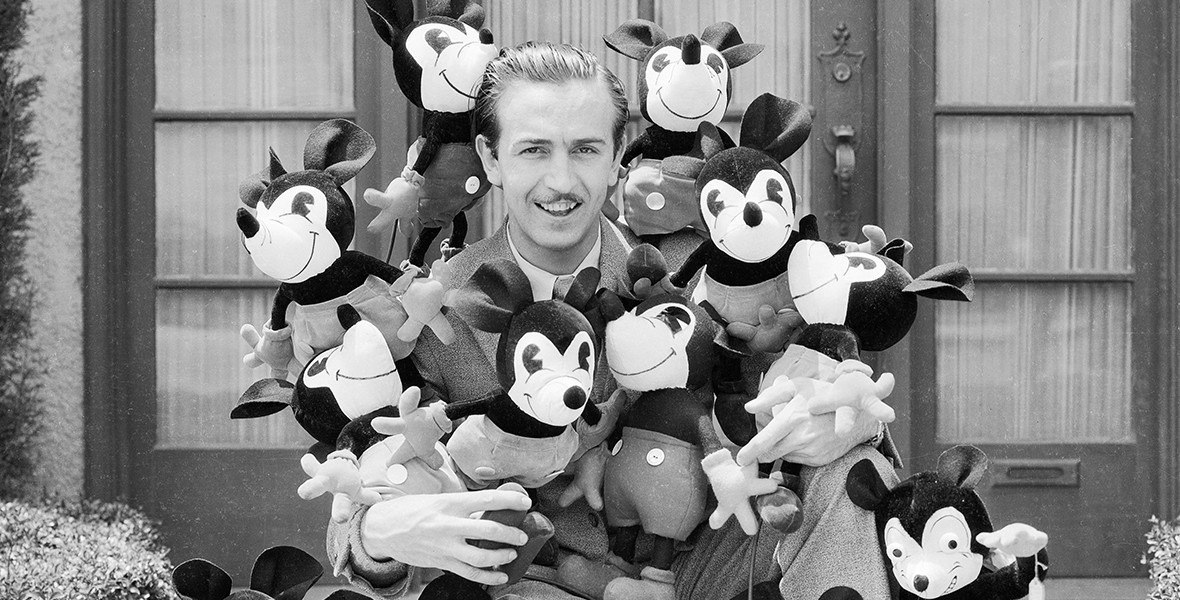 Before his death, Disney revealed his plan for E.P.C.O.T., the Experimental Prototype Community of Tomorrow.

The entrepreneur bought the land for this purpose, and a Time article from 1971 details the plan Uncle Walt had for the 30,000 acres he acquired. 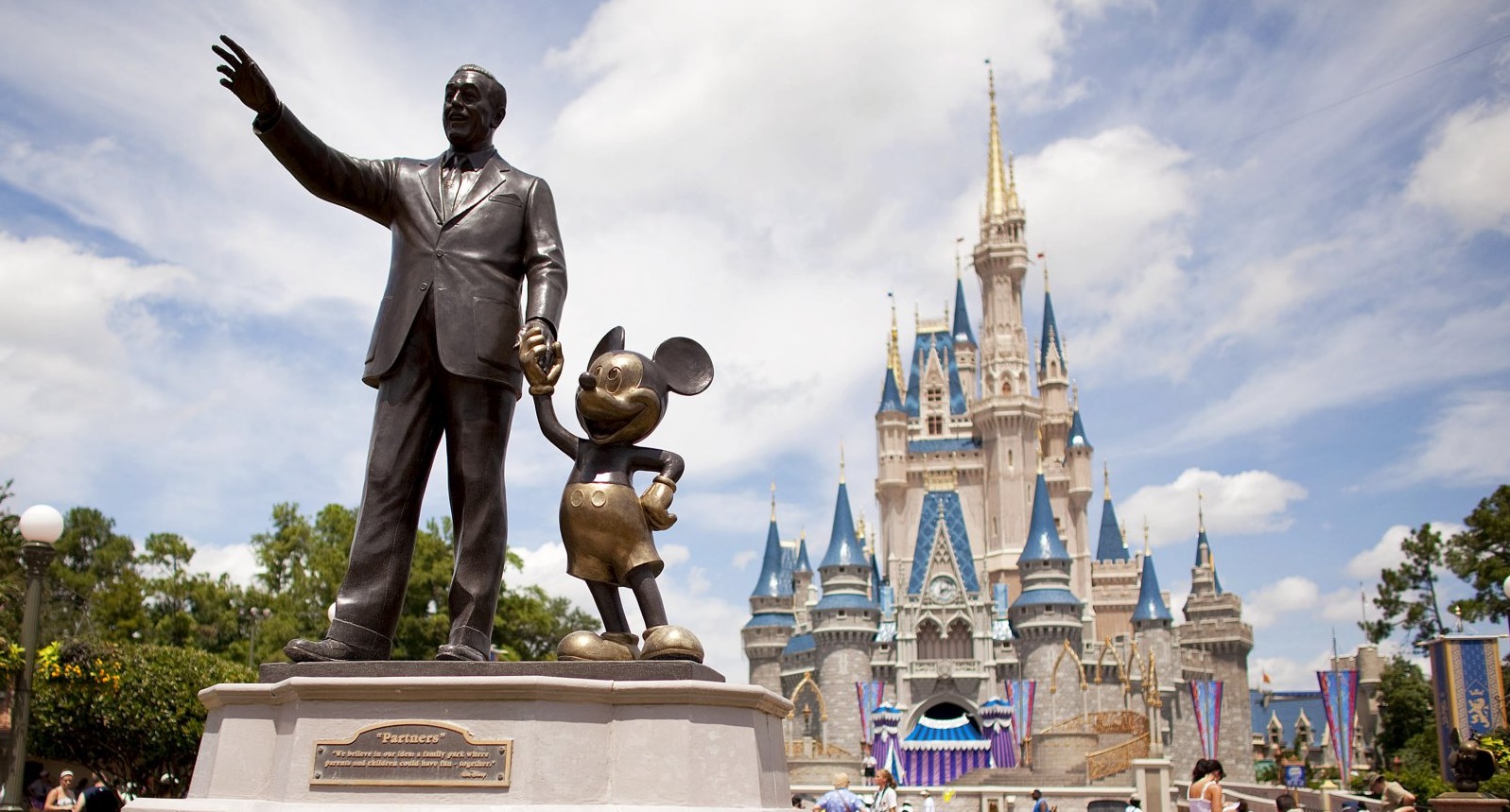 Sometimes, you’ll even read smaller numbers like 25,000 or 27,000 acres, as some sources interpret the property spaces more literally. 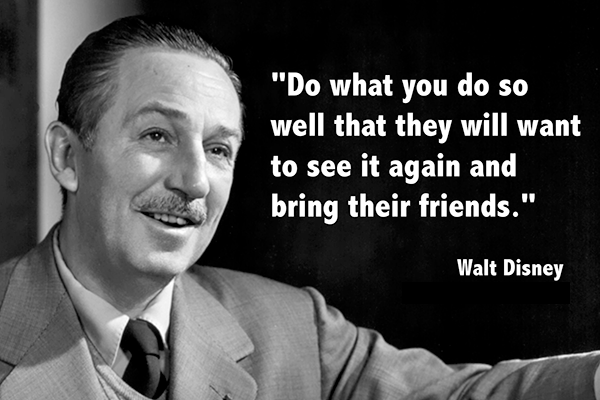 Based on these numbers, Walt Disney World matches the total size of San Francisco. It’s also twice as large as the island of Manhattan!

However, Disney has kept expanding. Even before Walt Disney World opened, the company marked several locations as potential expansion areas.

Disney buys that land whenever it can. In fact, Disney purchased 26.3 acres back in March of 2020, a time when the theme parks were closed due to Coronavirus.

This latest acquisition occurred in the wake of two similar but more significant transactions in 2018 and 2019. 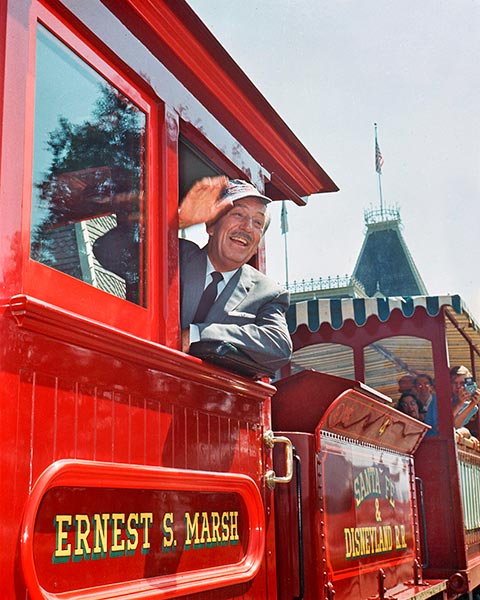 All told, Disney has picked up nearly 3,000 more acres over the past two years. That would be a 10 percent expansion on the original land grab.

Only a few select insiders know for sure, but a reasonable guess is that Walt Disney World includes 40,000 acres of land. 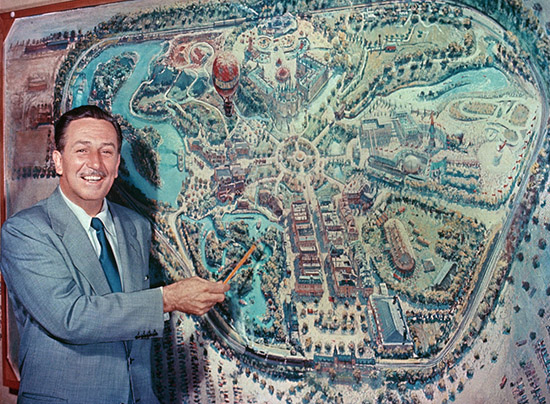 Walt Disney World covers so much ground that Disney has dedicated 4,000 acres to gardens and landscapes!

A football stadium is “only” 1.32 acres, my friends. Disney has more than 3,000 stadiums’ worth of gardens and landscapes.

The latest count, which is admittedly ten years old, indicates that Disney has dedicated nearly 8,000 acres of space to conservation projects. 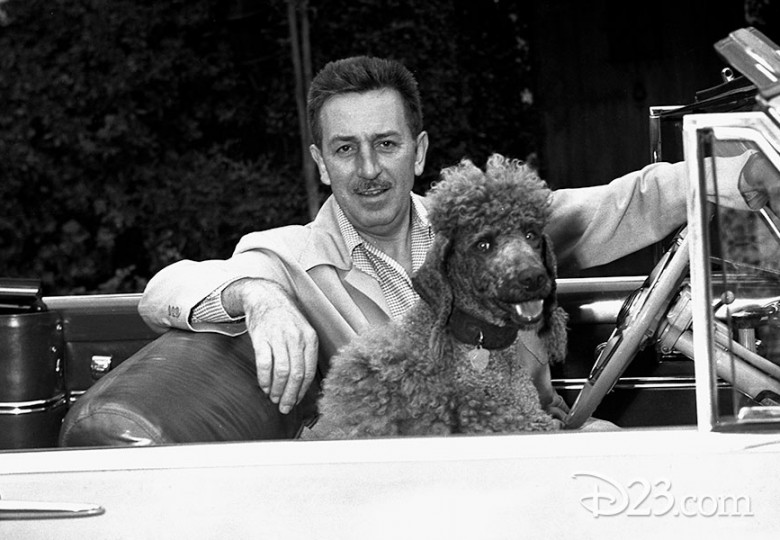 According to Time Magazine:

“The first thing Disney did was set aside a 7,500 acre Conservation Area in 1970, which would never be built on. This would preserve cypress trees as well as provide land for the area’s natural inhabitants.”

Here’s the compelling thought, though. Much of Walt Disney World counts as untapped space thus far. 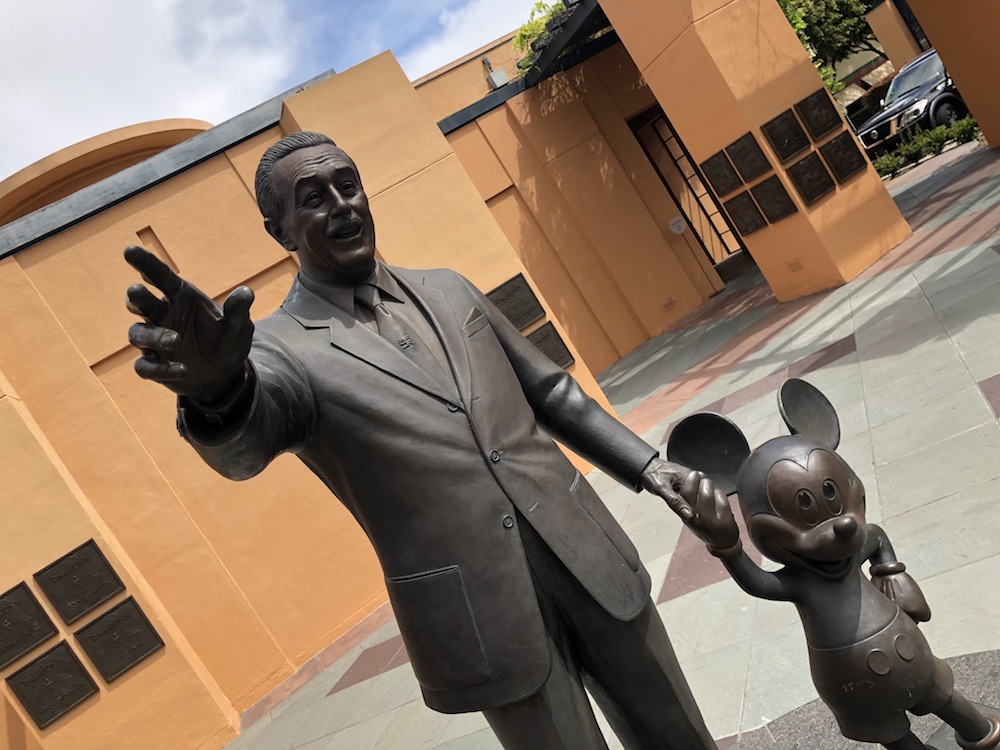 The four theme parks total 1,162 acres, give or take a bit. Walt Disney World only utilizes 3 percent of its current land for theme parks!

There’s plenty of room to expand whenever Disney wants to do it! 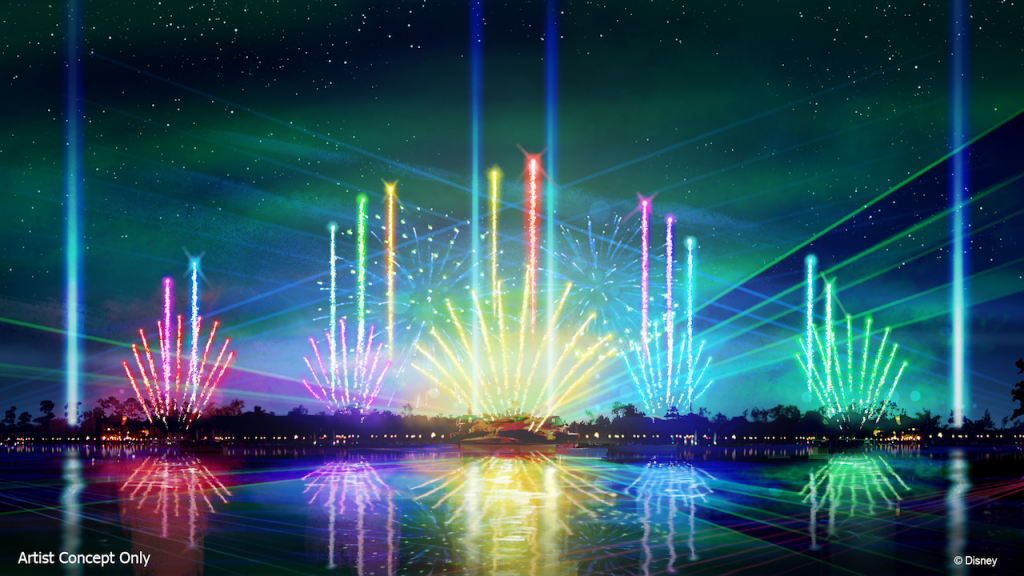 Let’s talk about the mind-boggling logistics of Walt Disney World for a bit. 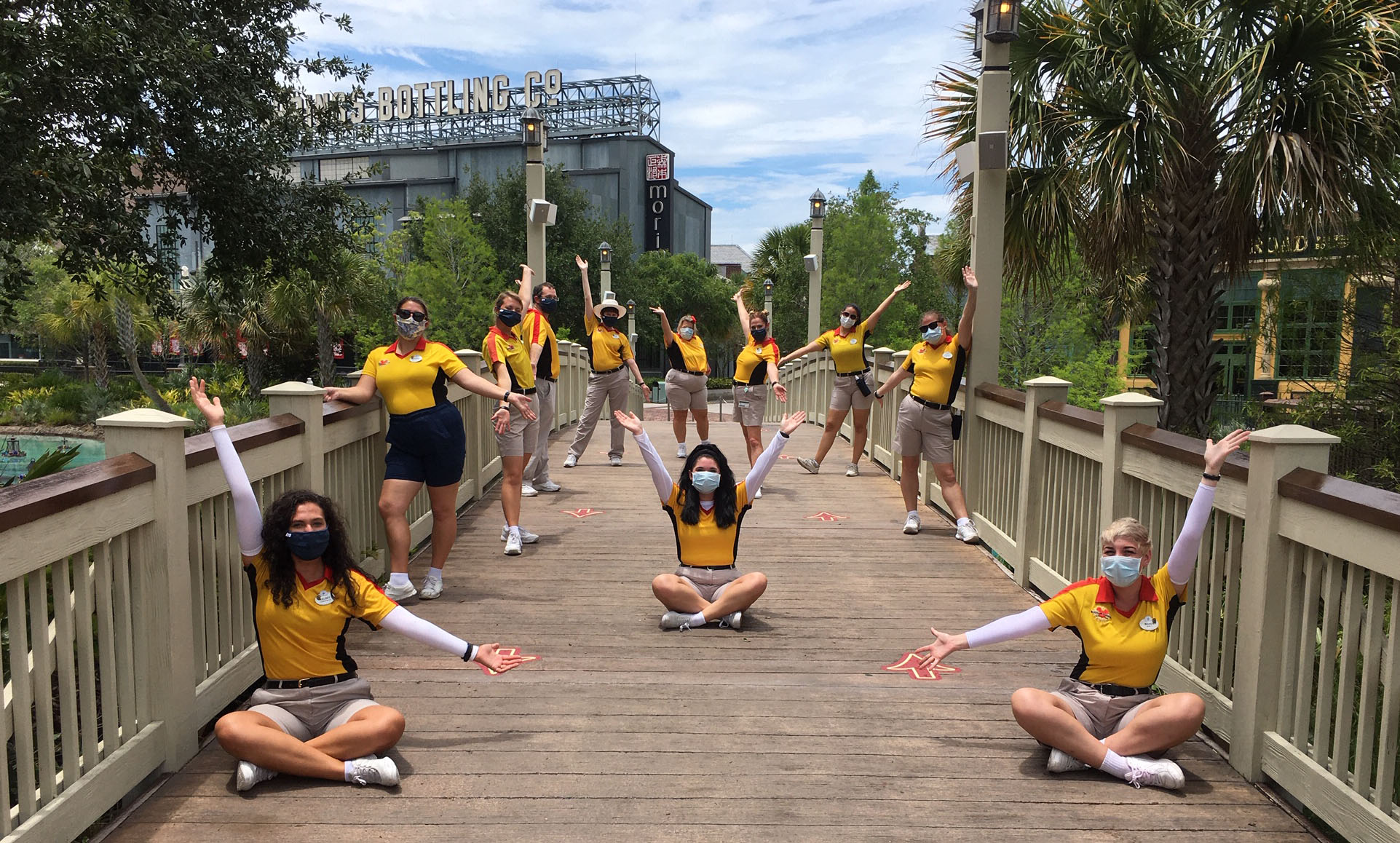 Also, Walt Disney World claims the honor of staffing the largest number of employees at a single site in the United States! 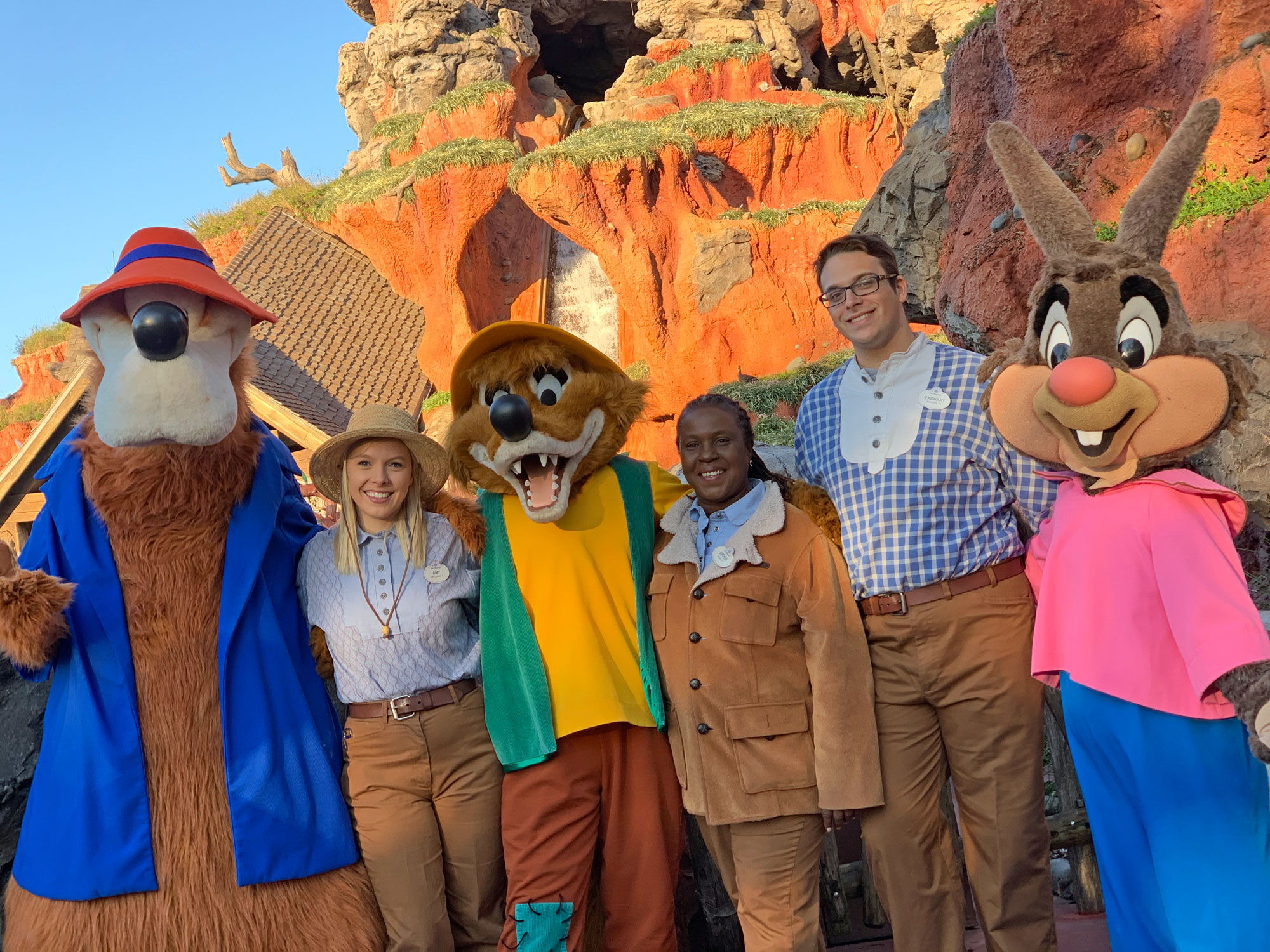 Presuming that many of these people work part-time and rarely more than five days a week, a fair estimate is that 40,000 more workers are at Disney each day.

That’s 200,000 people who visit Walt Disney World each day. So, in the course of a week, Disney has a revolving population of 1.2 million people.

That’s the equivalent of Dallas, Texas! Disney is effectively one of the 10 largest cities in the country, but it gets hidden by the constant tourism.

And These People Have to Eat!

The meal consumption stats at Walt Disney World are so massive that they kind of get gross. 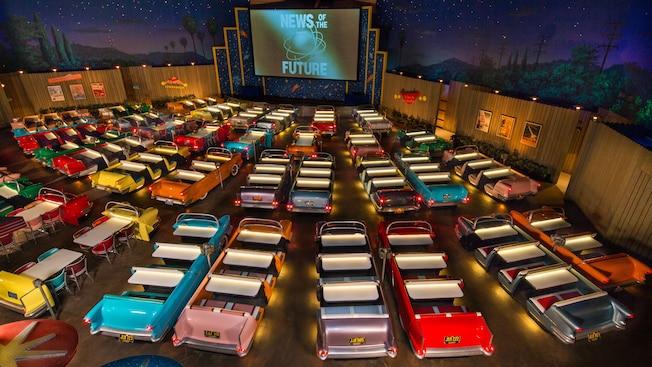 While not all of them are operating due to the pandemic, Disney hosts roughly 300 restaurants across the campus.

Some of them aren’t full-fledged establishments but rather pop-up shacks that serve a few specialty items. Others are excessively extravagant.

In fact, Disney operates Victoria & Albert’s, which has won awards as THE best fine dining experience in the United States.

I’m not talking about the best theme park fine dining experience, either. I mean that this place has beaten Spago, Peter Luger Steak House, and the like. 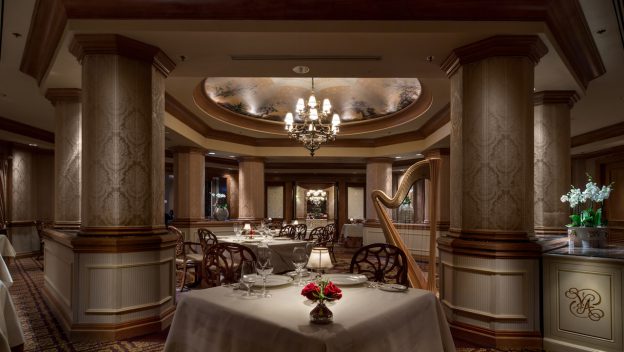 Of course, most theme park guests prefer the basics. For this reason, Disney sells a LOT of hot dogs and hamburgers. 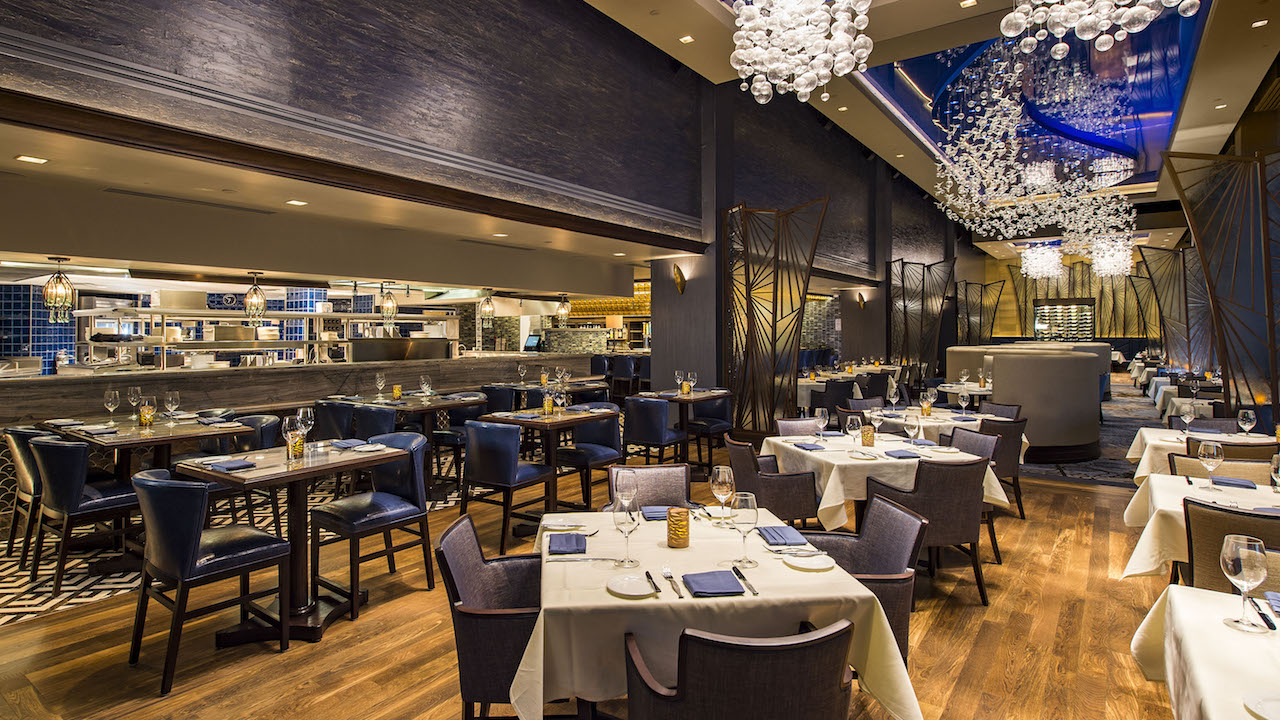 Turkey leg enthusiasts do some damage, too. Disney sells about 1.6 million of those oversized drumsticks each year, which is 2.5 million pounds of protein.

Yes, that sounds like a lot of turkey legs, but French fries are even more plentiful. Disney serves nine million pounds of fries annually. 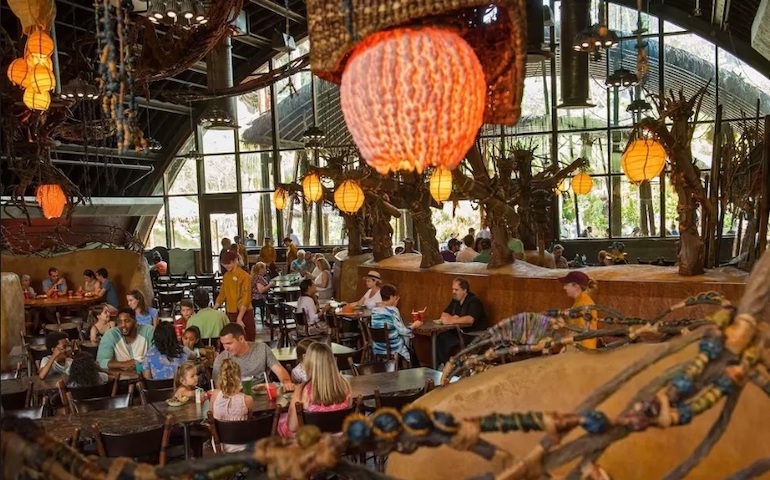 Also, please let the record show that only 1,000 pounds of that come off of my plate.

If you’re wondering about beverages, Disney isn’t as forthcoming about alcoholic servings. 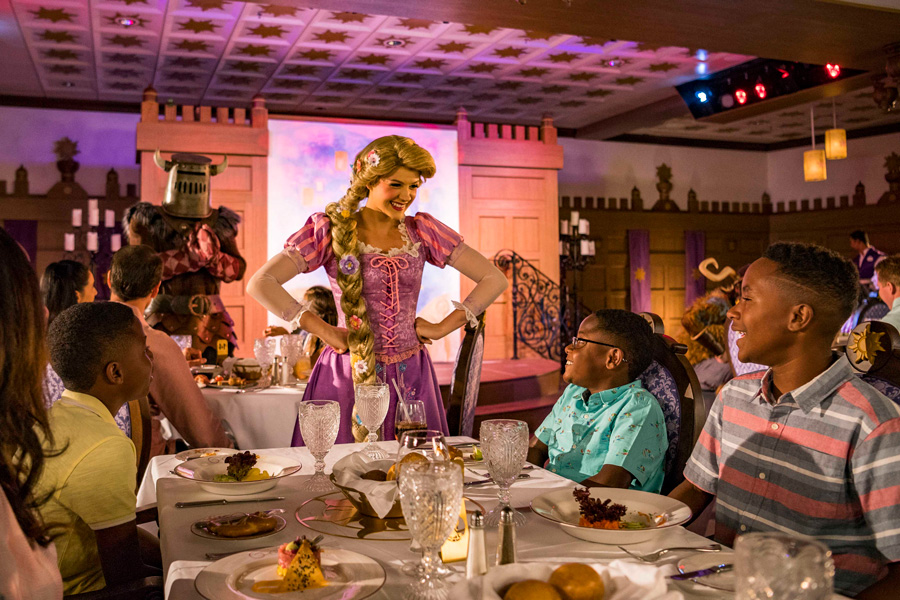 However, we do know from previous comments that the restaurants serve 75 million Coca-Cola products annually. 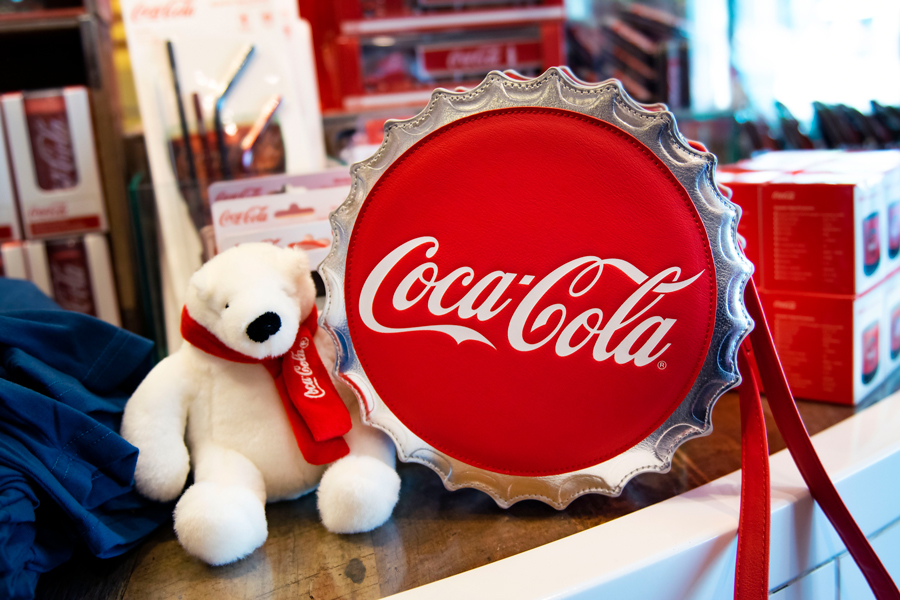 I could throw in some accompanying bathroom stats to go along with this information, but…I don’t want to.

The point here is functionality is something we all take for granted about Walt Disney World. 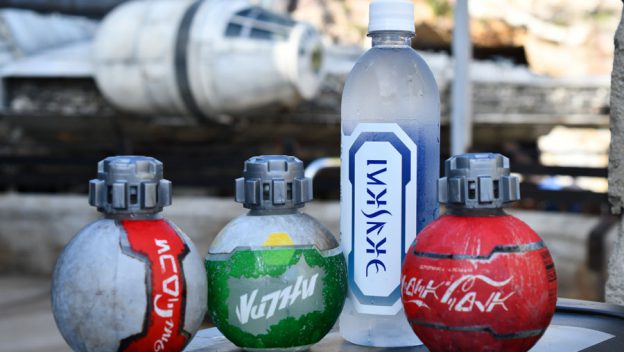 Nobody else but Disney could host this many people eating and drinking this much stuff.