The battle between the State of California and the theme parks that are keen to reopen shows no signs of slowing.  According to a piece in The Hollywood Reporter this evening The California Attractions & Parks Association are speaking out over Governor Gavin Newsom who said yesterday, “We don’t anticipate in the immediate term any of these larger parks opening until we see more stability in terms of the data.”

Newsom made the comments during a press conference when he was asked to discuss the reasons why Disney chairman Bob Iger decided to resign from the state’s coronavirus economic task force last week. 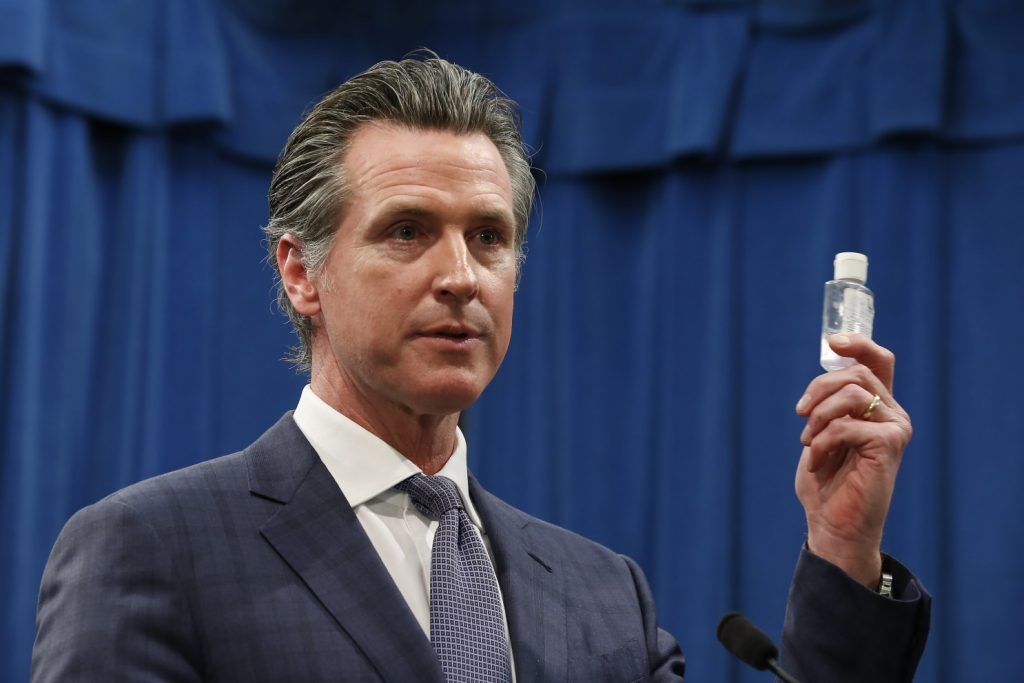 Regarding Iger’s walk-out Newsom said, “It didn’t come as a surprise to me at all. There are disagreements about opening a major theme park. We’re going to let science and data make that determination.” Newsom added that he certainly understood the frustrations from the Walt Disney Co. but wasn’t prepared to budge “We are going to be stubborn about it,” he said.

However, CAPA has since spoken up saying that his stance was unacceptable highlighting the success Disney has had in reopening its Orlando theme park – Walt Disney World in July.  Executive director Erin Guerrero said, “We find it disconcerting that Governor Newsom has no planned timeline for issuing guidance for theme parks, and of great concern that he does not anticipate theme parks opening soon.” Guerrero continued,  “Each day that parks are closed further decimates the amusement park industry. The Governor’s ‘no big rush’ approach is ruining businesses and livelihoods for thousands who could responsibly be back at work.”

Guerrero goes on to say, “When the Newsom Administration agreed not to finalize draft guidance that was floated last week, the governor’s staff committed to work with the theme park industry. We hoped their commitment to working with us was genuine, that we’d finally work diligently and collaboratively on guidance to allow amusement parks to responsibly reopen within a reasonable timeframe. We agree that science and data should guide safety decisions, but keeping amusement parks closed indefinitely when there are no known outbreaks being traced back to reopened amusement parks worldwide is unreasonable.” 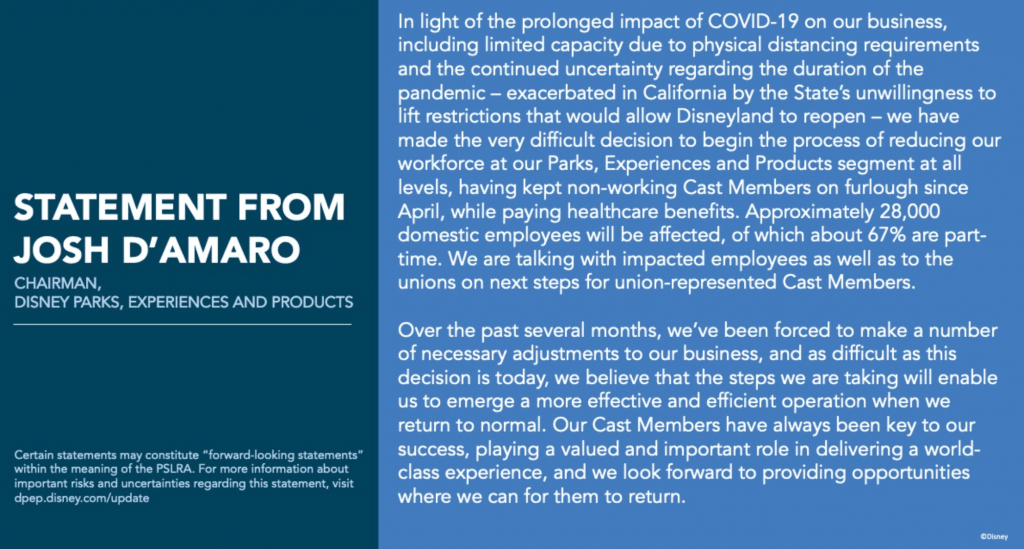 Josh D’Amaro , Chairman of Disney Parks, Experiences & Products said back in September that the company was waiting impatiently for word from the Governor on reopening the parks.  It is this waiting game that would be pointed to as one of the culprits in Disney’s decision to lay off 28,000 employees.

Just prior to Iger’s walk out the Governor’s office promised that they would have a draft of theme park reopening guidelines out by the end of last week.  However on October 1st, CAPA asked the state NOT to finalize the plan saying at the time, “While we are aligned on many of the protocols and health and safety requirements, there are many others that need to be modified if they are to lead to a responsible and reasonable amusement park reopening plan.” In a written statement, CAPA continues,  “We ask the governor not to finalize guidance for amusement parks before engaging the industry in a more earnest manner, listening to park operators’ expertise, and collaborating with the industry on a plan that will allow for amusement parks to reopen responsibly while still keeping the health and safety of park employees and guests a top priority.”

It seems like boths sides will continue to remain at an impasse. However, this is a story that we here at MickeyBlog will continue to follow closely. We promise to keep you posted with further news and updates!