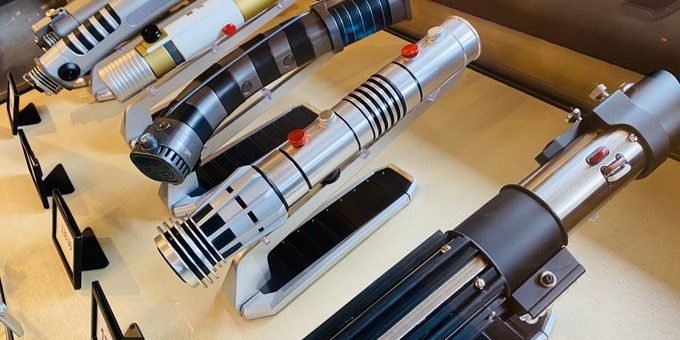 Can’t make it to Batuu? Pick up a lightsaber at the Disney shopping districts… 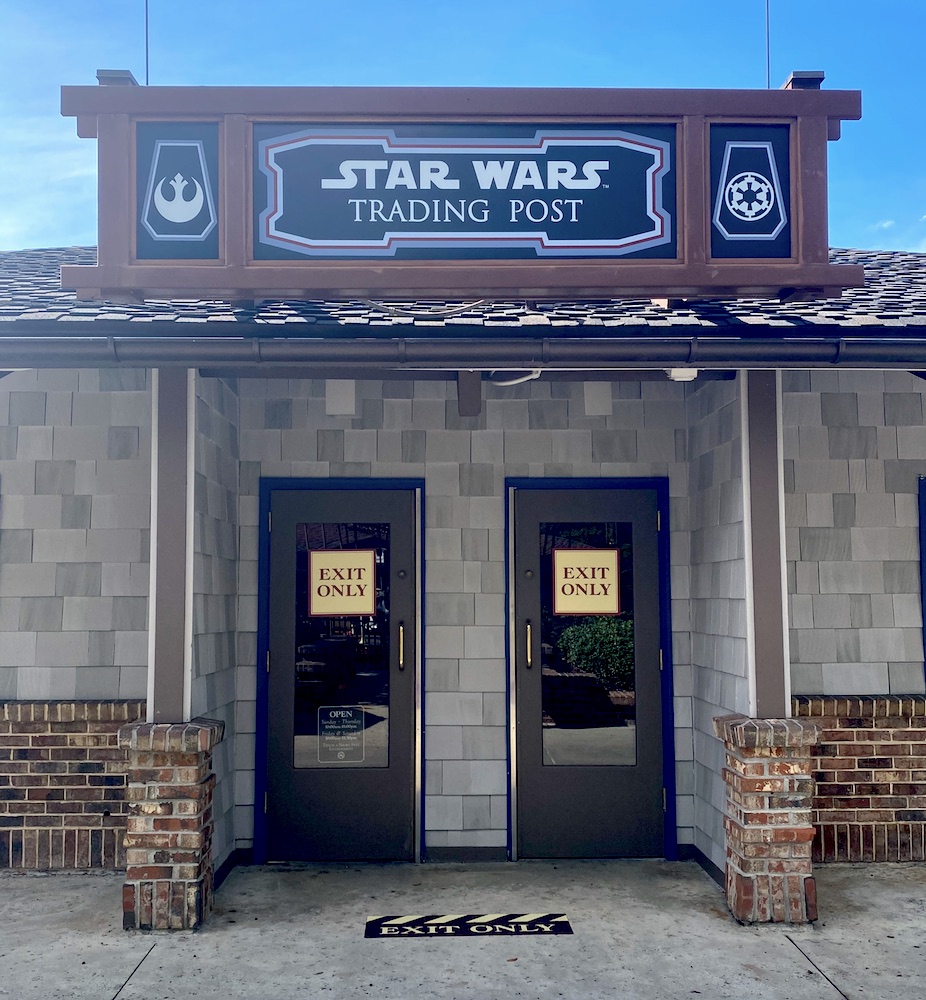 If you are like me, you’ve often looked longingly at the lightsabers in the Star Wars Launch Bay. And you’ve said to yourself: “Self, we really should have our own lightsaber….”

And, of course, you can head to Batuu – Black Spire Outpost at Galaxy’s Edge (in either Anaheim, Orlando) and do just that.

However, budding padawans can also pick up Legacy Lightsabers here on earth at either the Disneyland Resort’s Downtown Disney or Walt Disney World’s Disney Springs.

New shipments have arrived from the planet of Batuu including a selection of legacy lightsabers—now available at Star Wars Trading Post near Earl of Sandwich. #DisneySprings pic.twitter.com/0jNH8weeic

In September, Anthony Armenia of the Disney Parks Blog reported: 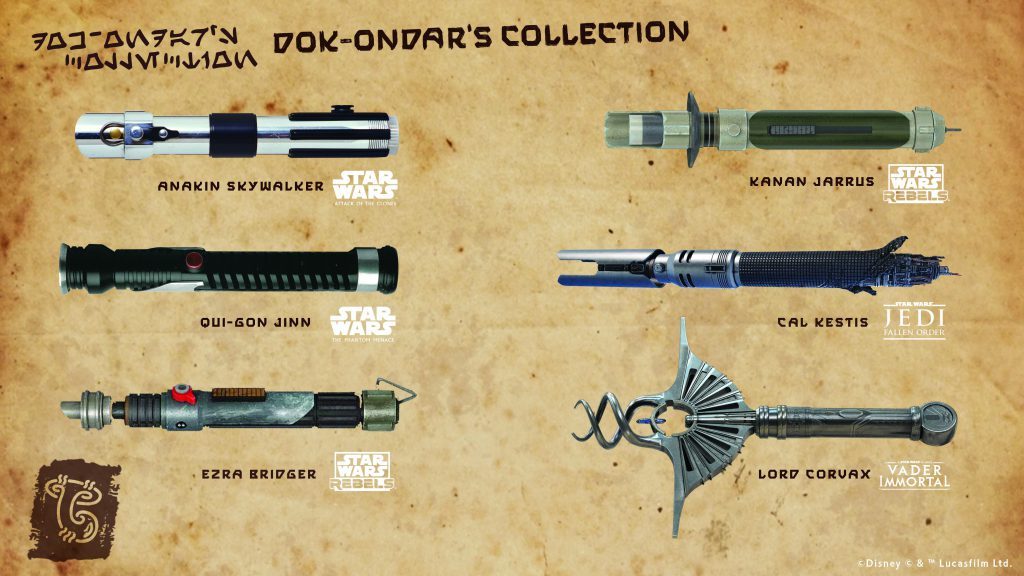 Products direct from Star Wars: Galaxy’s Edge will be shipped from the planet of Batuu and available at Star Wars Trading Post in Disney Springs at Walt Disney World Resort and Downtown Disney District at Disneyland Resort and online at shopDisney.com…

As these products make their way to our galaxy over the next few months, we know that travelers who have been to Batuu will love having new ways to collect their very own lightsaber, explore galactic artifacts or bring home curious creatures from across the galaxy.

Legacy lightsabers are modeled after the lightsabers of some of the most heroic, iconic, mythical, and sinister figures in the Star Wars galaxy. This list includes legends from Luke Skywalker and Ahsoka Tano to Darth Vader and Darth Maul.

And our Mickey Blog crew got pictures of a bantha-load of them at Disney Springs: 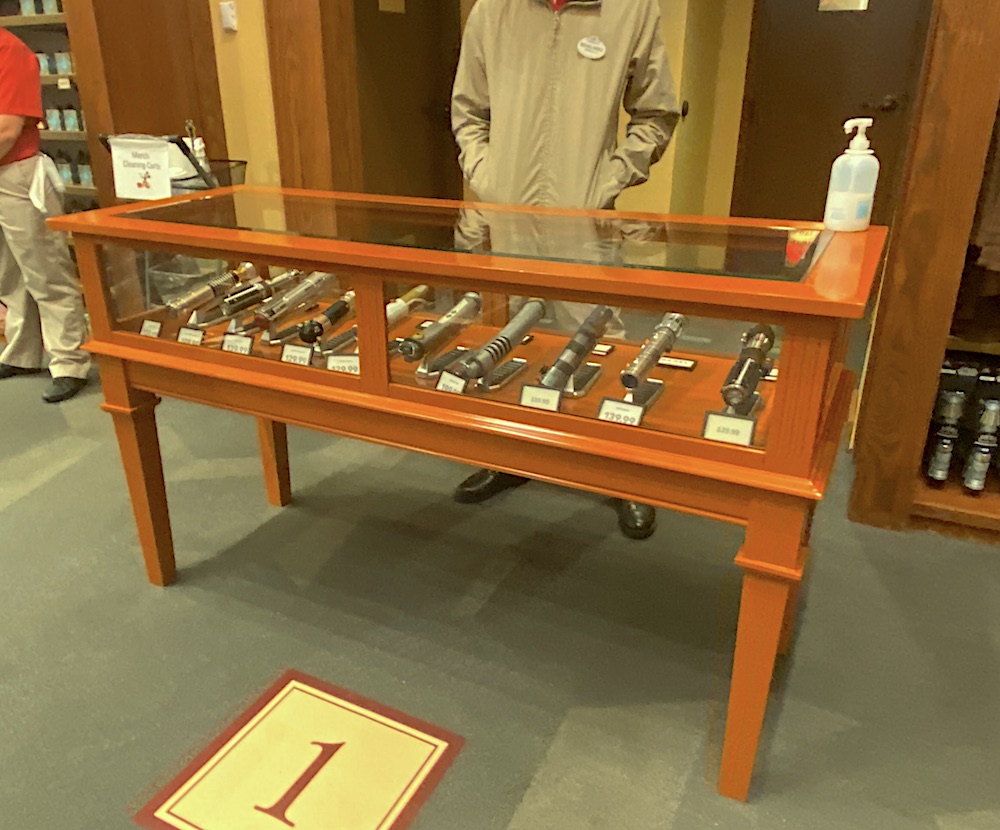 Inside the socially-distanced Star Wars Trading Post at Disney Springs. 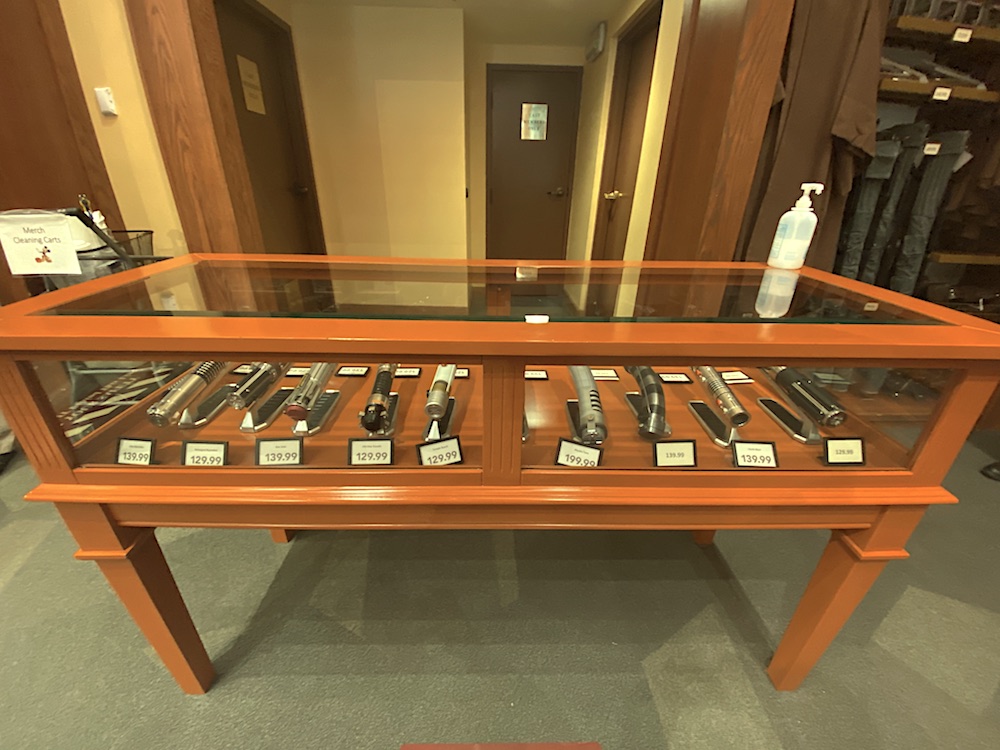 A full collection of Legacy Lightsabers. 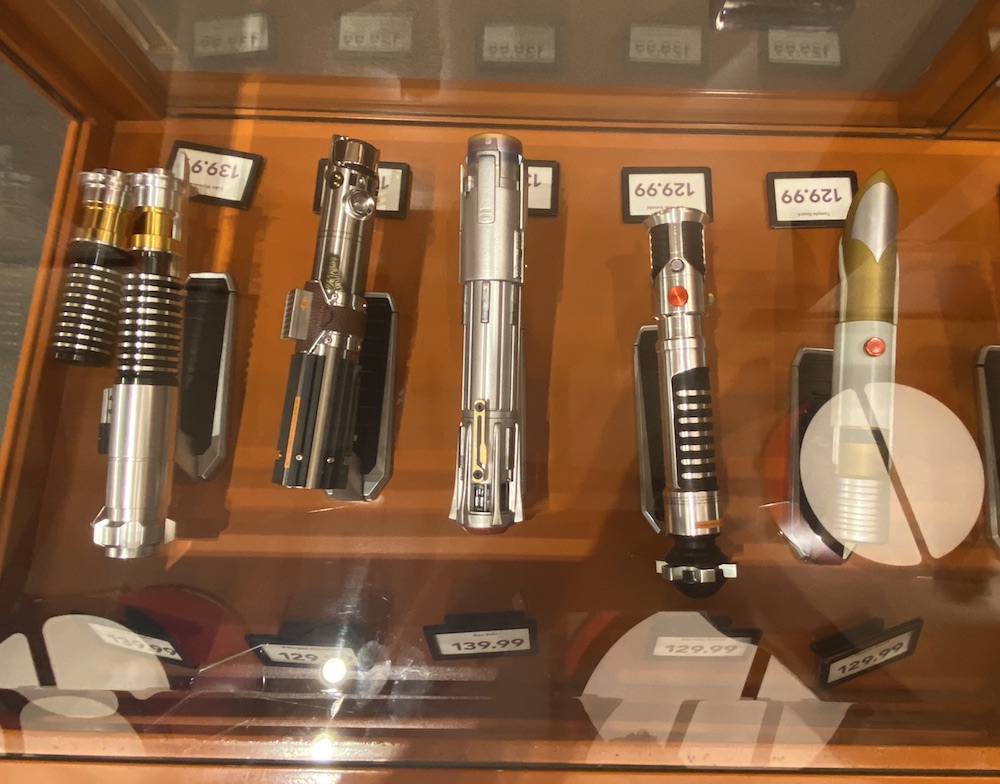 I spy Ben Solo’s lightsaber. Do you see it? 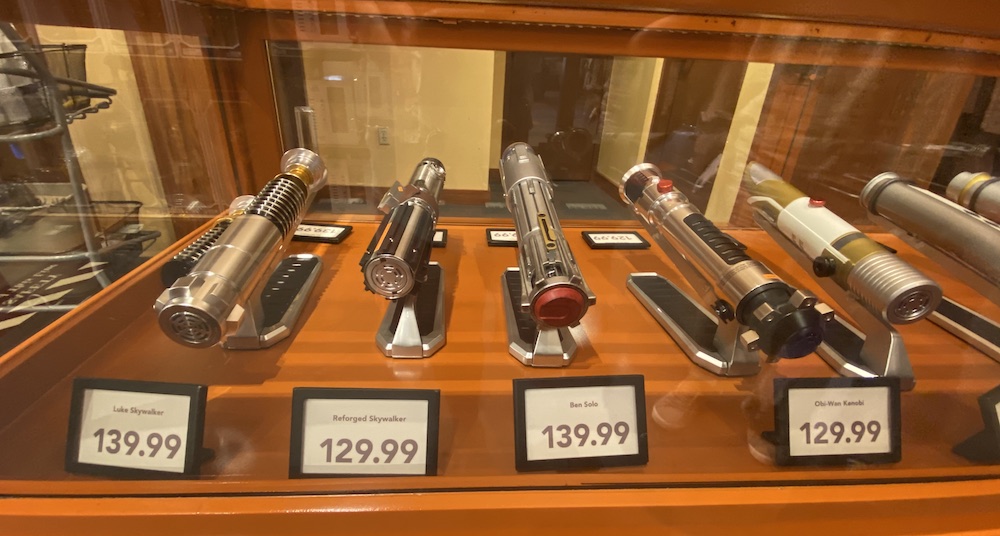 My favorite is Obi-Wan Kenobi’s hilt. 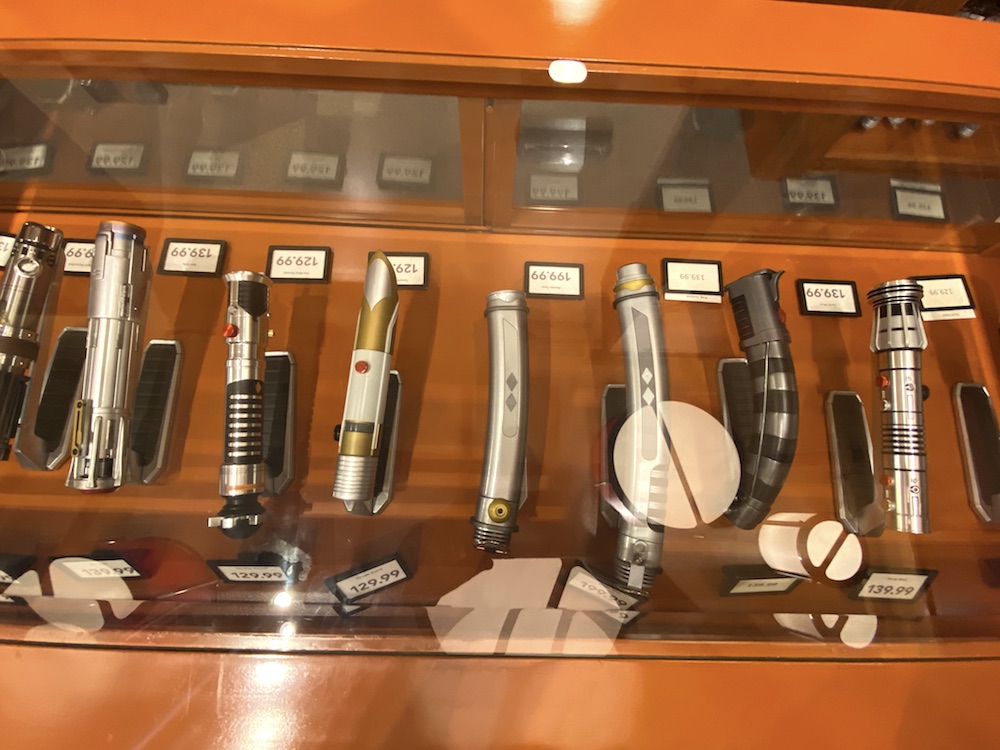 I belive I recognize Darth Maul’s. But the coolest are Ahsoka Tano’s pair. 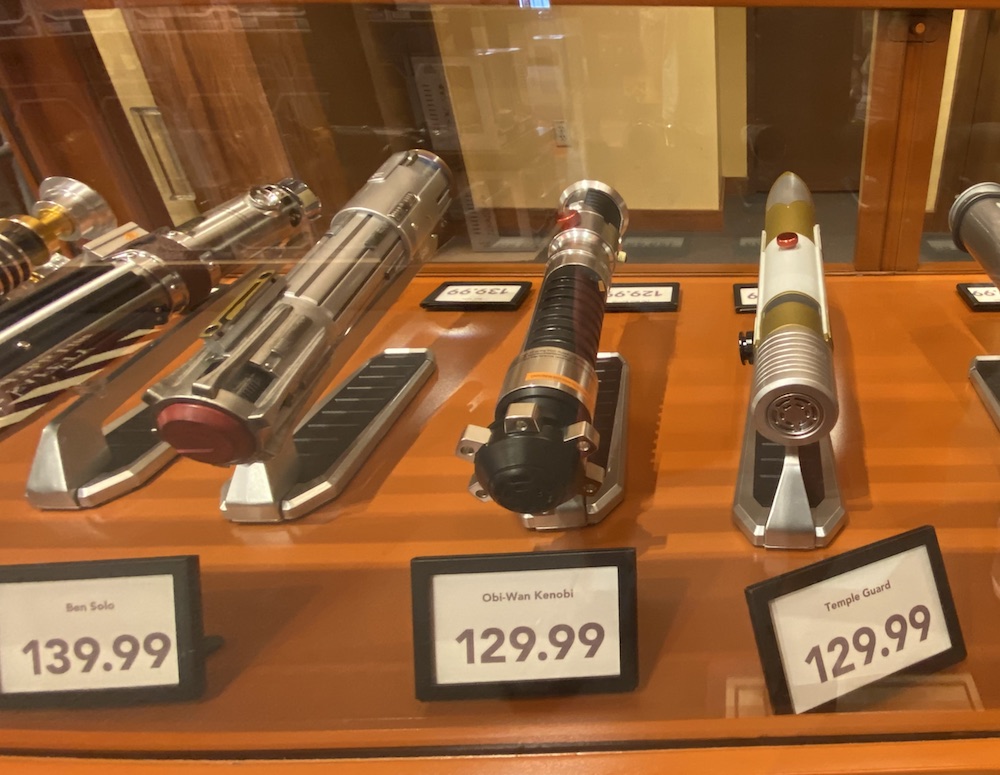 The Temple Guard might be the most interesting new saber in the collection. 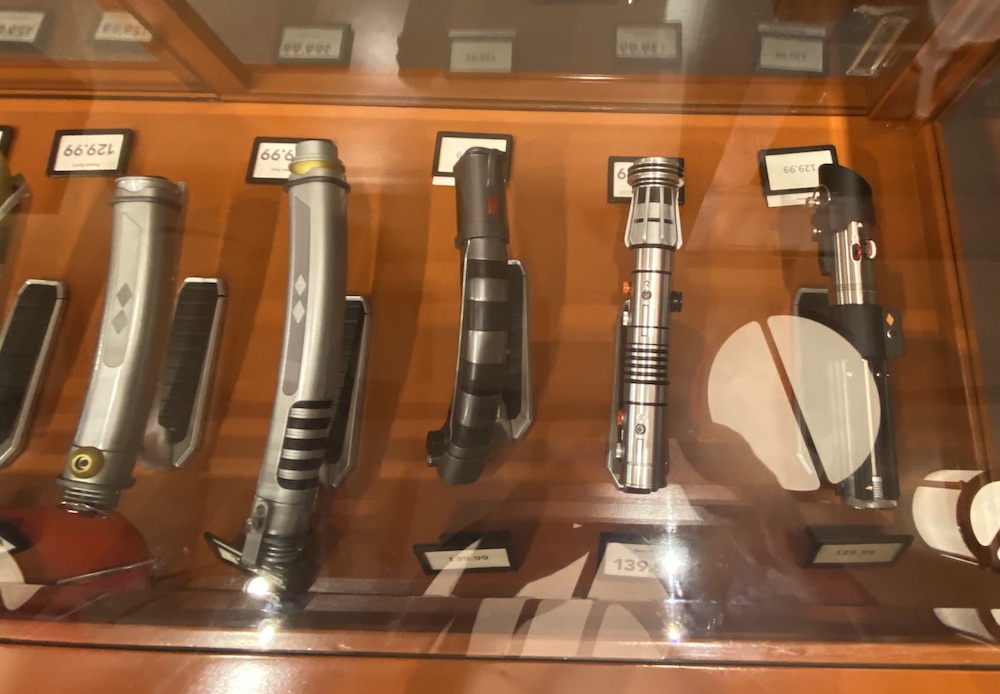 Of course, Darth Vader’s is there, as well.

And, as a bonus; our good friend Prince Charming Dev recently tried out some of these Legacy Lightsabers in Galaxy’s Edge (east).

Have a watch at the video:

In today’s video I take you to a galaxy far far away to Star Wars Galaxy’s Edge at Disney’s Hollywood Studios. We go right to Savi’s Workshop and we buy a legacy lightsaber, I show you what it’s like to go back into Savi’s Workshop after the reopening. Now starting on September 20th you will be able to build your own lightsaber once again but the legacy lightsabers may be a better and cheaper option for you.

So, now the big question: Whick would you choose? Let us know in the comments.