*Sigh* Today has not been a good day for Disney news and here is one that just tears at the heartstrings.  Bob Jackson, lovingly know by all as Yehaa Bob just took to FB to announce that he will not be returning to entertain guests at Disney’s Port Orleans Resort.

Here’s a look at his statement:

And that how it ends, not with a bang but with a whimper. I've just learned my act will not be returning to Disney. I…

As you can see, in his fond farewell, Bob quotes T.S. Eliot and his poem the The Hollow Men saying that’s how it ends- “not with a bang but a whimper.” 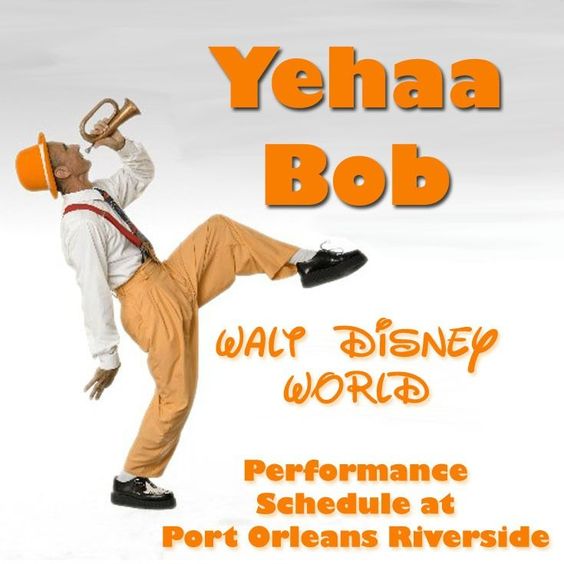 Bob Jackson had been performing at Disney World where he would appear several times a weekend at Disney’s Port Orleans Riverside Resort for an incredible 23 years!  Yehaa Bob had a massive following with many making a trip to the resort just to see him. Bob’s vaudevillian-style one-man-band act was something truly magical to behold and Bob brought a smile to the faces of so many Disney visitors of all ages.

Those wanting to support Bob can leave a comment on his Facebook post above. We also encourage you to visit his website here where you can order CD’s and more to show your support. We’ll also leave you with this short video of Bob in all his glory. “Bob, from us here at MickeyBlog you will be missed!”

Posted by The Grand Floridian Society Orchestra on Saturday, September 26, 2020

As you can see from the post above and after 32 years, Disney reshuffled, renamed and moved the Orchestra to Hollywood Studios before eventually deciding to scrap the act.

This is our last photo as GFSO members (both bands) at our last location at the Grand Floridian. (7/26/20). Front row L…

Posted by The Grand Floridian Society Orchestra on Monday, September 28, 2020

They shared one final photo of the members of the Orchestra together at the Grand Floridian. Sadly, their last performance will be at Hollywood Studios on October 3rd. If you’re in the area we hope that you pop by to give them a fond farewell.