There’s an exciting debut coming to Disney+ tomorrow! The hotly anticipated Secret Society of Second-Born Royals is an original movie premiering exclusively on Disney’s streaming network and we here at MickeyBlog though what better way to celebrate than by introducing you to some of the incredible characters from the film.

So be sure to set those DVR’s and lets get ready to meet the gang! 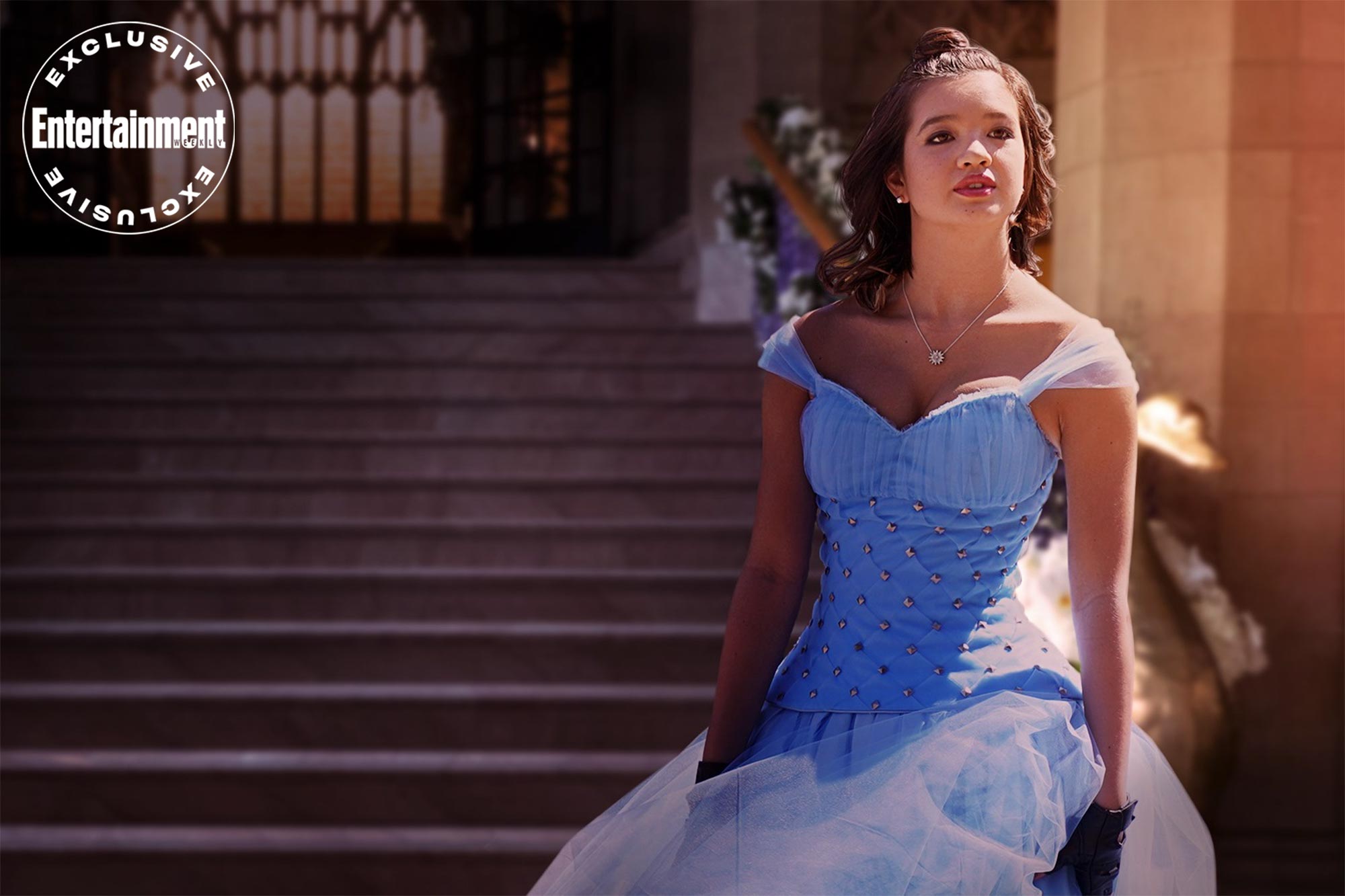 If you’re like me, you’ve been missing Andi Mack. That’s why we’re so pleased to let you know that Peyton Elizabeth Lee stars in Secret Society of Second-Born Royals as Sam, a rebellious teenager who is second in line to the throne of Illyria. However, instead of attending royal events she’d rather rock out on the guitar.  “Sam has always felt like she’s not only second-born but also second-best—like she never lives up to everyone’s expectations,” Lee said of her character.  “There is a ton of pressure on teenagers to fit a certain mold or to be successful in a certain way, and in addition to all those normal teenage pressures, Sam also has the pressure of an entire country watching her and looking to her to set the right example. And so, she sort of buckles under all that pressure. It’s not until she becomes a member of the Secret Society of Second-Born Royals that she really finds her group of people, finds her place, and figures out how she can use this title that she’s been given for good.” Sam has been gifted with heightened senses, meaning she can feel, hear, and see things more sharply than the average person. “I think she’s a super relatable character,” says Lee. “Even though she is a superhero and a princess, the themes of the film and the life lessons Sam experiences are very universal, no matter who you are or how old you are.” 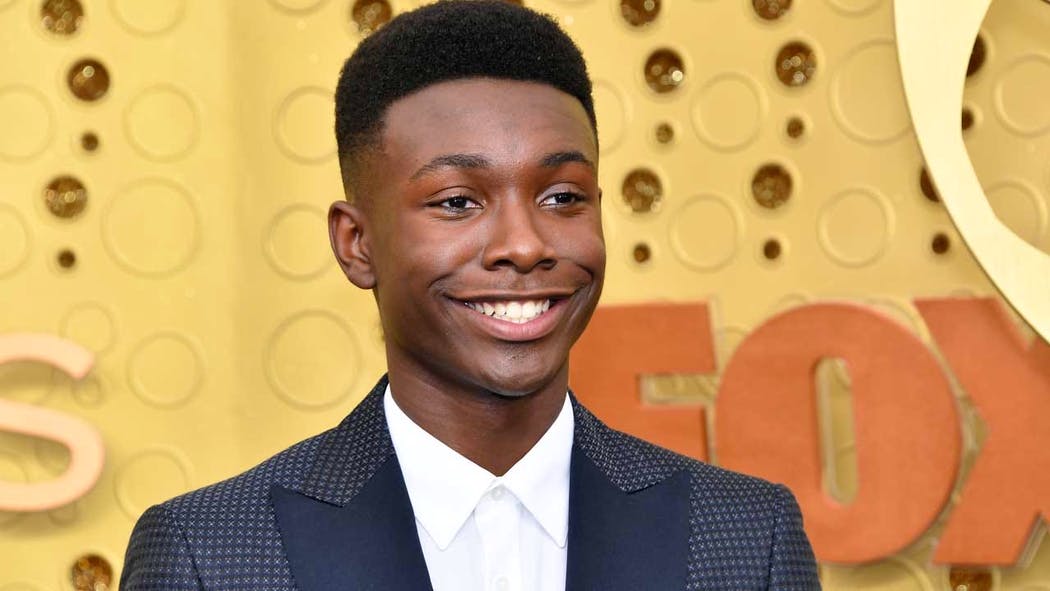 Tuma, played by Niles Fitch is a real charmer who has the ability to influence people’s actions. Fitch says of his character, “Tuma needs to learn how to work with the team and how to use his power for good, because it’s such a powerful power to be able to control what people do.” Throughout the movie its up to Tuma to come to grips with his powers while at the same time learning how to stand back and let others take the lead. 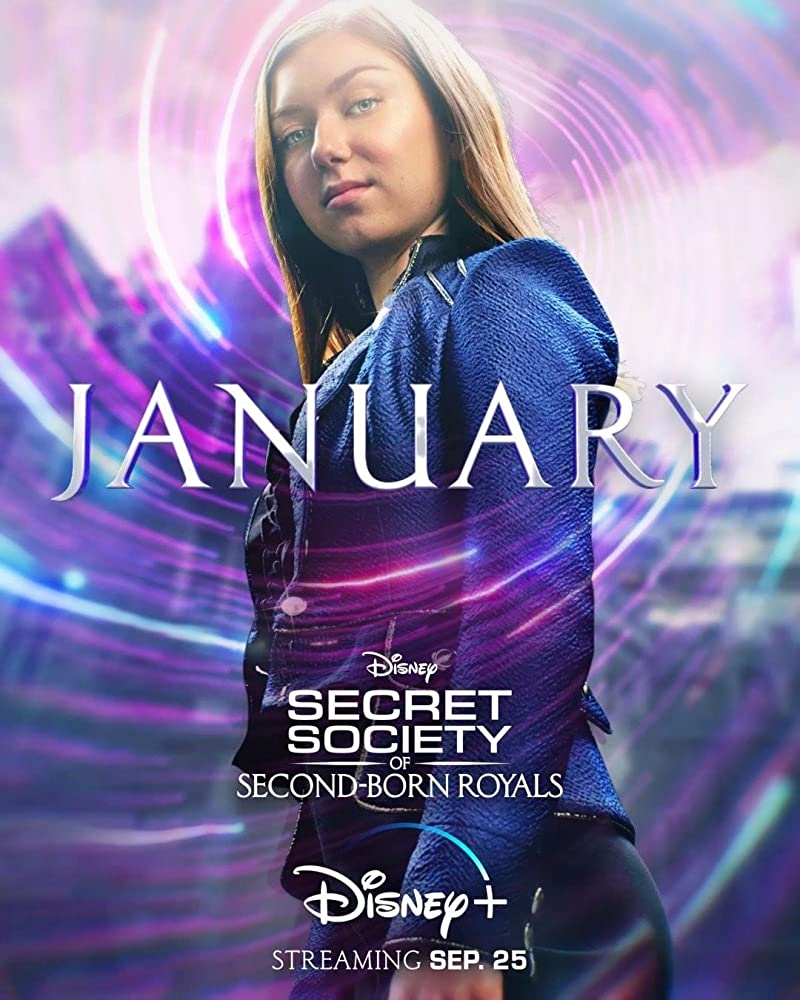 January, played by Isabella Blake Thomas has a pretty awesome superpower. She can absorb other people’s powers. Thomas said of the role, “Exploring her powers was really interesting, because it follows her thinking that she doesn’t know where she fits.” Thomas continues,  “She wants to fit in, but she just doesn’t really know where she does.” 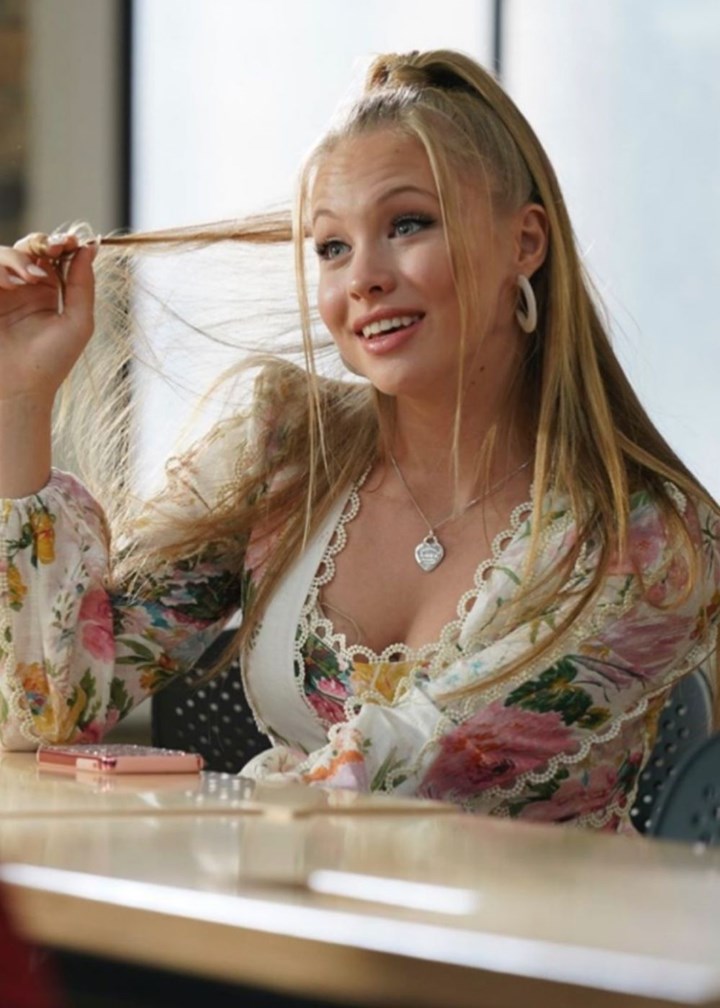 Olivia Deeble plays Roxana, the ultimate “it” girl who has over 108 followers on social media.  Deeble says the most interesting thing about Roxana is that she has no filter!  “She’s very full of herself.” However, once she begins training she goes on a journey of self-love. Her superpower? The ability to turn invisible. 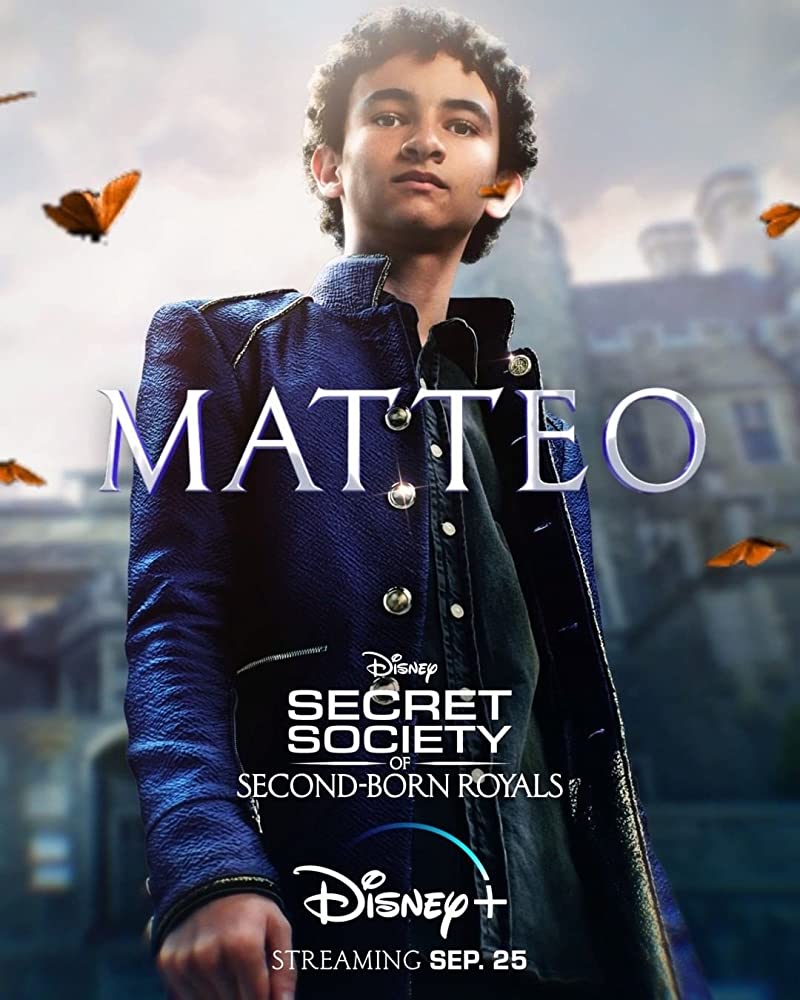 Matteo has one of the best superpowers I’ve ever seen- he can control insects! Rakotohavana describes his character as shy, awkward and constantly worried about what people think of him.  Faly continues, “His whole arc throughout the film is gaining a sense of confidence and learning to control his powers.” 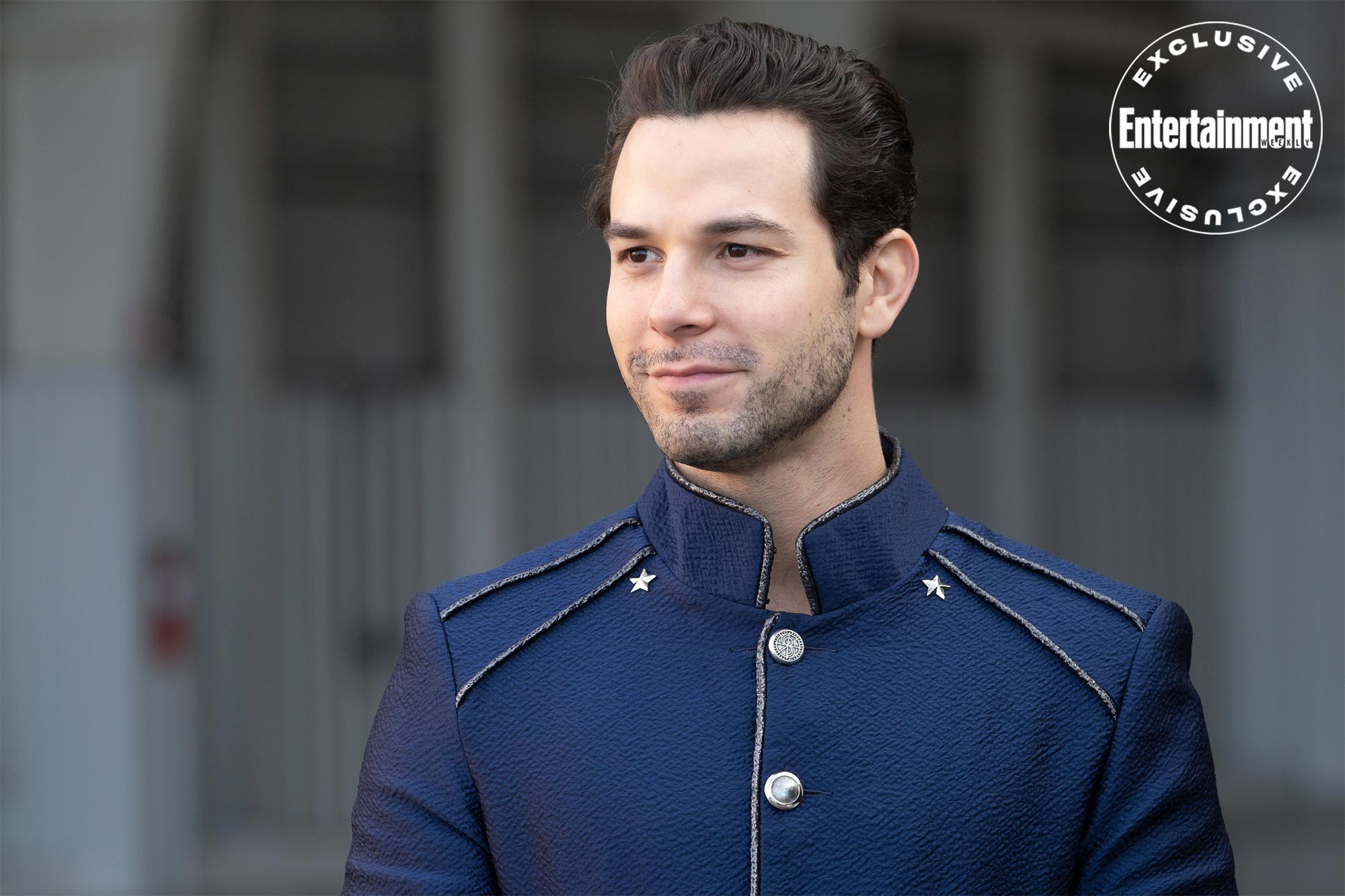 Last but not least is Skylar Astin who plays a professor and mentor to all of the characters above. He has a boyfriend named Henry, an iguana named Jeff and a gluten-allergy.  His superpower is that he can multiply. Astin says,  “He can clone himself and clean a room really fast or he can be a better teacher who gets their ear a little bit easier—and it also comes in handy when fighting crime.”

Don’t miss your chance to check out Secret Society of Second Born Royals which will make its debut on Disney+ tomorrow! Also, readers are encouraged to keep following along with MickeyBlog for the latest Disney+ news and updates.

Then why not consider working with an Authorized Disney Vacation Planner? As an agent with MickeyTravels, I’ll be on hand to assist you with everything from finding your perfect package to helping you plan lots of special touches to make your visit truly magical.  I’ll even scout to make sure you’re getting the best discounts (even after you’ve booked!) Best of all my services are absolutely FREE.  Get in touch at 1.800.801.4025 via email at mroden@mickeytravels.com or follow along on Facebook
Source: D23
Share