The Billboard Music Awards are October 14th and Disney’s very own Frozen II soundtrack has been nominated for Top Soundtrack.  The film was released on November 22,  2019 and definitely lived up to the hype.  The soundtrack was a centerpiece of the movie and yes, Elsa belts out another anthem, “Into the Unknown”.

Disney Animation announced the nomination for the Frozen II soundtrack on their Instagram page.  It is no surprise Disney has snagged the only soundtrack nomination for an animated film.  There are many things Disney does well, and soundtracks are only one of them.  Alongside of Frozen II’s nomination are Aladdin and Descendants 3.  Giving Disney three nominations in this category.

#Frozen2 has been nominated for Top Soundtrack at the 2020 Billboard Music Awards! #BBMAs

Actors Kristin Bell (Anna), Idina Menzel (Elsa), Josh Gad (Olaf) and Jonathan Groff (Kristoff) are all back for round two.  They voice songs like “Into the Unknown”, “Show Yourself” and “Lost in the Woods”.  The Frozen II soundtrack became the 5th longest running number one in history. 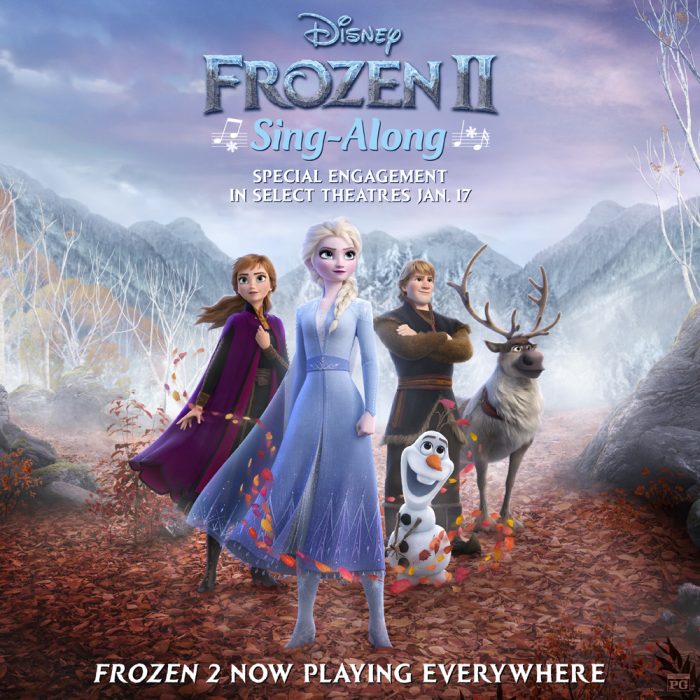 The 2020 Billboard Music Awards will air on October 14th, 2020 at 8pm on the NBC network.  Kelly Clarkson will host the awards which will be held in Las Vegas.  Rapper, Post Malone currently holds the most nominations in 16 categories.  The awards show was originally scheduled to happen on April 29th, 2020, but was moved due to concerns over COVID-19.  This will be Clarkson’s third year hosting the awards.

FROZEN 2 – Magical and larger than life, Elsa is the perfect mythic character—but she can’t help but wonder why she was born with powers. What truths about the past await Elsa as she ventures into the unknown to the enchanted forests and dark seas beyond Arendelle? Featuring Idina Menzel as the voice of Elsa, Walt Disney Animation Studios’ “Frozen 2” opened on Nov. 22, 2019. © 2019 Disney. All Rights Reserved.

So, tune in on October 14th to see if Frozen II or any of the other Disney nominees snag a Billboard Music Award.