If you’ve been following along with us here a MickeyBlog then you know that at Walt Disney World they have been busy building a walkway that will allow pedestrians to walk from Disney’s Grand Floridian Resort & Spa to Magic Kingdom.  The work started back in 2019 and it looks as it is inching ever closer to completion.

As you can see from these images, signage has officially gone up at Magic Kingdom to point guests in the direction of the walkway which will provide a way to get between the resort and theme park on foot! 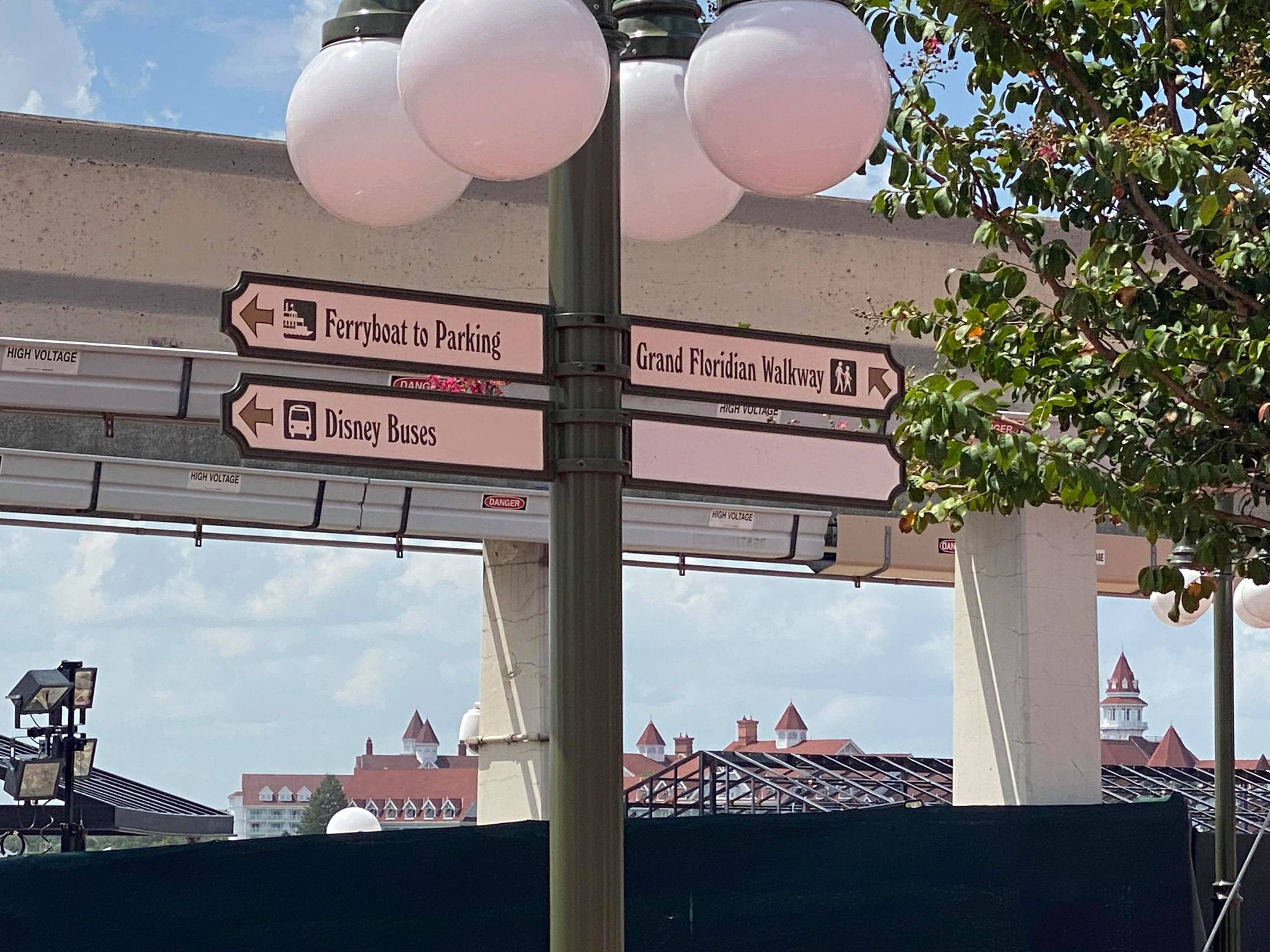 As you can see, the signage is up near the monorail line on the right side of the Magic Kingdom entrance/exit when you leave the park. 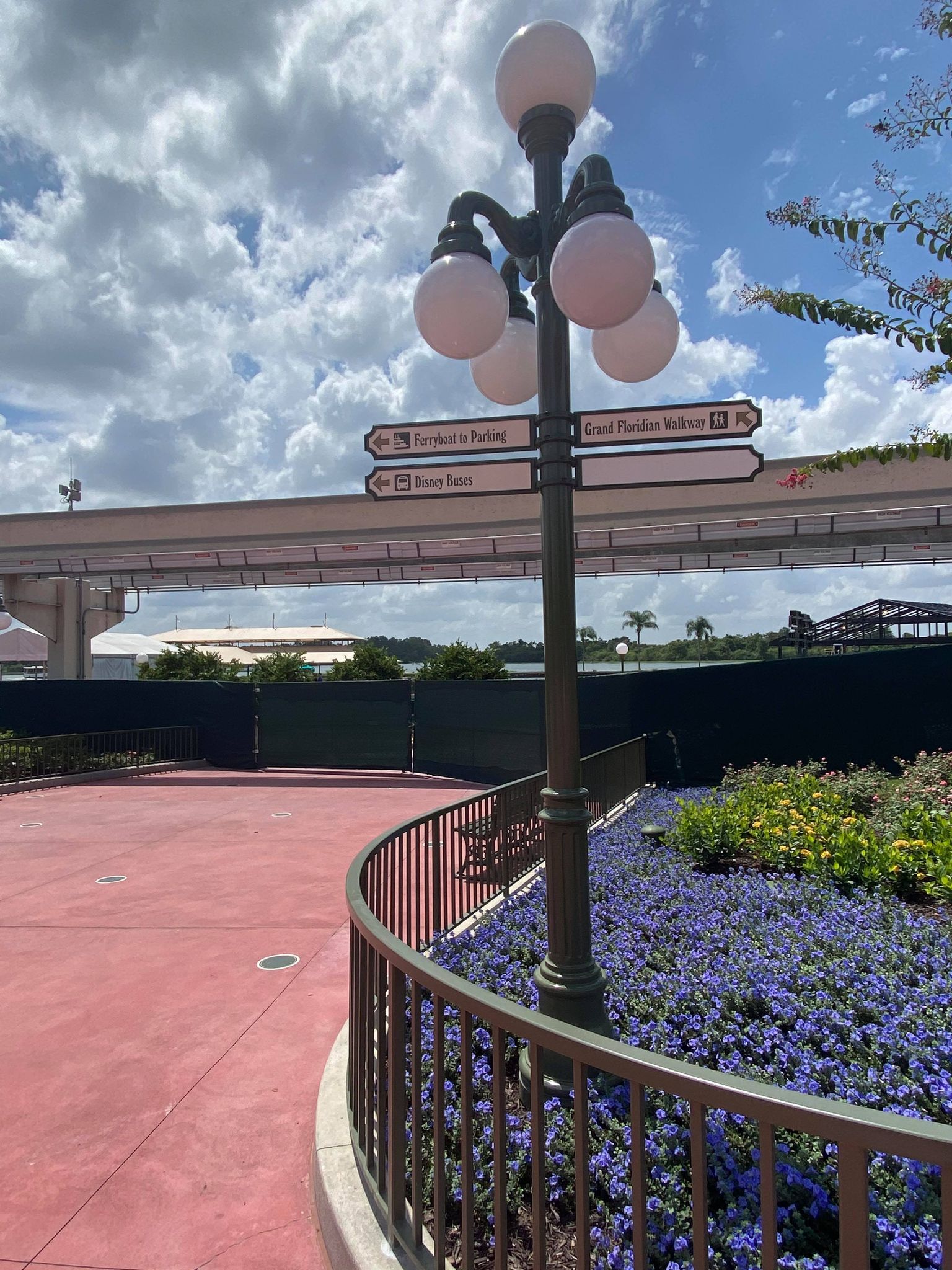 Currently the area is still partitioned off however, with the signage officially up, we suspect it won’t be long before the walkway is open. 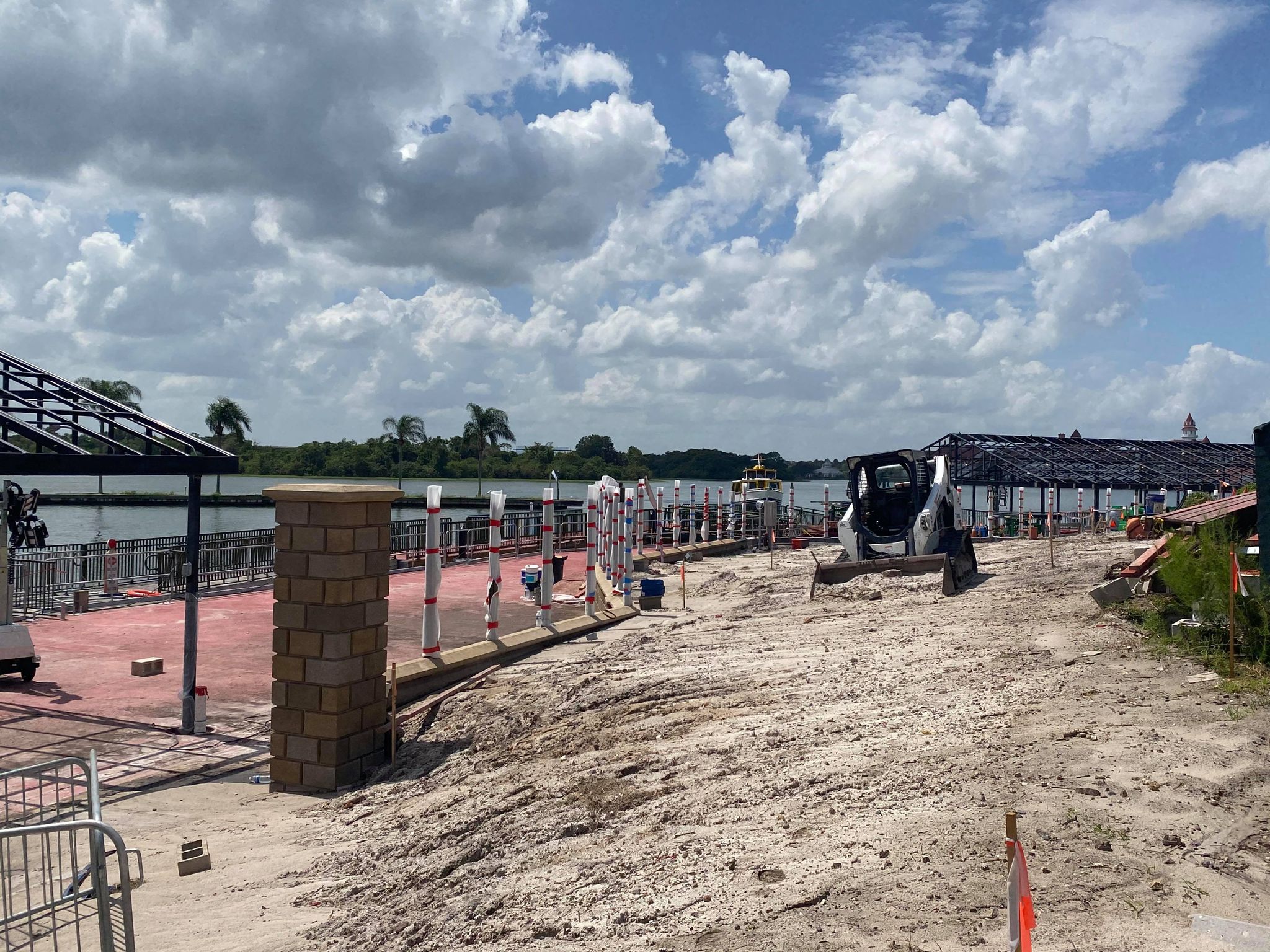 It looks like pavement has already been laid on this end of the project. Disney has also reported that a security checkpoint will be put in place so that guests can be screened prior to arriving at the theme park.  This is similar to what happens at the resort monorail stations. 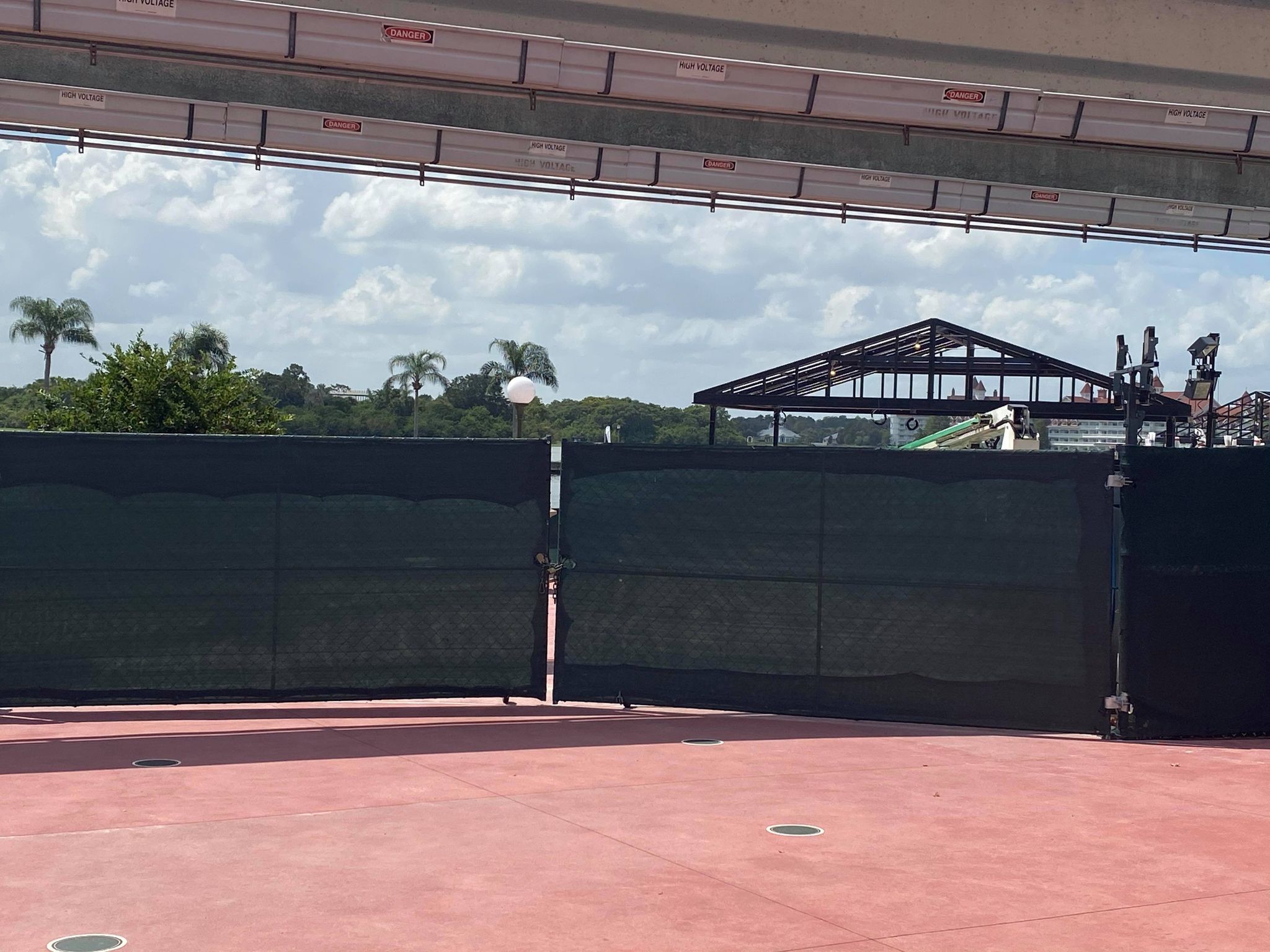 Previously we shared some images as to what the walkway actually looks like. I’ll recap a few of those just now! As you can see below, the work along the pathway was still very much in progress.  This shot was taken at the part of the path nearest the Magic Kingdom. 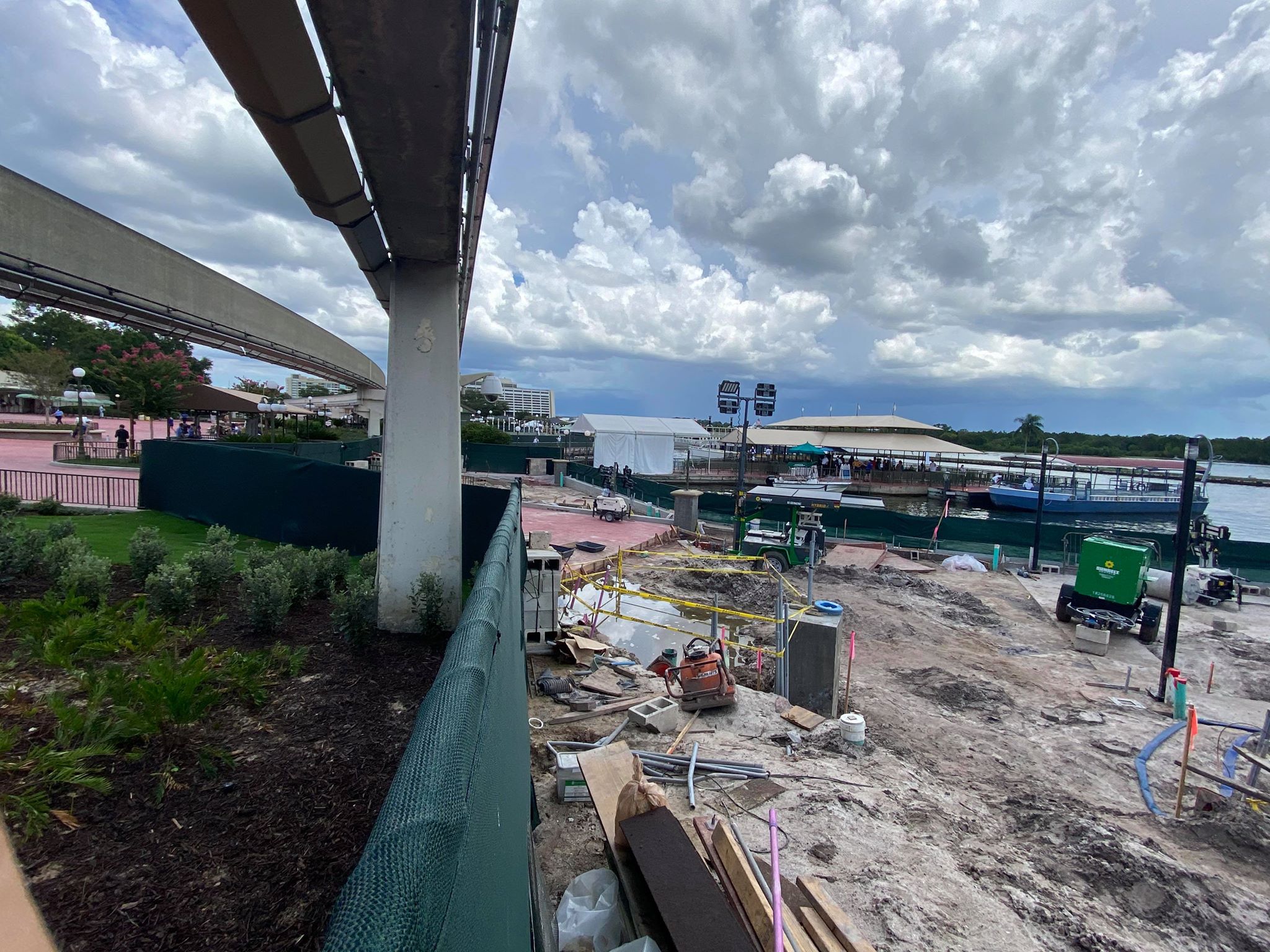 This is what construction looked like back in July on the other side of the partition.

According to permits filed, a pivot bridge is being incorporated into the path layout that will allow boats to continue to path through the waterways when guests aren’t crossing the area on foot. 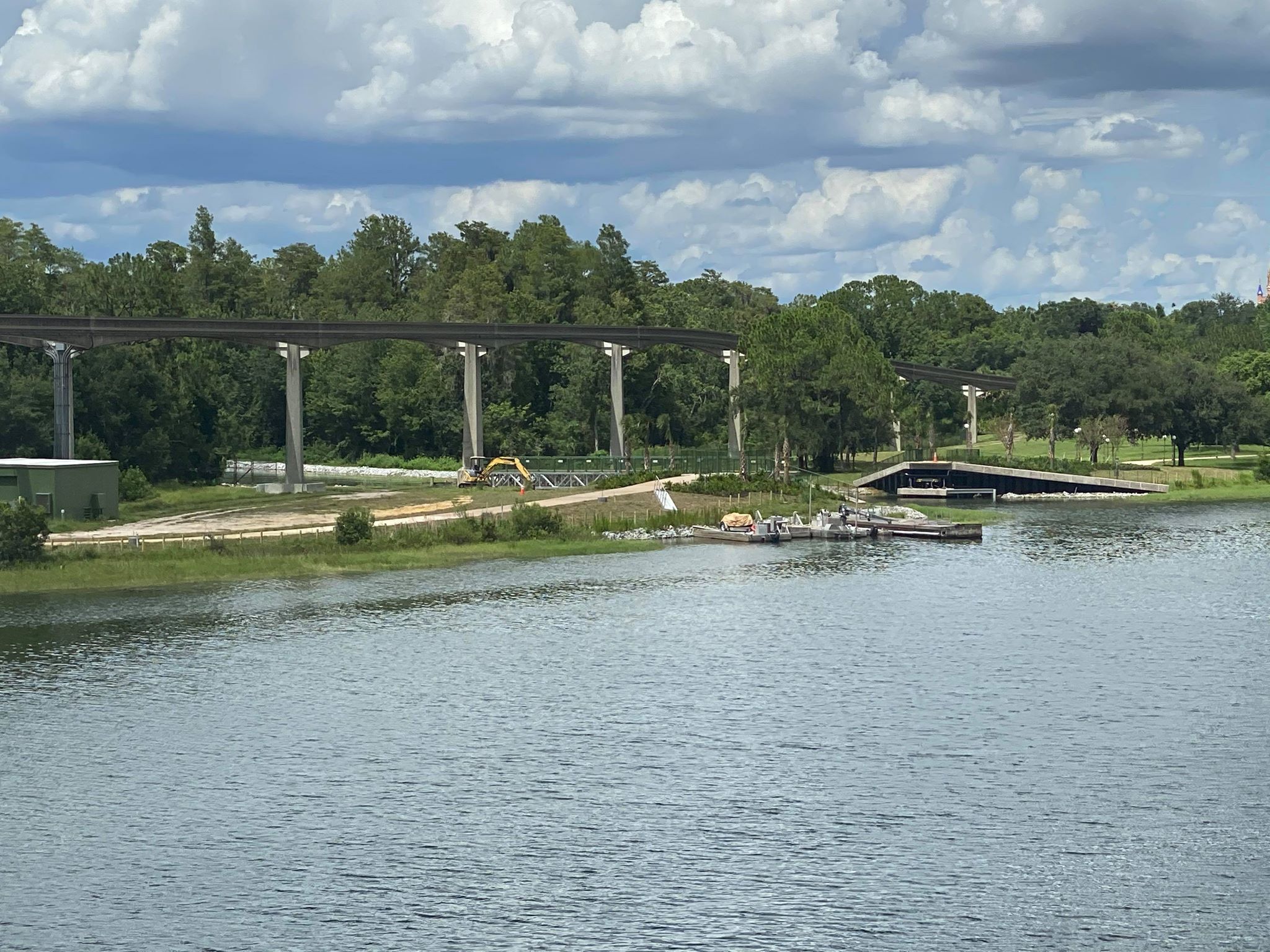 You can see that for the most part the monorail runs along the footpath including over the pivot bridge area pictured above. 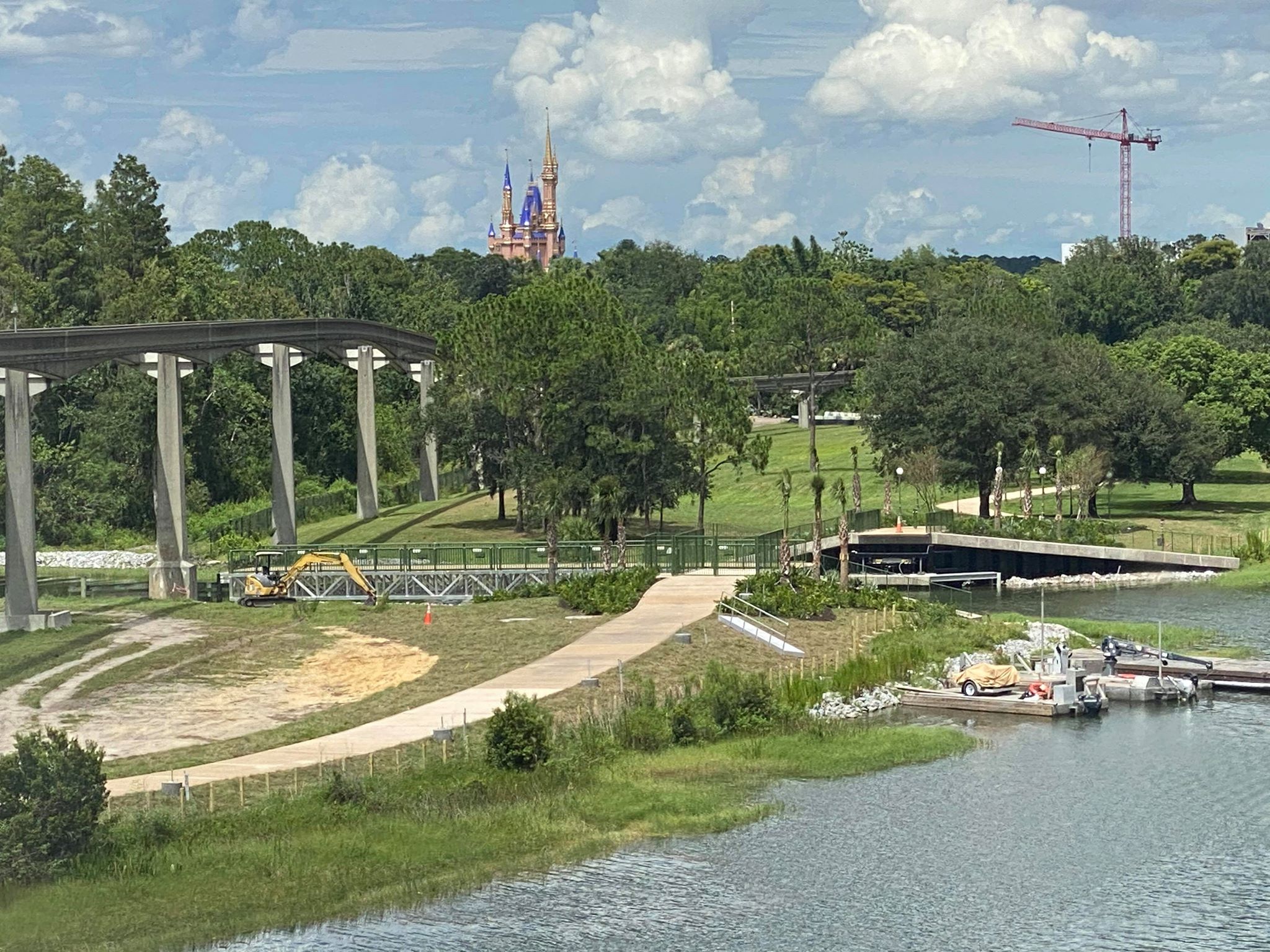 This image shows the bridge from Grand Floridian with Cinderella Castle in the distance. You can see that the entire path is paved and that there will be lighting. 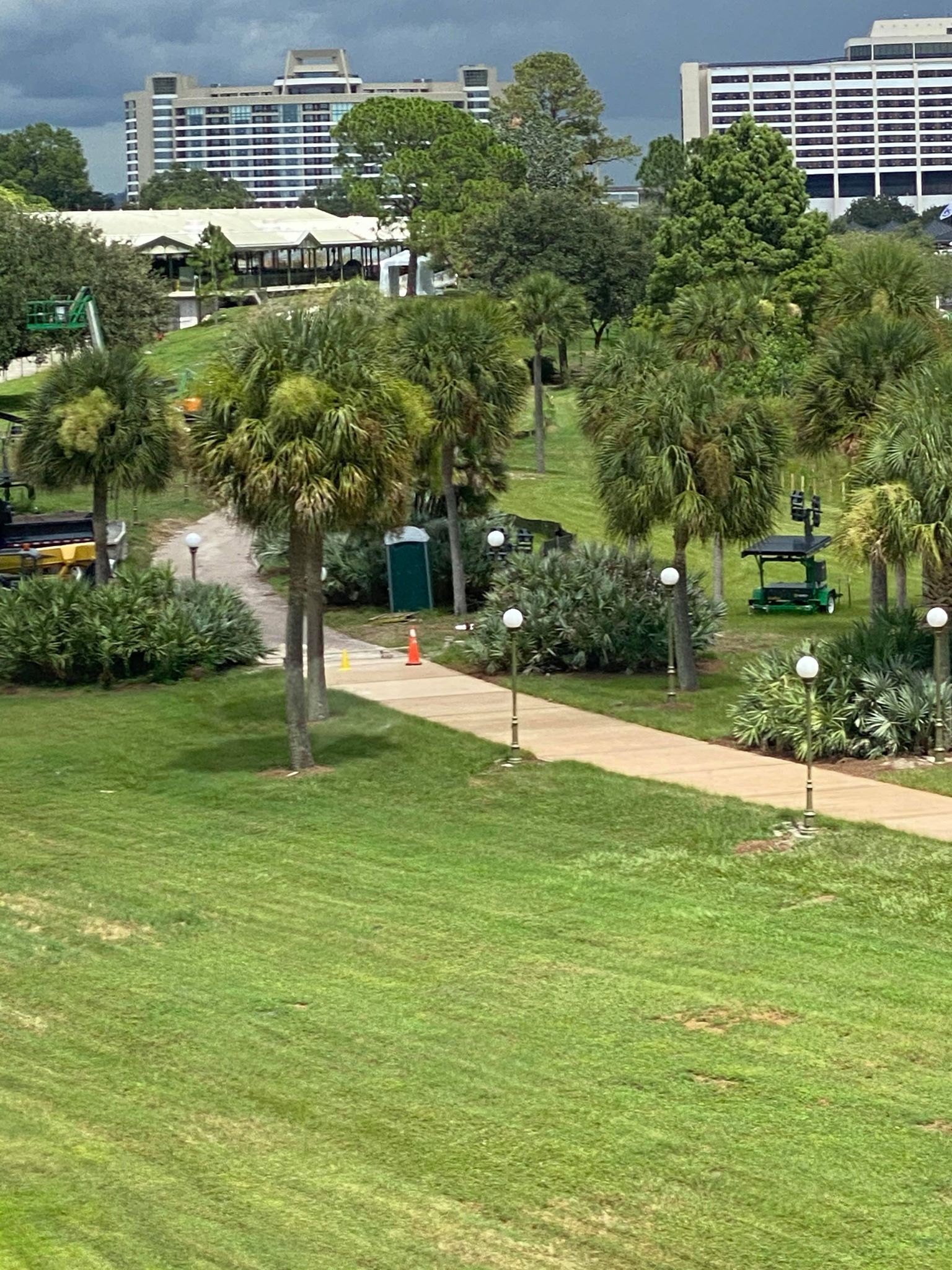 Here’s another look at the footpath with streetlamps. 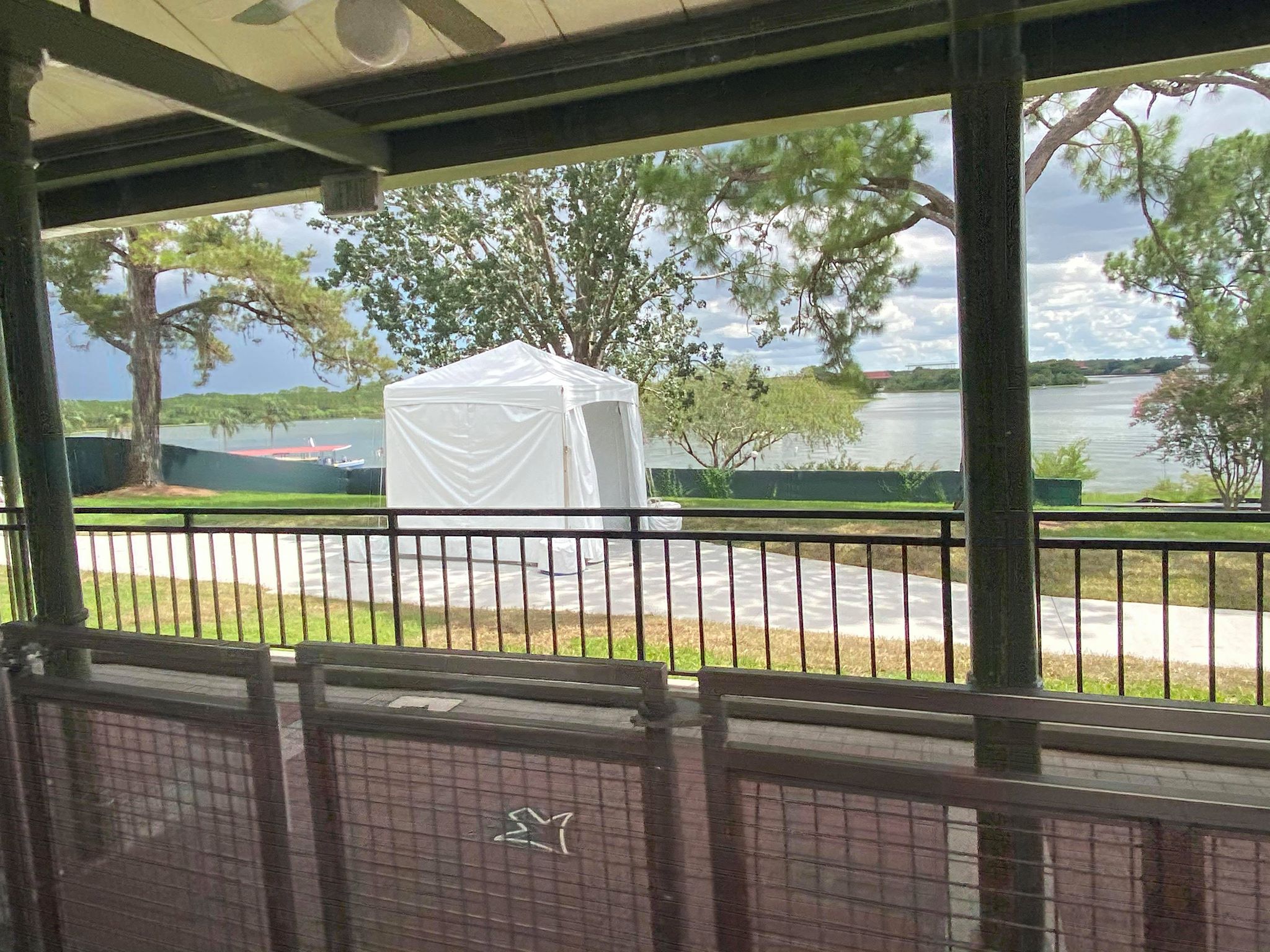 As we mentioned above, tented checkpoints are also being put into place. Guests using the footpath will need to clear security coming in and out of the Magic Kingdom.