After A Drought Daisy Ridley Is Back In Bloom

Not long after admitting she hit a vocational dry spell, Daisy Ridley is flush with opportunities.

Ridley confessed that after she wrapped up her work on The Rise of Skywalker; she went on several auditions for new roles but ended up not getting any of them.

Consequently, in August, she told EW.com: 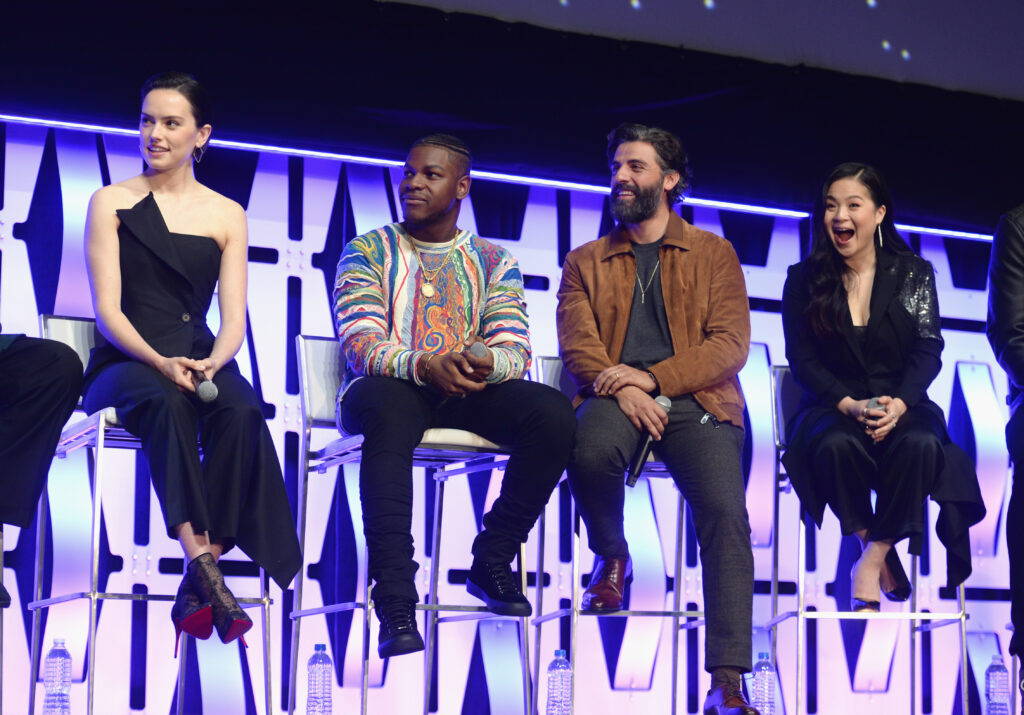 “It was so sad to finish [Star Wars],” she says over Zoom from London.

When the film was released, I was like, ‘Oh my God.’ It was such a huge chapter. And, weirdly, the past few months of not having much… Obviously now it’s really nice to be working, but not having much [at the time] I feel like I processed the last five years. To be forced to slow down, it was good mentally for me because [Star Wars was] a big thing in my life.”

“Weirdly, at the beginning of the year nothing was coming through,” she continues. “I was like, ‘Aww! No one wants to employ me…

“I had that moment of ‘Oh my god!’ and then just thought ‘everything in its right time,'” she says.

And apparently, that time is NOW. 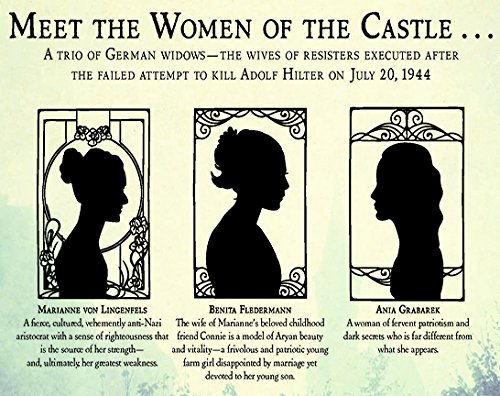 The Hollywood Reporter revealed that she’s slated to star alongside Kristin Scott Thomas and Nina Hoss in the upcoming Women in the Castle. The film, based on a 2017 best-selling novel of the same name, will take place in post-World War II Germany and deal with the aftermath of Nazi occupation.

While Women in the Castle isn’t expected to begin filming until early 2021, Daisy Ridley has nabbed some other roles that could keep her busy in the meantime. According to IMDB, she is attached to eight additional projects that are slated for release in the next couple of years. 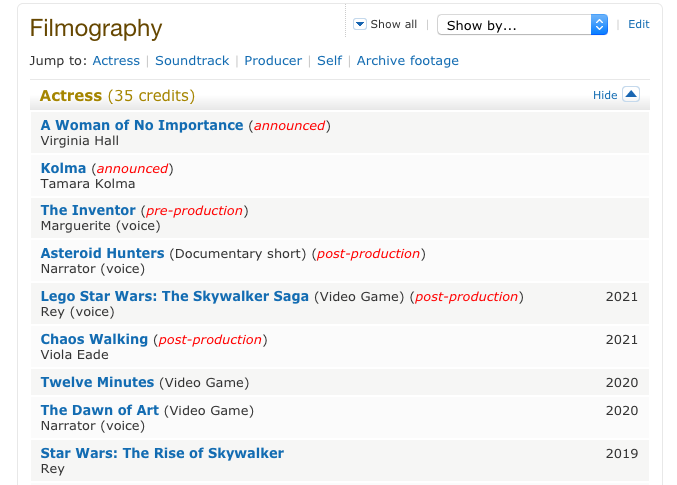 I mean, really, was ANYONE really worried that DAISY RIDLEY would be off-screen for very long?