First Teaser Trailer Now Available For Death On The Nile

Fans of Kenneth Branagh’s cinematic adaptation of Agatha Christie’s novel Murder on the Orient Express, will be excited to know that a follow up- Death on the Nile is on the way and Disney (which now owns 20th Century Studios) has released the first teaser trailer for the film.

As you can see from the image below, an all-star cast has been assembled including Branagh in the role of Hercule Poirot as well as Gal Gadot (Wonder Woman), Letita Wright (Black Panther) and Rose Leslie (Game of Thrones.) 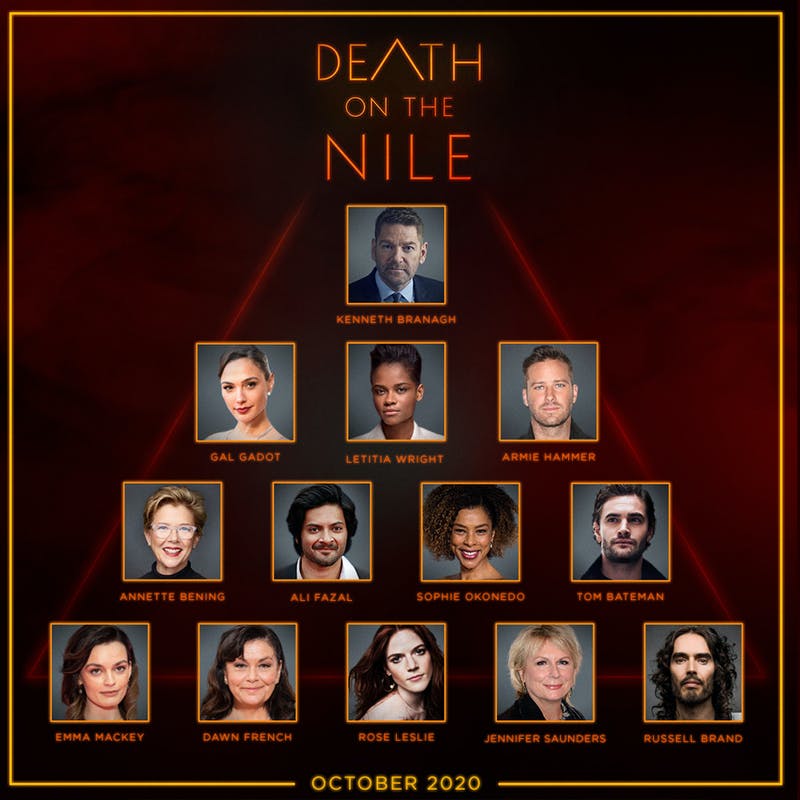 Death on the Nile is a slightly darker Christie tale with Poirot being brought into an investigation of foul play aboard a river steamer. There he’ll become embroiled in a crime of passion where everyone is as suspect.

Take a look at the trailer below:

The official synopsis for the film is as follows:

“Belgian sleuth Hercule Poirot’s Egyptian vacation aboard a glamorous river steamer turns into a terrifying search for a murderer when a picture-perfect couple’s idyllic honeymoon is tragically cut short. Set against an epic landscape of sweeping desert vistas and the majestic Giza pyramids, this tale of unbridled passion and incapacitating jealousy features a cosmopolitan group of impeccably dressed travelers, and enough wicked twists and turns to leave audiences guessing until the final, shocking denouement. Death on the Nile reunites the filmmaking team behind 2017’s global hit Murder on the Orient Express, and stars five-time Academy Award nominee Kenneth Branagh as the iconic detective Hercule Poirot.”

The film is slated to hit theaters this October. Readers are encouraged to keep following along with MickeyBlog for more 20th Century movie news and updates!