As we previously reported here at MickeyBlog, Mexico created a special heroine during the COVID-19 pandemic to help kids understand the importance of social distancing. Susana Distance, the character that promotes physical separation to avoid possible contagions will soon be a Walt Disney Character as reported by several Mexican media outlets.

Susana Distance, the Mexican heroine that promotes physical separation to avoid possible contagions from COVID-19, will be a Walt Disney character, as reported by several Mexican media, citing local authorities. The Mexican authorities said that Disney reach out to them from the United States Embassy in Mexico and said they wanted to download the videos of Susana Distancia to put them on its channels at no cost.   This news was revealed during a press conference by Ricardo Cortés Alcalá, head of the General Directorate for Health Promotion, at a press conference reported by the Récord newspaper. 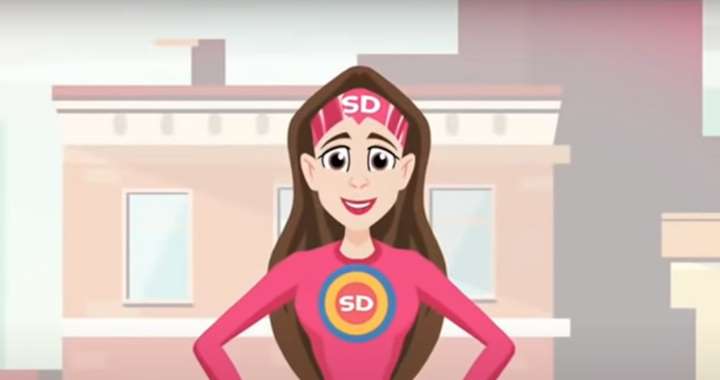 Susana Distancia made her debut back in March 20th in a campaign from the Mexican government to promote social distancing. The character was introduced on Twitter with the caption, “I am Susana Distancia, I have a superpower that helps me to stop the COVID-19. When I extend my arms I can create a space of 1.5 meters that keeps.”

Apparently after the character was introduced to the world, Disney contacted Mexico via the United States Embassy.  Disney said they will be broadcasting the videos on all their channels and will not charge advertising costs to the Mexican government.

According to health authorities Mexico has had over 378,000 coronavirus cases in Mexico including over 42,000 deaths.  We will continue to follow this story to see if we see Susana Distance crop up in any Disney programming in the future.