As we previously reported, when the NBA restart beings at the ESPN Wide World of Sports Complex in Walt Disney World, the official game courts will have “Black Lives Matter” painted on them. Today, we are getting our first look at the courts thanks to @Malika_Andrews on Twitter.

Here is the NBA restart court in Orlando: the spaced out chairs are the socially distanced bench, Black Lives Matter is written on the court. pic.twitter.com/XGJu1w4QLC

In addition, @BleacherReport on Twitter has also posted a video of the NBA courts inside the ESPN Wide World of Sports Complex:

As you can see, in addition to “Black Lives Matter” being written on the courts, socially distanced chairs have been set up to act at the bench for each NBA team. 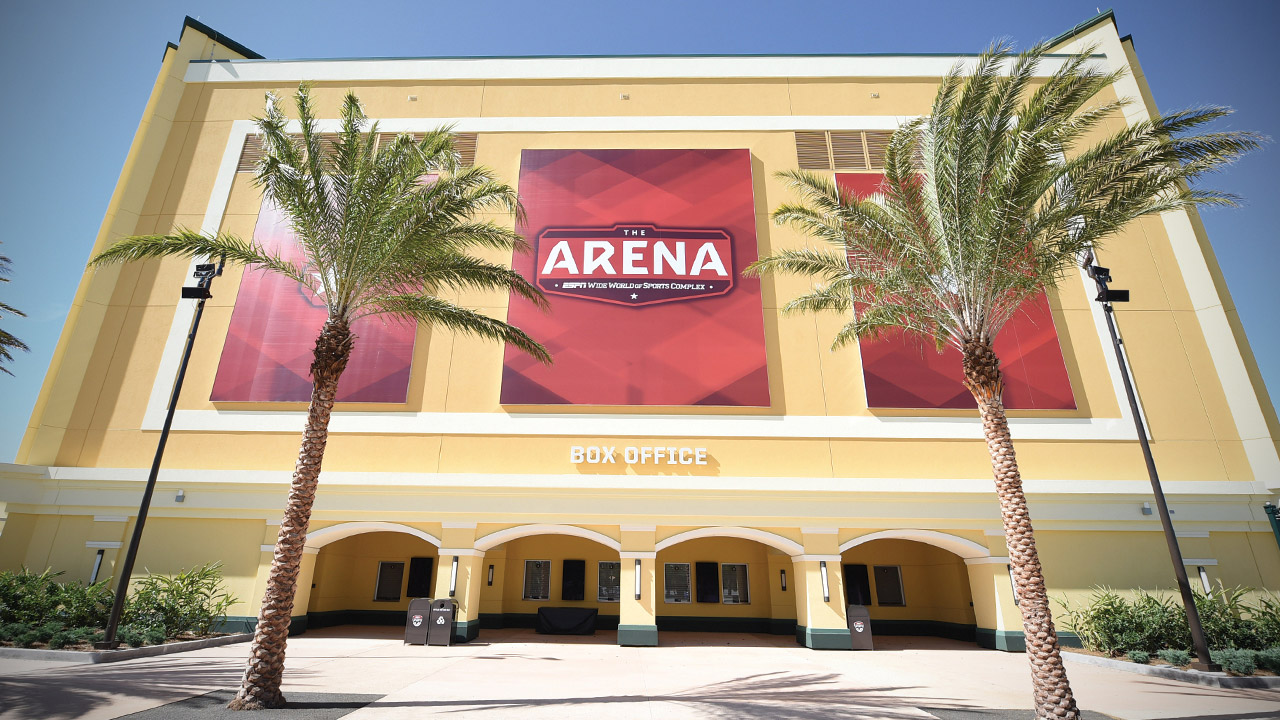 While exhibition games have begun this week, the official NBA regular season restart games will begin on on Thursday, July 30. The rest of the season will consist of each team playing eight regular season games. From there, the playoffs will begin and then the NBA Finals will begin mid-September with the season coming to an end around the beginning to mid-October.

While NBA players and staff are inside the NBA “Bubble” at Walt Disney World, several health and safety precautions have been implemented including frequent COVID-19 tests. As of yesterday, it was reported that no players tested positive for COVID-19 since July 13.

What do you think of the “Black Lives Matter” NBA courts inside the ESPN Wide World of Sports Complex at Walt Disney World? Let us know in the comments below.

Let’s start planning your Walt Disney World vacation! Are you a teacher or someone on the front lines battling the virus? Fill out the form below or send an email to Holly@MickeyTravels.com for a FREE, no-obligation quote to book your Disney vacation. Plus, if you are a teacher or someone on the front lines fighting this virus, you will receive a Disney Gift Card when you book your Disney vacation with me by December 31, 2020. As an agent with MickeyTravels (a Platinum Earmarked Agency), I will be on hand to help you with everything from finding your perfect package and I offer rate monitoring to ensure you are receiving the best rate available by Disney. I work with all Disney Destinations and destinations outside of Disney. Best of all, my services are absolutely FREE. Get in touch via email at Holly@MickeyTravels.com or calling 954.401.9577. Also, make sure to CLICK HERE to follow along with my Facebook page for all things Disney and giveaways!