As we previously mentioned here at MickeyBlog, Walt Disney World and Actor’s Equity Association continue to try to reach an agreement regarding having their Equity members return to work.  Actor’s Equity had grievances regarding Disney’s health and safety plans arguing that temperature checks should be provided for all union members especially performers who can’t wear a mask onstage.

With talks remain ongoing it looks like Disney is finding ways to work around absent performers. 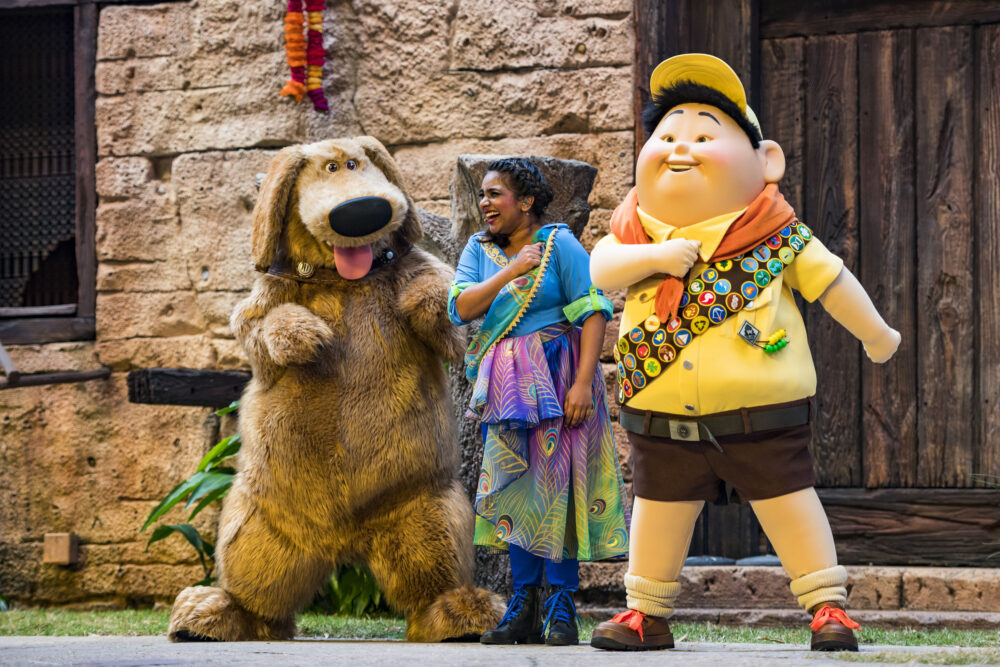 UP! A Great Bird Adventure” at Disney’s Animal Kingdom is a show featuring Russell and Dug from the Disney¥Pixar animated comedy adventure film ÒUP.Ó The performance offers guests the chance to see Senior Wilderness Explorer Russell and his fuzzy friend Dug in a new adventure that includes encounters with exotic birds from around the world. (Matt Stroshane, photographer)

As a recent piece in the Orlando Sentinel tells us, Actor’s Equity represents about 750 performers. This includes cast in productions like Beauty and the Beast- Live on Stage, Finding Nemo and Hoop-Dee-Doo Musical Revue. The union has been pushing Disney to provide COVID-19 testing for all performers however Disney World feels the safety protocols already in place are comprehensive enough.

As a result, Equity filed a grievance. This came after Disney cancelled a planned recall to work for Equity performers. The two sides are supposed to get together to chat through options tomorrow (July 20th.)

However, with negotiations ongoing, Disney has had to make changes to some of its productions. Once such example is “Up! A Great Bird Adventure” which is now called “Feathered Friends in Flight.”   The difference? The previous version had an equity actor in the role which has since been replaced by one of Animal Kingdom’s Animal Behavioural Specialists. 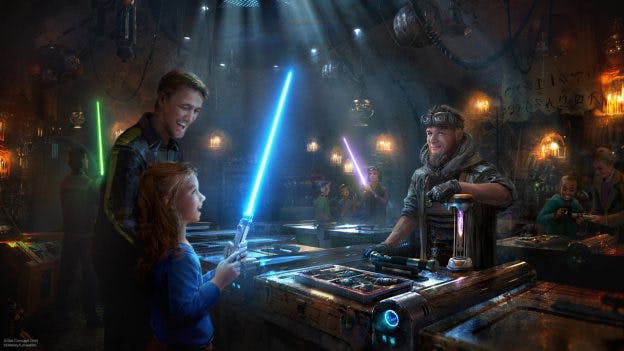 Another example is Savi’s Workshop which is now reopened at Star Wars: Galaxy’s Edge.  However, the Equity-represented actor at the shop has been replaced and the preshow all but eliminated. Instead guests can create their own lightsaber but without the theatrical element and special effects.

As the Orlando Sentinel points out, if you visit the website “UP!” and “Savi’s Workshop” are listed as temporarily unavailable. This means that there is still a possibility that they may return. But the changes and the Disney’s decision to go ahead without them has not gone over well with equity members- many of whom are now worrying about being replaced or squeezed out of their jobs.

Disney’s agreement with Actors’ Equity lasts until 2022. If discussions between Disney and Actors’ Equity cannot resolve the grievance, an arbitrator will be called in. This is a story that we’ll continue to follow closely here at MickeyBlog so keep checking in with us for further news and updates!