If like me, you are stuck telecommuting from home elsewhere in the USA, live streams from Disney World are where it’s at. And, thank goodness, MickeyBlog.com’s Greg Antonelle is broadcasting his new WDW adventures like it’s his job.

So, yes, Greg and the gang were back at Walt Disney World on Wednesday. This time it was Epcot’s reopening. From World Showcase to Food and Wine and the (still under construction) Future World, they brought us the best of Disney World. 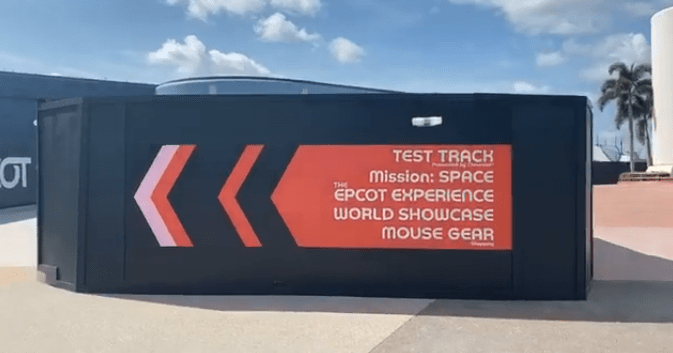 Cast members greeted the Mickey Blog gang as they returned to the park for the first time in four months.

Remember, Wednesday, July 15, was Epcot’s reopening, and MickeyBlog.com was the first into the park (after being last out of Magic Kingdom earlier this week).

“We have chefs, we have people from Mouse Gear, we have custodial, we have corporate executives,” said Greg pointing out the masked cast members greeting guests. “We were one of the first ones here – so exciting.”

Coming to you LIVE from the reopening of EPCOT!

Greg and Elyssa waved, “Hi!” to Winnie the Pooh, joined Figment on “Journey Into Imagination,” and toured Epcot’s “The Land” pavilion.

MickeyBlog.com was also able to show how thoroughly the cast members cleaned the Omni movers in the Imagination pavilion on the day of Epcot’s reopening.

Coming to you LIVE from Epcot’s reopening – Part 2! 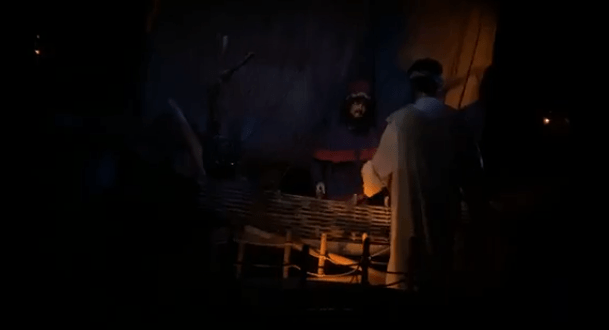 On the day that Disney officially announced that the current version of Spaceship Earth would continue its run, Greg brought us the full tour of Epcot’s signature attraction.

Of Spaceship Earth, Disney’s official site explains the current incarnation is no slouch:

It’s the flagship attraction of Epcot and the signature symbol of the park. To create the experience inside the iconic geosphere, Disney Imagineers assembled some of the world’s greatest talents.

The all-star roster includes Academy Award® winner Judi Dench as the narrator and Emmy® winner Bruce Broughton, who conducted a 63-piece orchestra and 24-voice choir for his musical score. If you listen closely, you’ll notice that the music for each scene features styles and instruments appropriate to the era, transitioning seamlessly into the next—no small feat.

No small feat to film it, either. But we think Greg did a fine job of filming Epcot’s reopening.

Coming to you LIVE from Epcot’s Reopening – Part 3! After a terrific meal at Le Cellier in the Canada pavilion, Greg and Elyssa made their way through the Epcot International Food & Wine Festival – a “Taste Tour” around six continents.

Mickey Blog made its way around World Showcase on a beautiful summer day in Central Florida.

The view of the Disney Skyliner is screenshot-worthy.

Coming to you LIVE from Epcot’s reopening – Part 4!

Today, Mickey Blog is at Disney’s Hollywood Studios, so stay tuned for a full recap from Toy Story Land, Echo Lake, and — of course — Galaxy’s Edge.