We’ve got exciting news for fans of FuelRod’s rapid chargers with kiosks found throughout Disney’s parks and resorts.  According to a backlash and a class-action lawsuit, the company that operates the portable charger swapping machines WILL NOT start charging a recharge fee after previously promising “unlimited free swaps.”

FuelRod announced last year that they would start charging a $3 fee for swapping out your FuelRod charger at Disneyland and Walt Disney World. However, users of the system argued that they were promised FREE charging at the point of purchase.  With the lawsuit pending, Disney officials said that guests can continue to swap out their chargers at no additional cost.  The suit filed last October by a Los Angeles firm sought $5 million in damages from Tricopian Inc. and SaveMe Batteries North America which are the parent companies of FuelRod. 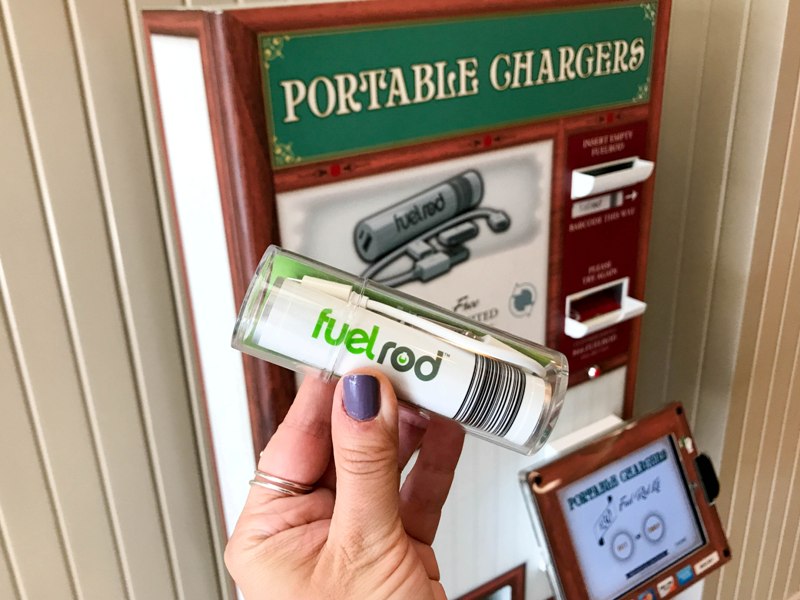 Apart from Disney, FuelRod also operates swapping machines at Universal Studios, SeaWorld, major airports and more.  The suit was filed in Los Angeles on behalf of plaintiff Gabriel Vaesey of Sarasota, Florida. In the suit Vaesey argues that he bought a $30 portable charger at Disney World that included “free unlimited swaps” at the kiosk machine. The lawsuit alleges breach of contract and false advertising by FuelRod with the company changing the primary benefit of the product that promised consumers that if they paid once for a charger they would get unlimited replacements. The Lawsuit said that the “Free unlimited swaps” were an integral part of FuelRod’s marketing message. The suit also claimed there were thousands of potential class-action plaintiffs. 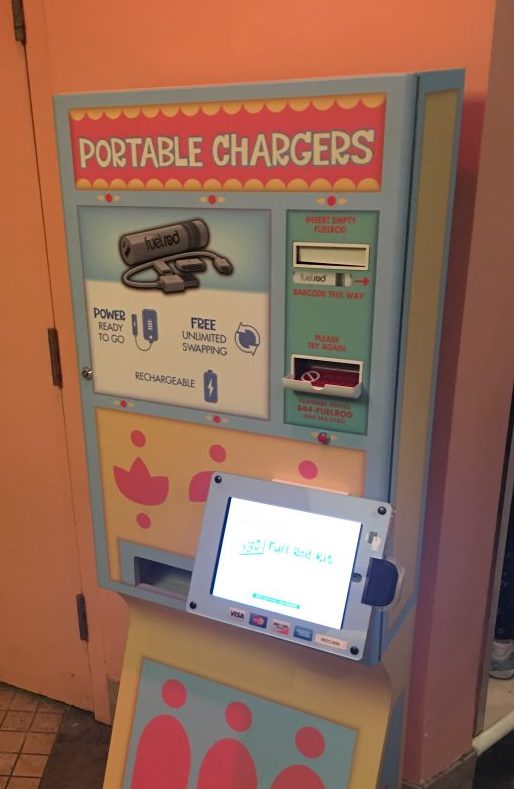 A common complaint of the chargers is that they do not charge as well as other portable charging devices on the market for half the cost.  The reason customers are willing to invest more is for the FREE swapping element that goes along with it. This is a story that we will continue to follow closely here at MickeyBlog. Readers are encouraged to keep folllowing along with us for further Walt Disney World news and updates.