According to a recent piece in the DailyMail, former child-star and cryptocurrency billionaire Brock Pierce may be throwing his hat into the presidential ring! Hot on the heels of Kanye West’s announcement, Pierce, 39, made the leap into the political race.

In a statement released by Pierce, he promises to use technology to enhance institutions and improve lives.  Pierce said, ‘I’ve spent my life creating great things from nothing and I can help others do the same. The entrepreneur released a video over the weekend announcing his candidacy let’s take a look:

‘Entrepreneurs are essential to the rebuilding of this nation that we love, and I’m running in this race because I know that together we can help build a pathway towards the rebirth of the America we love so much.’

Though most of you know Brock from his turn as Gordon Bombay in The Mighty Ducks, Forbes actually estimated that Pierce’s net worth was in the $700 – $1 billion range and he funds a number of cryptocurrency companies. Pierce currently lives in Puerto Rico.

Among his campaign promises is a stimulus check overhaul after the IRS sent out nearly 160 million checks in the US this year as a part of the coronavirus stimulus package. Other than that details regarding his campaign remain relatively vague with him advising his fans to “Stay Tuned.” 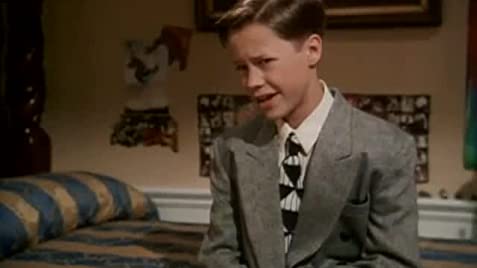 Interestingly enough, as the Daily Mail points out, Brock once starred as the teenage son of the president in 1996’s First Kid where he acted alongside Sinbad (who played his secret service guardian.) It should also be noted that there are some noticeable blemishes on Brock Pierson’s record. Back in 2014, three employees sued him for claim that he gave them drugs and asked for favors when they were underage.

It remains to be seen whether or not his political move has staying power. Many states have deadlines to get on the ballots which are due this month.  This is a story that we’ll continue to follow here at MickeyBlog so keep checking in for further news and updates!