The NBA is gearing up to restart their 2019/2020 season at Walt Disney World this month! While all games will be played at the ESPN Wide World of Sports Complex, practice facilities will be located at the Convention Center on Disney’s Coronado Springs Resort. Today, the NBA shared photos of teams’ courts being installed.

Laying down the practice floors!

Amid the COVID-19 pandemic, the NBA decided to create a “bubble” to host players, coaches, and staff at Walt Disney World. An extensive plan as put in place to keep all teams safe and healthy. NBA teams will be staying at one of three Walt Disney World Resort Hotels including the Gran Destino Tower at Disney’s Coronado Springs Resort, Disney’s Beach Club Resort, and Disney’s Grand Floridian Resort & Spa. Disney’s Coronado Springs Resort will serve as NBA headquarters hence the installation of the practice courts. 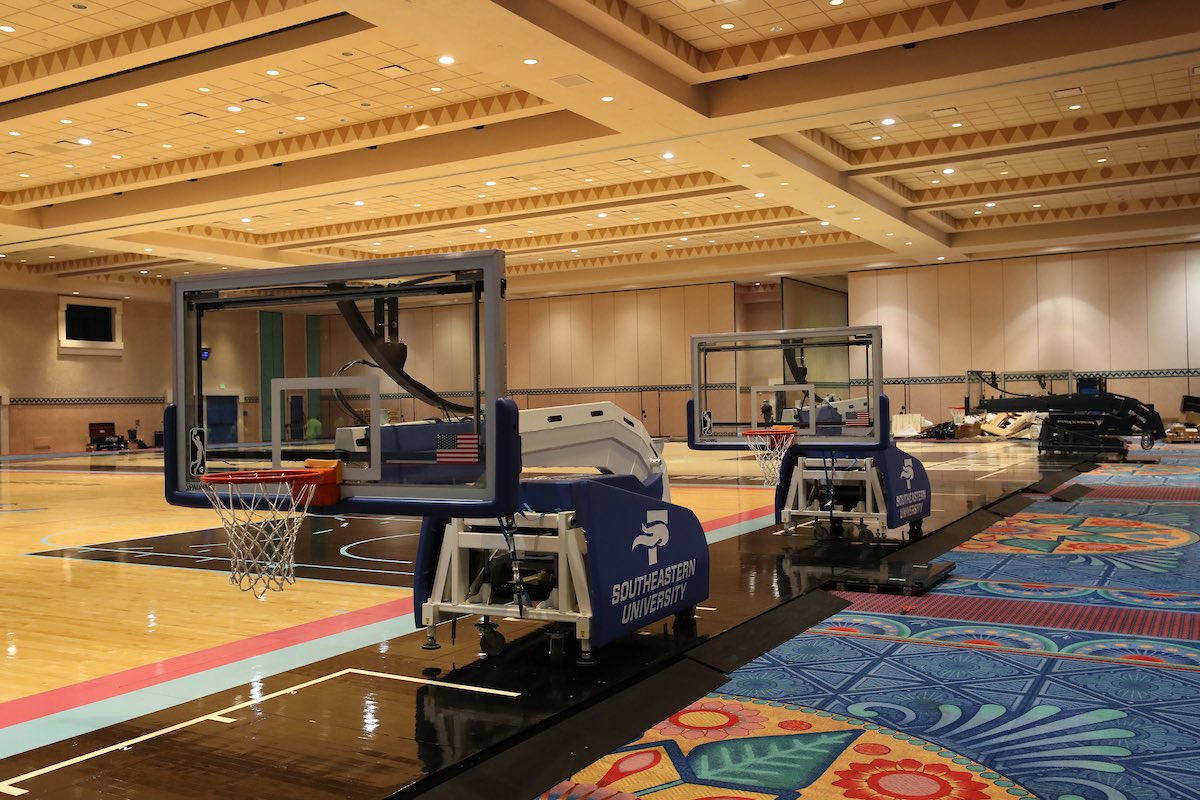 Over the weekend, MickeyBlog.com was in the right place at the right time and was able to snap photos of the custom mattresses being delivered to Disney’s Grand Floridan Resort & Spa specially designed for NBA Players. Custom bed frames are also being installed to accommodate the players. These mattresses will later be liquidated when the season ends.

NBA games are slated to begin at Walt Disney World on July 30 with most games airing on ESPN, TNT, ESPN, ABC, NBA TV, and League Pass. Games will be held without fans in attendance. The season will finish no later than mid-October when the final NBA finals game is played. 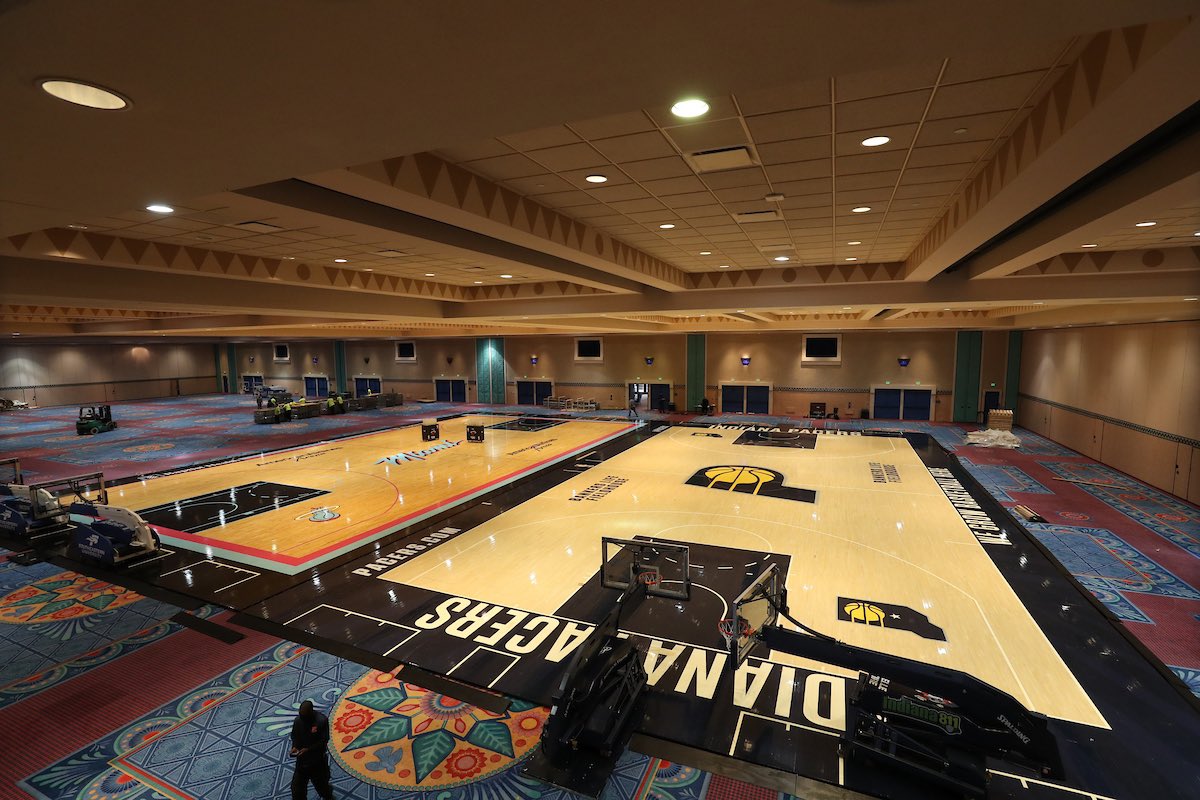 Who is your NBA team? As a Miami Heat fan, I’m thrilled to see the team sent their “Vice Wave” practice court! Can’t wait for the games to get started safely!