A New Trailer For Hamilton Has Just Dropped and It Is EVERYTHING!

Only one day to go before Hamilton makes its hotly-anticipated debut on Disney+ and we couldn’t be more excited. At least that’s what we thought BEFORE Disney dropped a NEW trailer for the show this morning.

NOW we are officially more excited than we were before! See what all the fuss is about with this awesome trailer here:

As we previously reported here at MickeyBlog, Hamilton marks a wonderful return to Disney for Lin-Manuel Mirando who as you know has worked on several other projects for the House of Mouse including Moana and starring role in Mary Poppins returns. Miranda is also currently working on a live-version of The Little Mermaid where he and Alan Menken collaborated on songs.

The fact that we get to enjoy the phenomenon directly in our living rooms on Disnye+ starting tomorrow is a sheer delight especially considering that back in February Disney originally revealed its plans to release ‘Hamilton’ in theaters in October of 2021. However, a lot has changed since then and due to COVID-19 as well as current events the decision was made to make the musical available on Disney’s streaming network beginning July 3rd.  The film is a recording of an original cast performance from several years ago. Since tickets were near on impossible to come by during the original Broadway run, this is a chance for many people to see Miranda in the role for the first time. 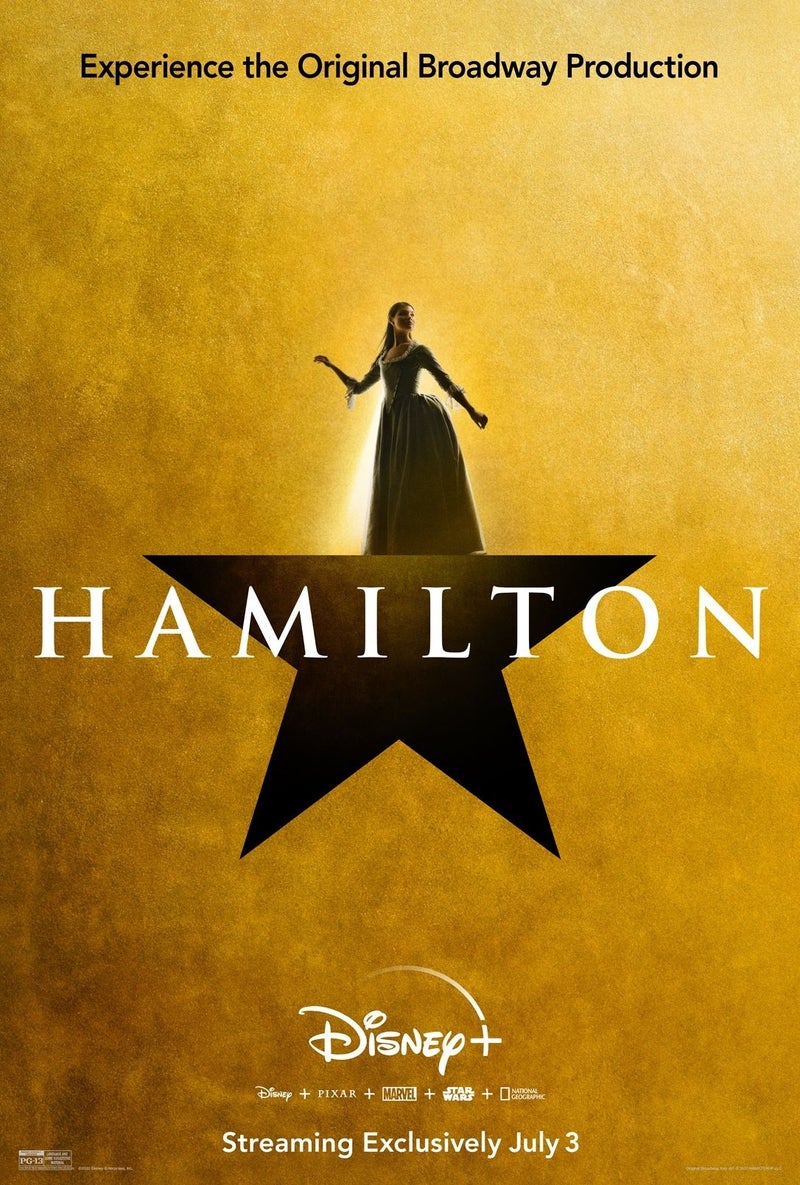 The official description on Disney+ says the following about ‘Hamilton’:

An unforgettable cinematic stage performance, the filmed version of the original Broadway production of ‘Hamilton’ combines the best elements of live theater, film, and streaming to bring the cultural phenomenon to homes around the world for a thrilling “once-in-a-lifetime” experience. ‘Hamilton’ is the story of America then told by America now. Featuring a score the blends hip-hop, jazz, R&B, and Broadway, ‘Hamilton’ has taken the story of American founding father Alexander Hamilton and created a revolutionary moment of theater – a musical that has a profound impact on culture, politics and education. Filmed at the Richard Rodgers Theatre on Broadway in June of 2016, the film transports its audience into the world of Broadway Shows in a uniquely intimate way.

This is a story that we here at MickeyBlog will continue to follow closely! Keep checking in with us for the latest Disney+ news and updates.