The best reporting comes out of a backpack. And earlier this week, MickeyBlog.com was in the right place at the right time to get some fun stuff on “film.”

And, of course, we tweeted about it. Folks noticed that tweet! 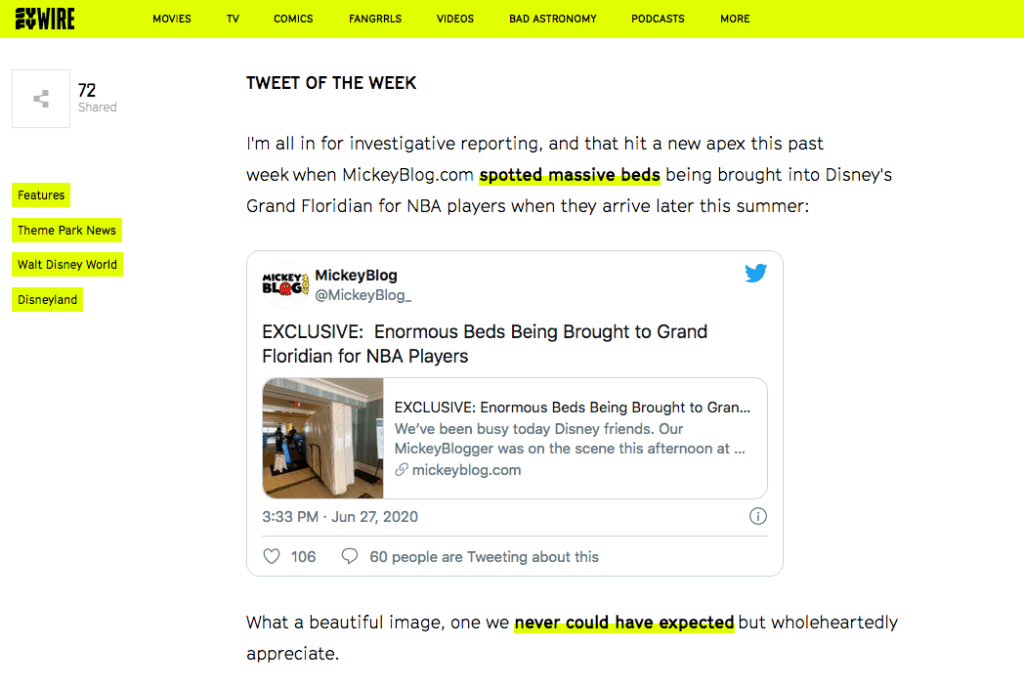 “I’m all in for investigative reporting, and that hit a new apex this past week when MickeyBlog.com spotted massive beds being brought into Disney’s Grand Floridian for NBA players when they arrive later this summer,” wrote Carlye Wisel of SyFy.com. “What a beautiful image, one we never could have expected but wholeheartedly appreciate.”

And how, pre tell, did our main man Greg Antonelle get that shot. 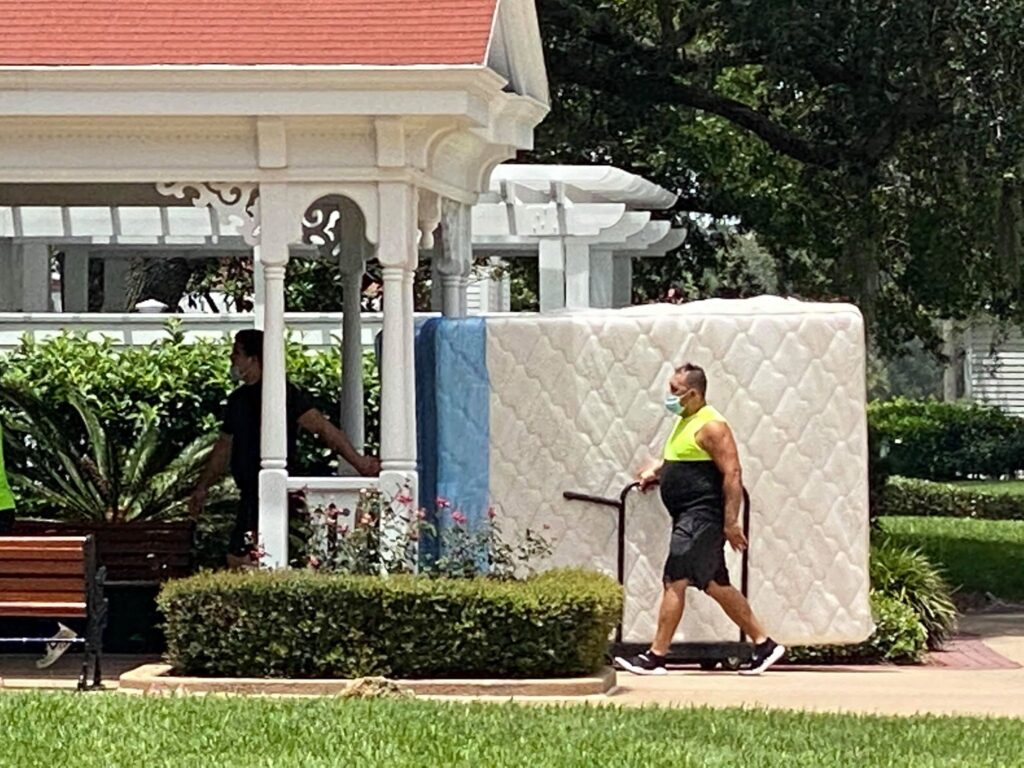 “I was in Disney Springs earlier in the day and decided to take a bus over to The Grand Floridian,” (as one does) explained Greg. “First to experience the new social distancing rules on the bus (signage, etc), second to just check out the atmosphere of GF.”

“I saw the chain link fence being put up by the workers and talked with a Cast Member about that for a bit.”

“Suddenly, I heard some voices and turned around,” continued Greg. “I saw a bunch of beds being rolled into an entrance of GF.

“I thought to myself, ‘Those beds are huge!’ With that, I quickly put two and two together and realized they must be specifically for NBA players. There was someone in charge there who I started talking to and I asked if he minded if I took some pics.

“His response was ‘knock yourself out.’ And there you have it…” 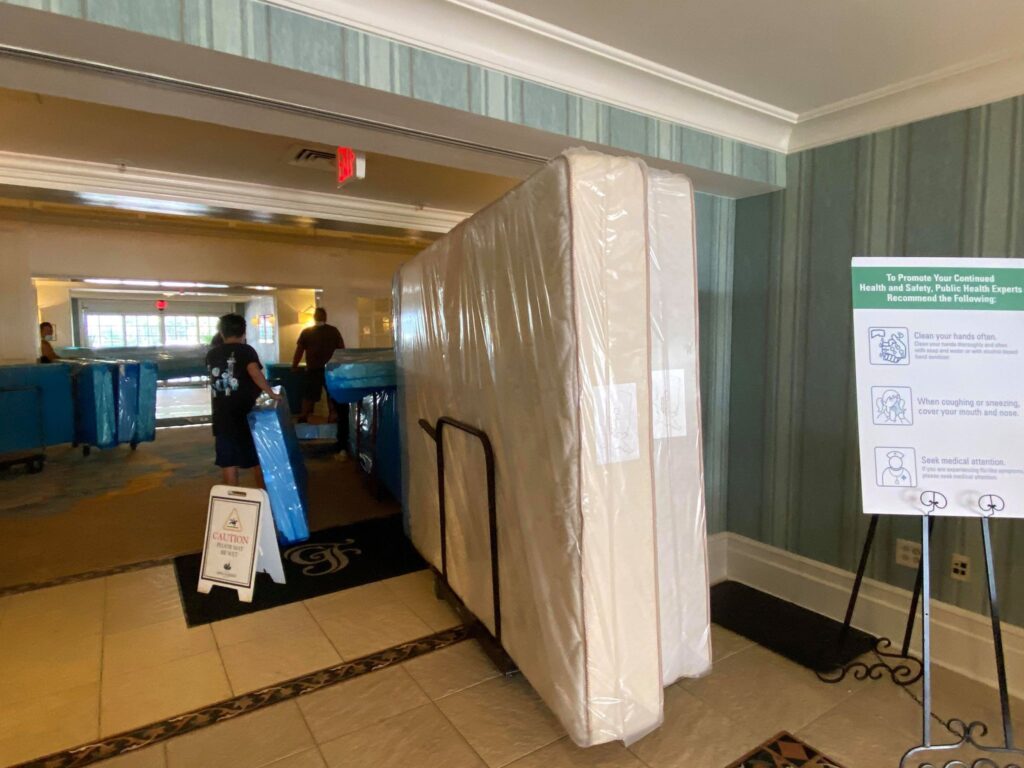 Ms. Wisel’s reaction to the tweet was just as priceless as Mr. Antonelle’s.

sorry but everything about this year is criminally unhinged including but not limited to basketball players’ big beds being dragged into Disney’s Grand Floridian https://t.co/UpnNHeRdxq

It’s necessary to report some of the details of the beds:

Gotta be worth a triple-double each night, no?