The Star Wars Show Book Club: Have you read Shattered Empire? Well, it might fill in some important blanks in the Star Wars Sequel Trilogy. 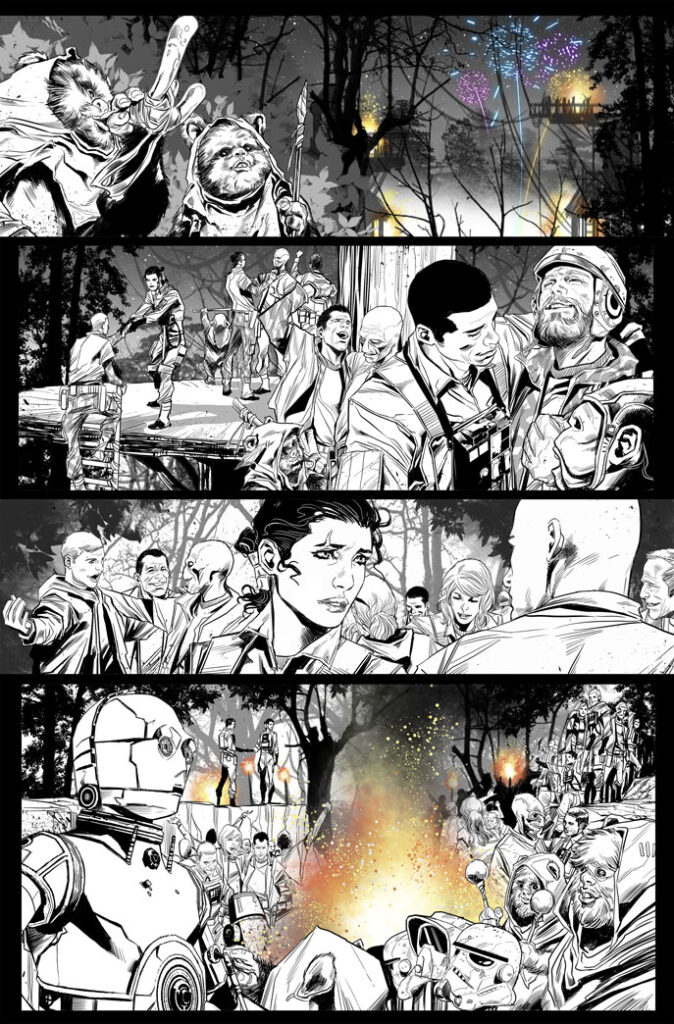 It might be the most important piece of Star Wars canon you haven’t encountered; particularly if comic shops remain off the itinerary.

But the collected ark of the “Shattered Empire” comics from Marvel set tells the story of some pretty important parents in the Star Wars Sequel trilogy.

Back in 2015, as Marvel prepared to publish the Shattered Empire comics as part of the “Journey to Star Wars: The Force Awakens,” StarWars.com teased it.

Shattered Empire: It Ain’t Over ‘Til It’s Over 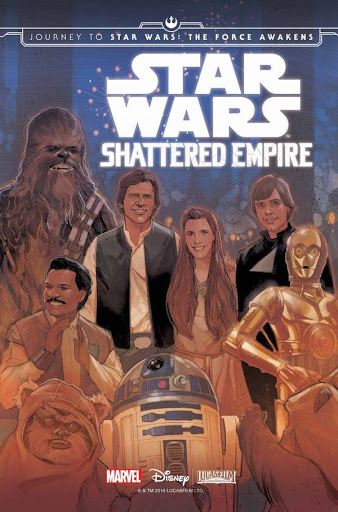 StarWars.com’s Dan Brooks interviewed writer Greg Rucka about the tome, just as the comics were coming to shops:

“When you’re young and you see Jedi,” series writer Greg Rucka tells StarWars.com, “you can look at the happy ending and go, ‘Hey, it’s over!’ But you get older and you start to think about it, and you realize, no it’s not. It’s not over at all.”

That’s the basis of Shattered Empire, which follows new characters Kes and main protagonist Shara Bey — husband and wife Rebels — as the struggle for freedom continues.

“Shara flies, Kes is a ground-pounder, and a very experienced one,” says Rucka. “So, they have spent more time apart than together, and they’re in the Outer Rim world where the Imperial presence is felt, and they’re hoping that they can bring an end to this. But they’re both very tired veterans, and they come out of [the Battle of] Endor with the elation that we see in [Return of the Jedi]. ‘We’ve won. It’s over.’ — only to discover that, no it’s not. The Empire was huge.” Despite the fireworks, despite the funeral pyre of Darth Vader, despite the joy on Endor, the Empire is far from broken. 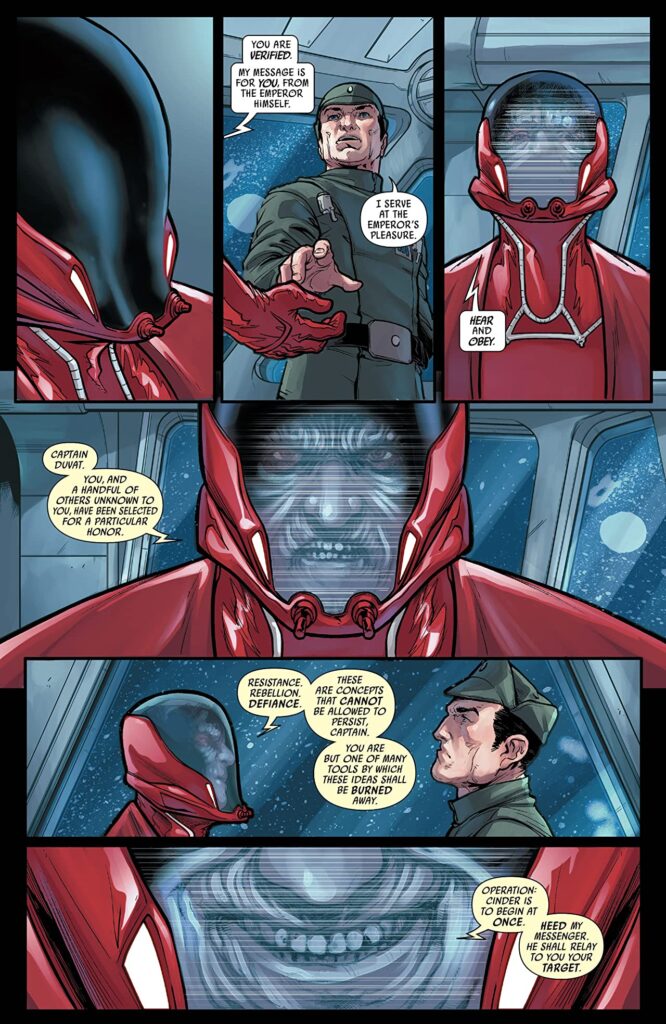 But the adventures of Ben Solo’s parents, Han Solo and Leia Organa — and Uncle Luke — are not unimportant, either. And recently, Kristin Baver and a bunch of Star Wars peeps break down the graphic novel.

The most telling passage from the video is when Will Sliney said, “One of my favorite things about Star Wars is, if you just move the camera over a tiny little bit to the right there’s just a full new story there.” 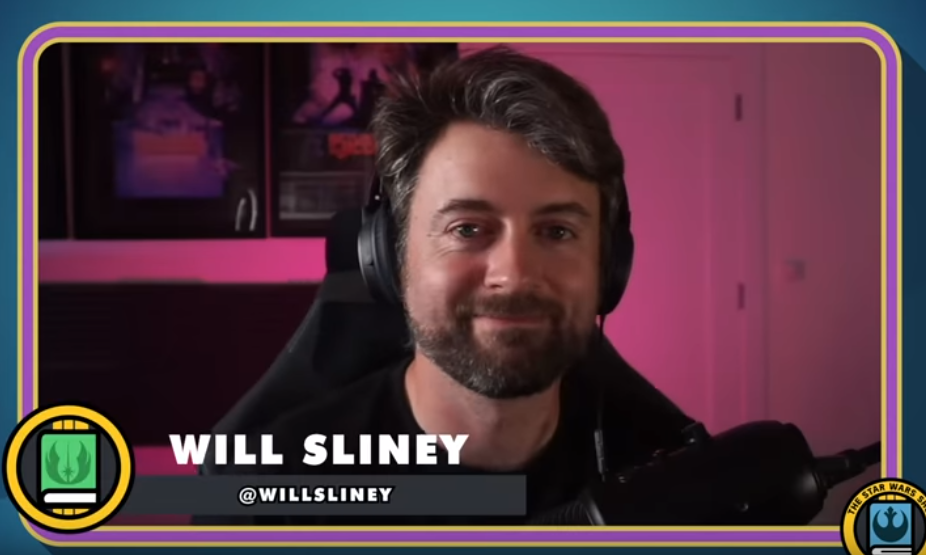 Agreed. And the crew did a great job of breaking down this must-have graphic novel!