This just sounds so cool. A French company will soon premiere a three-scenario, tabletop escape game.

What is the French for “A galaxy far, far away….”?

Dicebreaker, a site dedicated to “Board games. For everyone.” reported:

Unlock!, the escape room-in-a-box series, is visiting the universe of Star Wars in an upcoming spin-off.

Unlock! Star Wars was revealed by Asmodee France in a tweet that teased a box set containing three scenarios set in the galaxy far, far away. The artwork appears to show the frosty planet of Hoth seen in The Empire Strikes Back, a space battle involving TIE Fighters and a Star Destroyer, and Imperial stormtroopers riding a vehicle in a desert location.

Each scenario is said to feature an original story outside of the films’ main events based on different factions in the Star Wars universe: the Rebel Alliance, Empire and smugglers. The three adventures are said to be slightly easier than other Unlock! scenarios, varying between easy and medium difficulty. 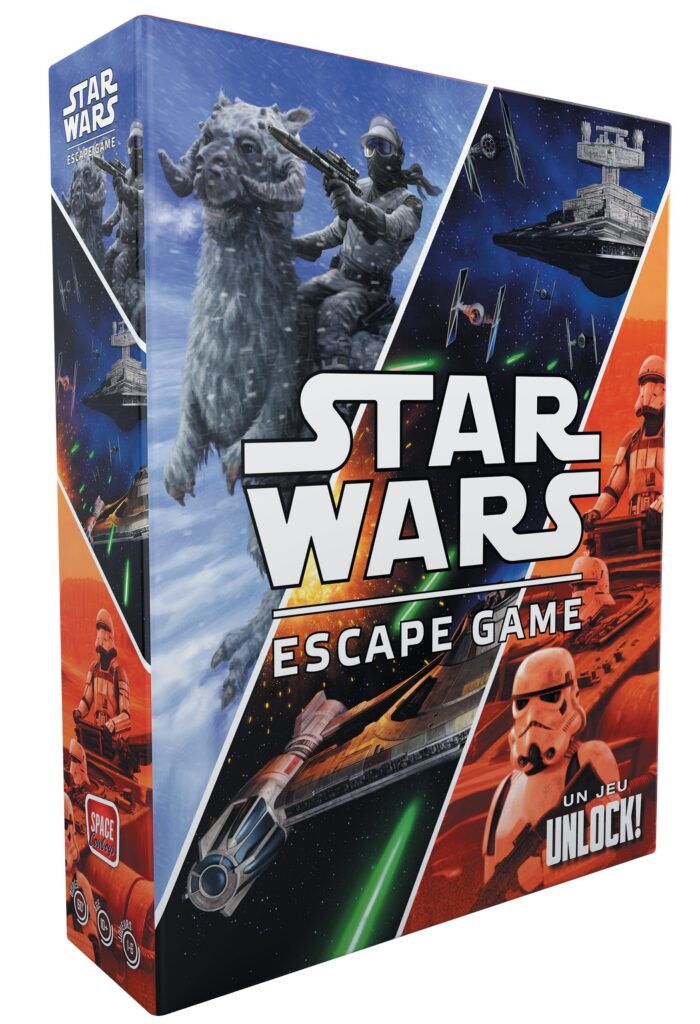 You are Outer Rim smugglers transporting contraband for Jabba the Hutt, and you have just been captured by an Imperial Star Destroyer. Your mission is to break out of your cell, find your droid co-pilot, and escape with your illegal cargo.

You are part of the Rebellion, stationed at Echo Base on the ice planet Hoth. You are on routine patrol with your tauntaun mount when the base becomes unreachable via communications. Your mission is to continue your patrol, explore the planet, and contact Echo Base.

You are an Imperial spy attempting to retrieve a crate of kyber crystals after the shuttle carrying them crashed. Your mission is to recover the kyber crystals while maintaining your cover story and avoiding the attention of Rebel scum Saw Gerrera and his band of mercenaries. 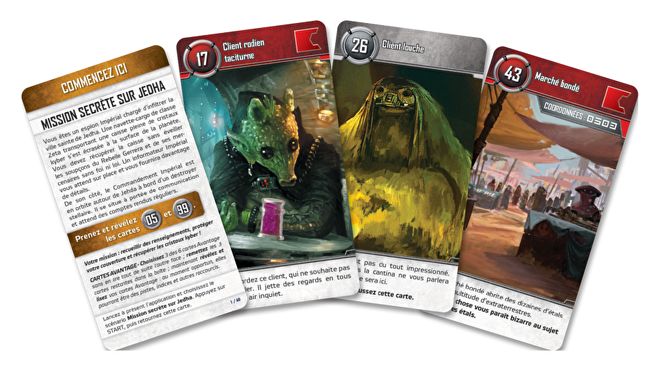 In the Unlock! series, each scenario consists of a deck of cards. Players follow clues to advance in the story and check their answers using a companion app. The series does not include any component destruction, so once you have played through the scenarios, you can pass the game on to others.

This sounds like a fun game for Star Wars fans. Unfortunately, there’s a bit of a catch, reported Dicebreaker.

Unlock! Star Wars is due for release in late August, according to Asmodee France – TricTrac dates it for August 23rd. A price and English-language edition are yet to be confirmed.

Let’s keep an eye out for this, shall we?