Star Wars: Mark’s In The Mandalorian

In addition to being Luke Skywalker, Mark Hamill is a prolific voice actor. He played The Joker more than any other and must enjoy the humor in his returning to Tatooine. Moreover, he returned to Luke Skywalker’s home planet; to the Mos Eisley cantina – as a droid. 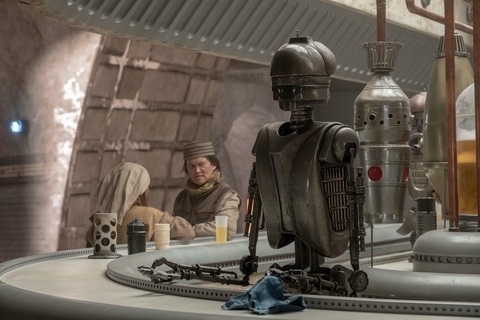 In Chapter 5 of the first season of The Mandalorian, “The Gunslinger,” we return to Tatooine. More specifically, we return to Mos Eisley spaceport, home of the cantina where Luke Skywalker and Obi-Wan Kenobi hire Han Solo and Chewbacca for transportation to Alderaan. There’s been one major change in the bar since we last saw it in Star Wars: A New Hope. The cantina didn’t allow droids back then; but now it has plenty of them around, including a familiar one at the bar.

There’s a droid bartending who looks exactly like EV-9D9, the droid that was responsible for registering new droid acquisitions in Jabba the Hutt’s palace in Return of the Jedi. In fact, the bartender is EV-9D9, and he just so happens to be voiced by none other than Mark Hamill, who has made several little voice cameos throughout the new trilogy of Star Wars movies, in addition to reprising his role as Luke Skywalker.

Other cool revelations from the latest episode of Disney Gallery: The Mandalorian include: 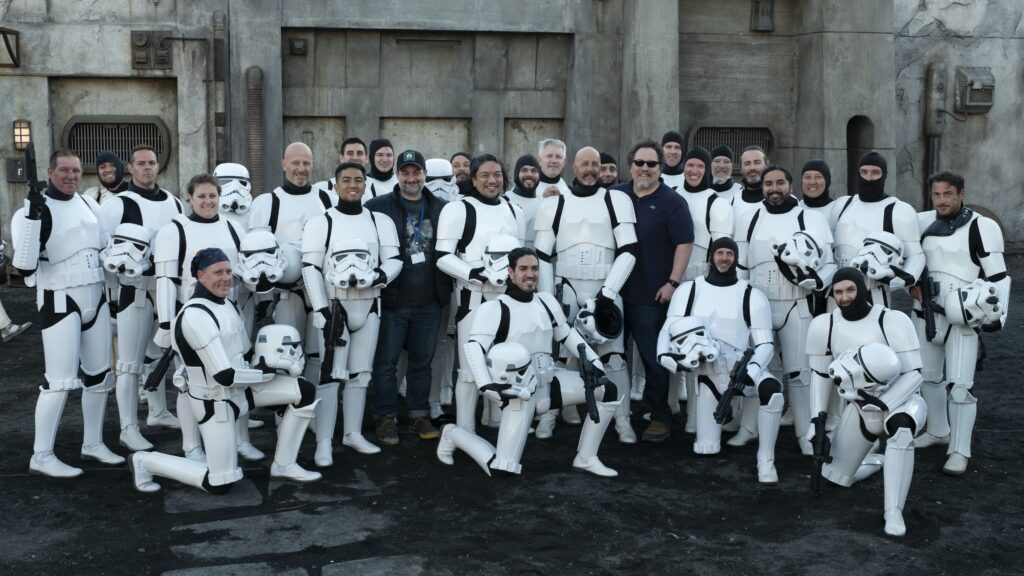 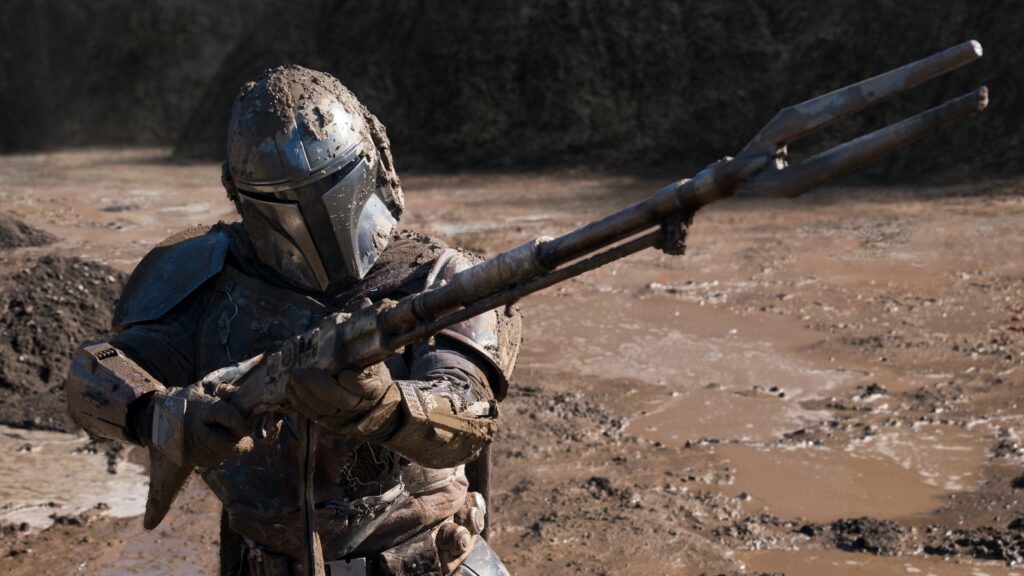 One of the more interesting, nerdy details about The Mandalorian’s weaponry is that the long rifle with the electric prongs was lifted from Boba Fett’s debut in The Star Wars Holiday Special. The bounty hunter had a drastically different color scheme, and he was carrying the same weapon Mando wields throughout the first season of the series.

Jon Favreau was so happy and proud to be including that detail from Boba Fett’s debut that he attempted to seek approval from George Lucas for bringing such a deep cut canon reference back. But Lucas was quick to tell Favreau that he didn’t really have anything to do with that, and it was clear that he was not excited in the least. Oh, George Lucas. 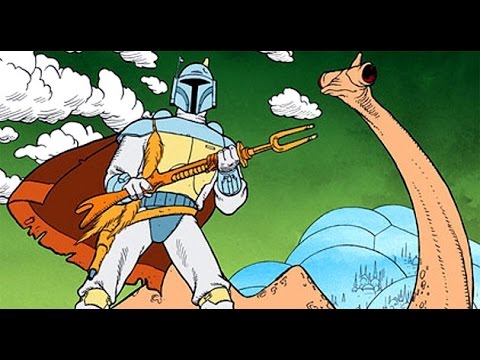 Unfortunately, Disney Gallery – Star Wars: The Mandalorian completed its run. But you can catch all the episodes on Disney+.