Firstly: There are movie posters and there are MOVIE posters.

And the Star Wars saga has its share of memorable memorabilia.

Then, with Dan Brook’s fabulous post about the new Star Wars: The Empire Strikes Back 40th Anniversary poster, I’m geeking out again.

Dan sat down with Matt Ferguson to speak about his work to recreate the magic of the film’s original promotional material.

I mean, that’s a daunting task.

And, even if you were not around in 1980, you’ve surely seen these two beauties: 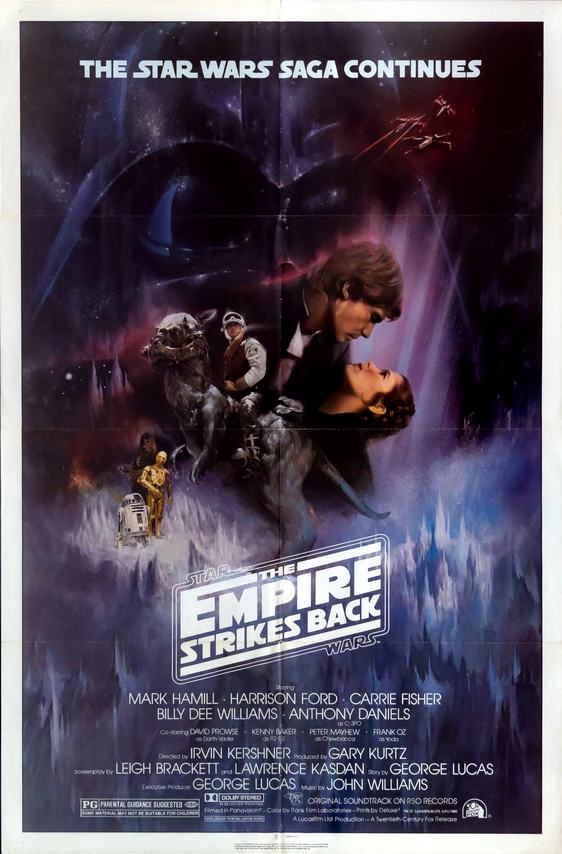 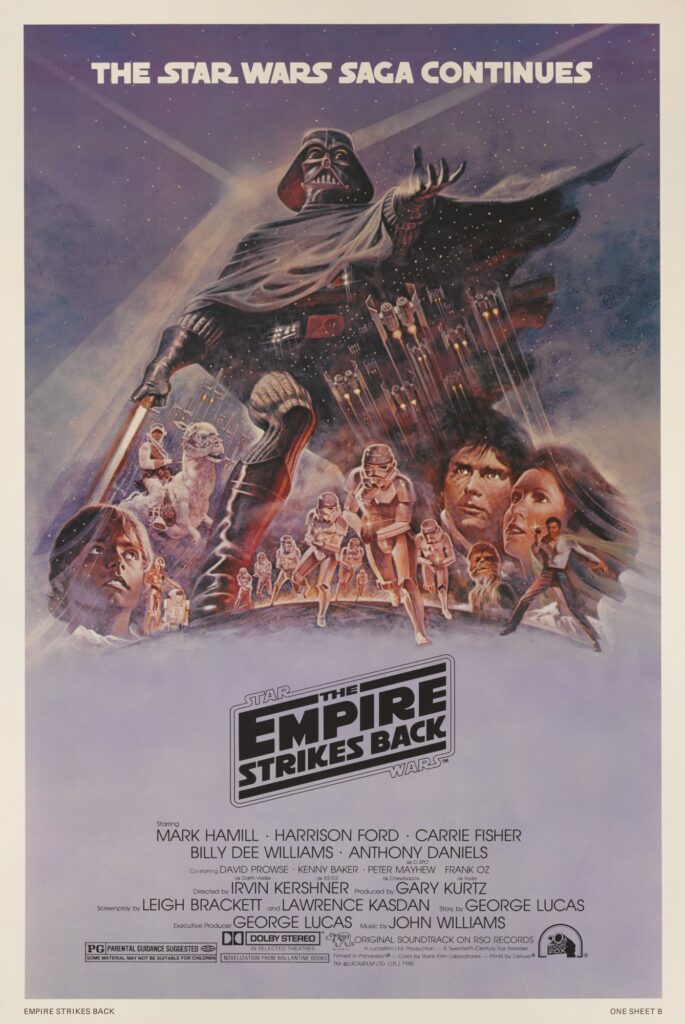 Moreover, I remember seeing the top print and being angry. “Isn’t Princess Leia supposed to be Luke’s girlfriend?” Ha.

Anyway, these images left an amazing impression on a five-year-old. And this new one, well it’s leaving this 45-year-old with a nostalgically-aching heart. 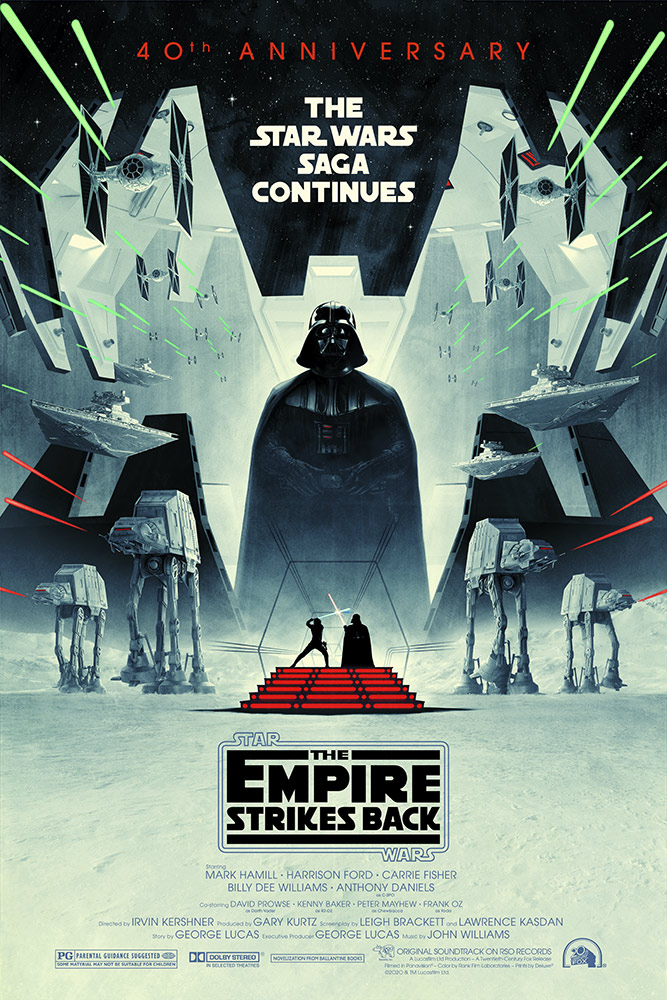 StarWars.com: There are obviously a million different directions you could have taken with your poster. In the end, it seems you definitely leaned into the “Empire” side of things. How did you arrive at the characters, layout, and feel you ended up going with?

Matt Ferguson: It was daunting at first because the film is an important one for me. I did have a few things going in that I knew I wanted to achieve. I wanted it to feel as if it could have been art released in 1980, I knew it had to have Darth Vader on it, and evoke the Tom Jung poster from 1980, which was the poster used a lot in the UK and one I personally associate with the film.

I decided to watch the film again and have my Star Wars notebook on hand to thumbnail in while I watched it. When the first scene with the meditation chamber played, I thought it was a wonderfully graphic shape and the contrast between the black outside and brightly lit inside could look nice on a poster. I quickly scribbled a thumbnail and I knew right away that was the way to go. 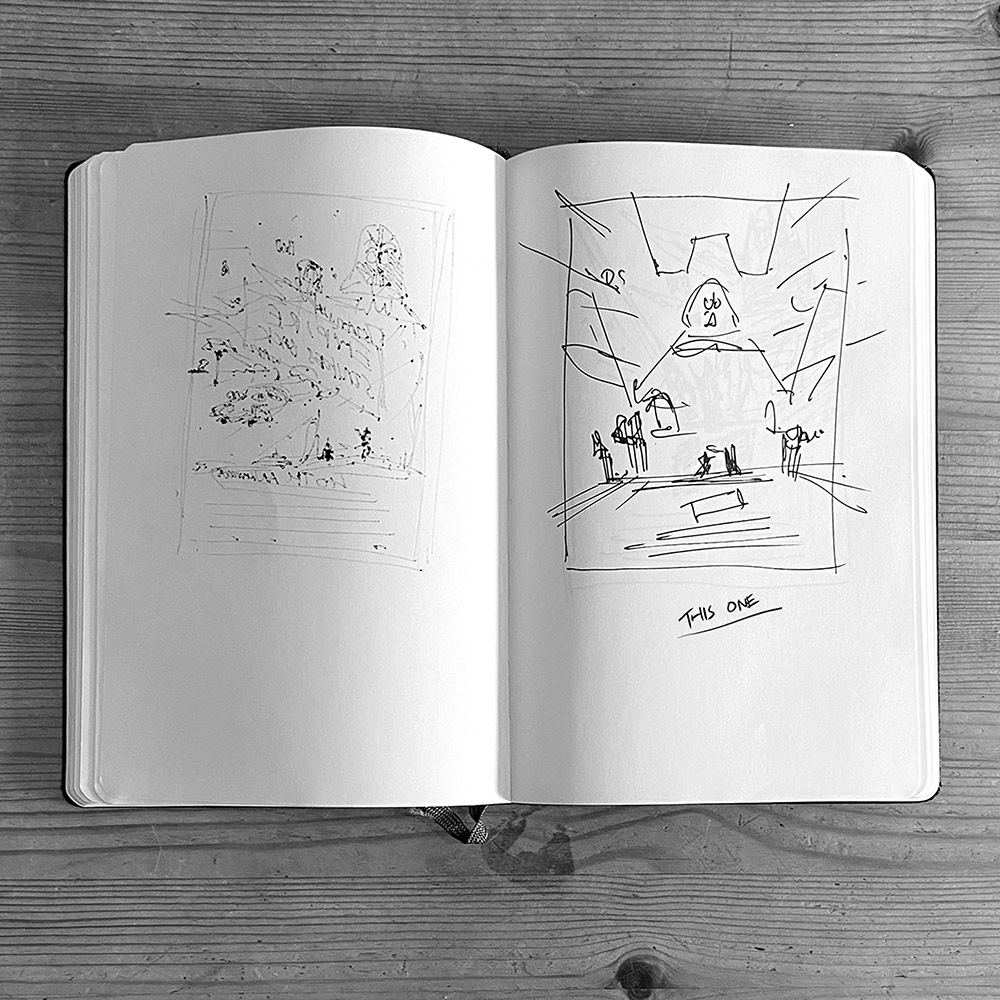