“Will they or won’t they” seems to be the big question when it comes to the possibility of the Obi-Wan series actually making it to Disney+. But according to director Deborah Chow it is absolutely still in the works. 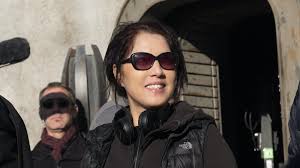 The series will star Ewan McGregor and will start with a 6-episode series set between Star Wars: Episode III- Revenge of the Sith and Star Wars: Episode IV- A New Hope as it follows Kenobi who is exiled on Tattoine. It is here at he serves as the secret guardian of Jedi Luke Skywalker.

The series has met with much speculation as it seemed to have been given the green light and then in January the news came out that the project was on-pause “indefinitely.”  However, as Comicbook.com points out, things seem to be back on track. During a recent Mandalorian panel discussion director Taika Waititi said that he was all finished with his recently announced Star Wars project to which Chow added, “We have a little more to do than that, but we’re in development.”

During an interview earlier this year Ewan McGregor said that filming for the series has been pushed back to the beginning of next year.  He added, “The scripts are really good. I saw 90% of the writing and I really liked it.”

We do know that Joby Harold from John Wick: Chapter 3- Parabellum has been hired as a writer for the series. In an interview earlier in the year with Men’s Health McGregor said, “It will be interesting to take a character we know in a way and show him — Well, his arc will be quite interesting, I think, dealing with that the fact that all the Jedi were slaughtered with the end of Episode III. It’s quite something to get over.”

This is a story that we’ll be following closely here at MickeyBlog. We promise to keep you posted regarding the latest news and updates.