For those heading to Disney Springs tomorrow, the offices and venue at House of Blues will remain closed to the public. They are joining countless record shops and venues around the world in a movement called Blackout Tuesday. This is designed as a symbol of solidarity for a country and world deeply impacted by the death of George Floyd. 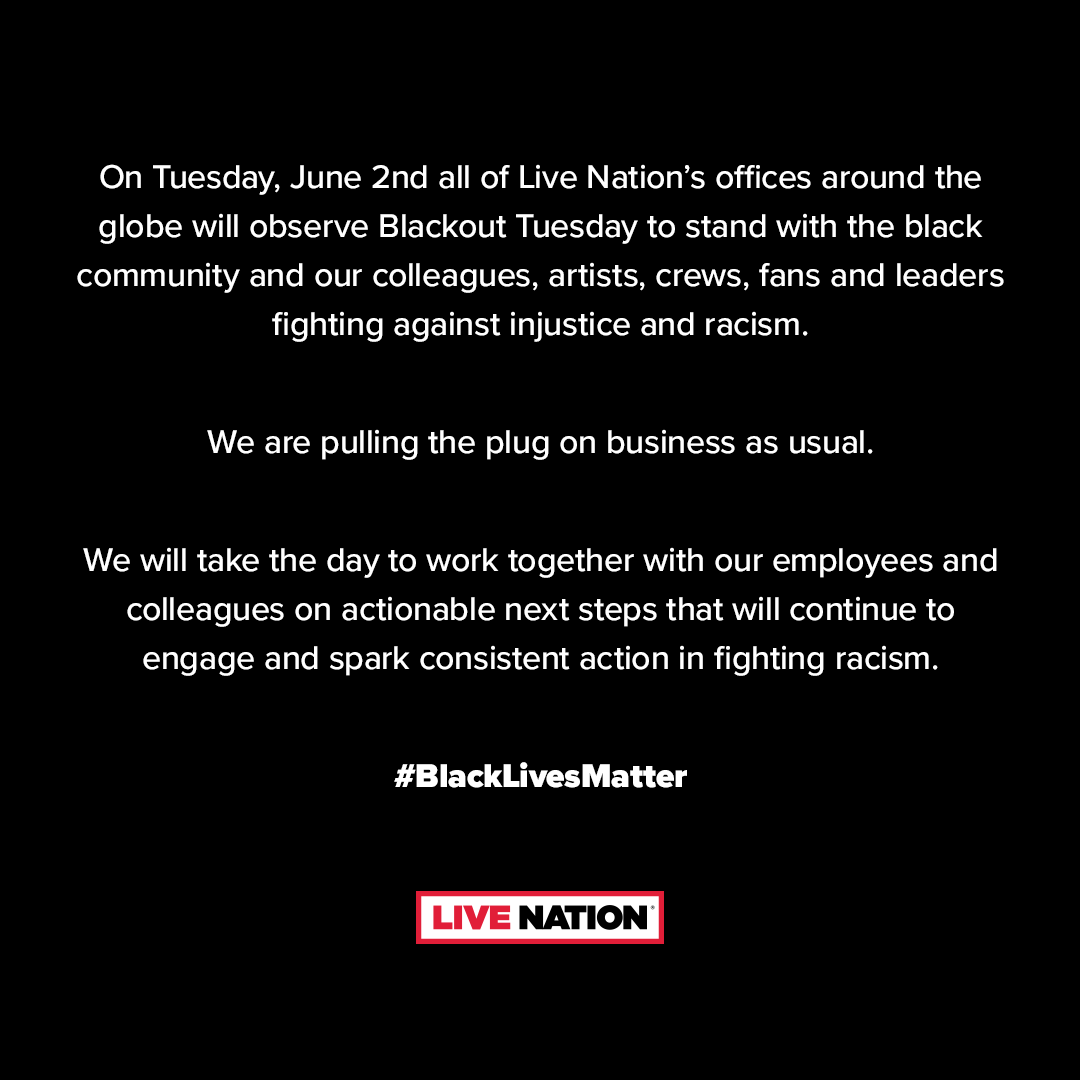 As you can see above, Live Nations offices around the globe will be shutting down to stand with the black community including colleagues, artists, crews, leaders and fans that are fighting injustice and racism

The tweet went on to say that they will be taking the day to work with their employees and colleagues on “actionable steps”  that will continue to fight racism.  House of Blues a popular eatery, bar and concert venue at Disney Springs is joining other industry juggernauts for Blackout Tuesday which includes Spotify, Billboard, opera houses, record companies and so much more.

The House of Blues information comes a day after Disney posted a message of solidarity across ALL social media outlets. You can see the official tweet from Disney above.

Yesterday, Walt Disney Chairman Bob Iger along with CEO Bob Chapek sent a letter out to employees to show pledge the company’s support during this unprecedented time.

Readers are encouraged to keep following along with MickeyBlog for further news and updates regarding Disney’s response to the protests occurring across the country in response to the death of George Floyd.