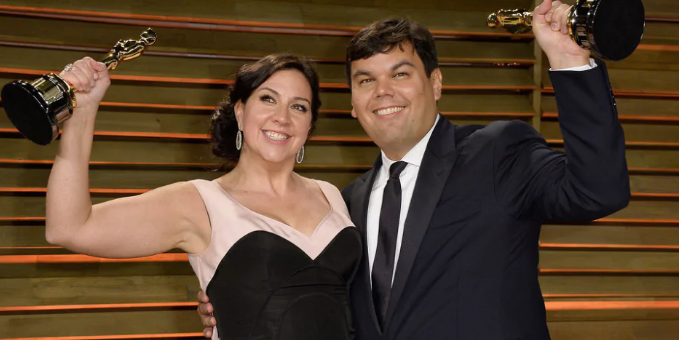 Kristen Anderson-Lopez recently spoke to Variety during a telephone interview while at home in Connecticut where she talked about Olaf’s new social distancing song “I Am With You,” as well as Snoop Dogg’s recently viral “Let It Go” moment.

Lopez said that she and fellow Frozen composer/husband Bobby Lopez were still living in their Brooklyn apartment when everything came to a standstill because of COVID-19.  The couple has two teenage daughters and said: “Many of our friends were sick during those first to weeks.” She added, “We hold on to music when there’s nothing else we can do.”

Case in point is a stunning new song reminding us that we’re all in this together and penned specifically for the new “At Home With Olaf” short films that have been warming our hearts for weeks.

Lopez said of the inspiration for the song,  “It started when Disney released ‘Frozen 2’ early on Disney Plus and that affected us in realizing how our work was helping people through this.” She said that they wanted to do more and with an Olaf short series in the works, Director Jennifer Lee approached the team with the idea of Olaf writing a letter.

Lopez goes on to tell Variety that she found inspiration for the song in the shower. She recalls, “ I got out of the shower and wrote the rest of it while dripping wet because it was the only time I had.” She went on to say that she wrote the song in an hour and was inspired by everyone that was dealing with scary things. She says,  “I wanted to do everything I could to make them feel less afraid.”

Another person who recently shared an unexpected moment was Snoop Dogg. He posted a video of himself sitting in his car listening to “Let It Go.”  In the video which has now gone viral and racked up nearly 250,000 likes, Snoop says,  “I had to come in my car and listen to this s—, man. Let it go. We’ll be outside soon.” Take a look:

So what did the composers think of Snoop’s “Let It Go” moment?  Lopez said,  “From your lips to Snoop Dogg’s ears. I need to reach out to him and thank him for that video.”  She’s not the only one, Idina Menzel, who voices the role of Elsa in the Frozen films took to Twitter with this message:

Could have sworn it was drop it like its hard. Learn something new everyday @SnoopDogg pic.twitter.com/3sgqqwrcvo

We are so thankful for the Frozen magic that has continued to be spread during the pandemic and to the Kristen Anderson-Lopez and Bobby Lopez for providing us with our new social distancing anthem!

Readers are encouraged to keep following along with MickeyBlog for the latest news and updates!