Mad Money’s Cramer Says Disney Will “Get Through This”

Monday, we looked at a nice hop in the price of Disney Stock.

Disney Stock Up Over 7% On Monday

Subsequently, we wondered what would happen Tuesday.

Admittedly, not much (good) happened today.

In the interim, Disney had an executive shuffle in several of its businesses, most notably:

Indeed, some wondered how the loss of the company’s streaming boss would show in the stock analysis.

Walt Disney shares are trading lower on Tuesday after Loop Capital downgraded the stock from Buy to Hold.

On Monday, the company lost its head of streaming, Kevin Mayer, who has served as Disney’s chairman of its direct-to-consumer and the international segment where he oversaw Disney+, Hulu, and ESPN+. Mayer departed from Disney to TikTok, the popular short video app.

And The Motley Foo’s Anders Bylund explained, “Loop Capital analyst Alan Gould lowered his Disney rating from a buy to a hold.

“Gould argued that market makers are overestimating how quickly Disney can recover from the business damage of the COVID-19 pandemic and that Monday’s executive-level reshuffling only increased the company’s business uncertainty.” 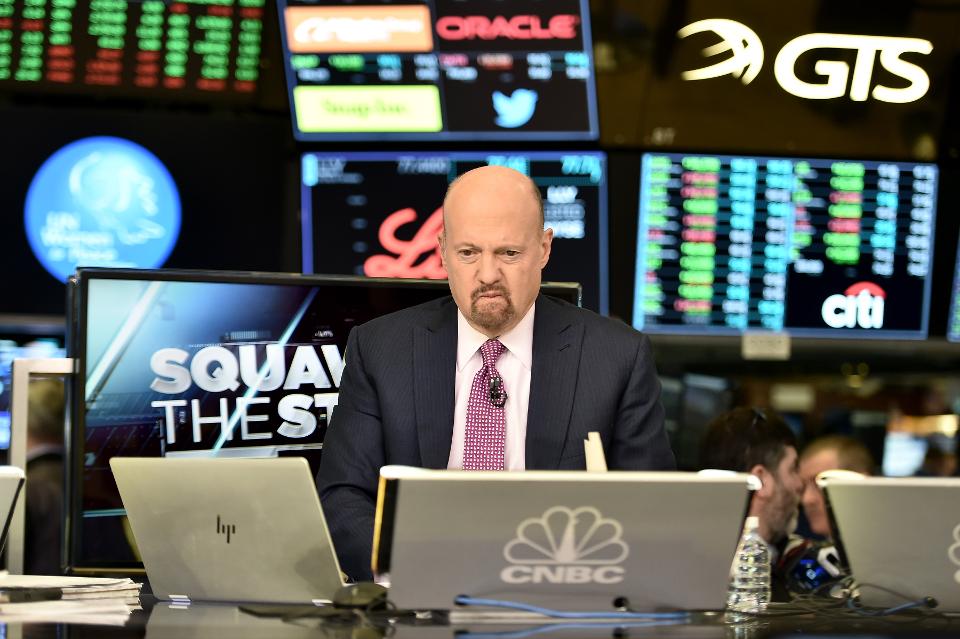 However, CNBC’s Jim Cramer was more concerned about how Disney would reopen its doors rather than the executive loss:

Similarly, by the end of business on Tuesday, Cramer was still sticking with Disney.

In his lightning round, Cramer said:

Go Disney Go! My five shares are thankful for your optimism, Mr. Cramer.

Check Out Today’s Lightning Round from Cramer

Here’s the video of the lightning round:

As an aside, here is the video that introduced me to Jim Cramer and his Mad Money antics:

And of that clip, Jim added:

Finally, and digression aside, much will be riding on tomorrow’s opening of Disney Springs.