I feel the need. The need. For (light) speed.

Using Kenny Loggin’s ubiquitous “Danger Zone” from 1986’s Top Gun, videographer Jackson McKay puts us into an X-Wing cockpit for some of the most memorable moments in Star Wars.

“I waited to make this until I could use TROS footage,” said McKay of the music video. “X-Wings are my favorite starfighters, so it seemed like a fun project to keep me occupied while we’re all social distancing.

Check Out The Original

Karabast! Did I enjoy this one; maybe more than I did the original:

Coming as it did three years after Return of the Jedi, I am not ashamed to admit that Top Gun had a stronghold on my 11-year-old consciousness, but, alas, flight school was not for this guy.

But thanks to Star Wars, my love for fighter “planes” and laser-brained pilots continued.

And, after a look at that original video — with Kenny Loggins sporting the shades and writhing on the bed — I have to say I really DO like the new one better. 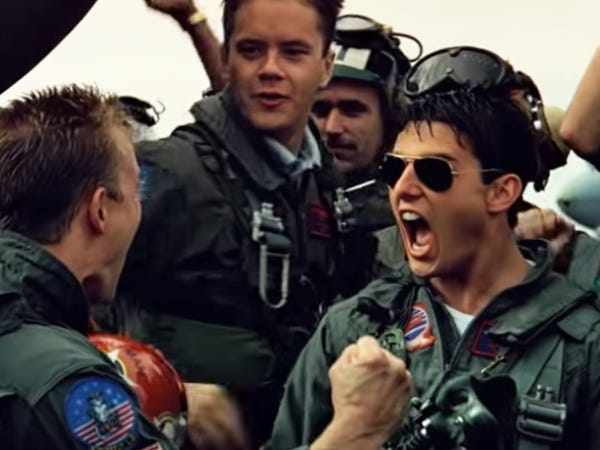 The folks at Screen Rant pointed the below out first, with Rachel Labonte writing:

Evidently, Star Wars’ own aerial sequences made Jackson McKay think of Top Gun, for he mixed the two together in a brilliant way. By playing Kenny Loggins’ “Danger Zone” – a song made especially for Top Gun – along with X-wing footage from all Star Wars films from A New Hope to The Rise of Skywalker (and including Rogue One: A Star Wars Story), McKay has made one thrilling video. You can see it for yourself in the space below: