Legendary Cafe: We’ll Open Up When Disneyland Does

Cafe: Common Sense Served Up With The Comfort Food

Hillyard describes the Golden Rule Cafe as a “foundation” of Phoenix. 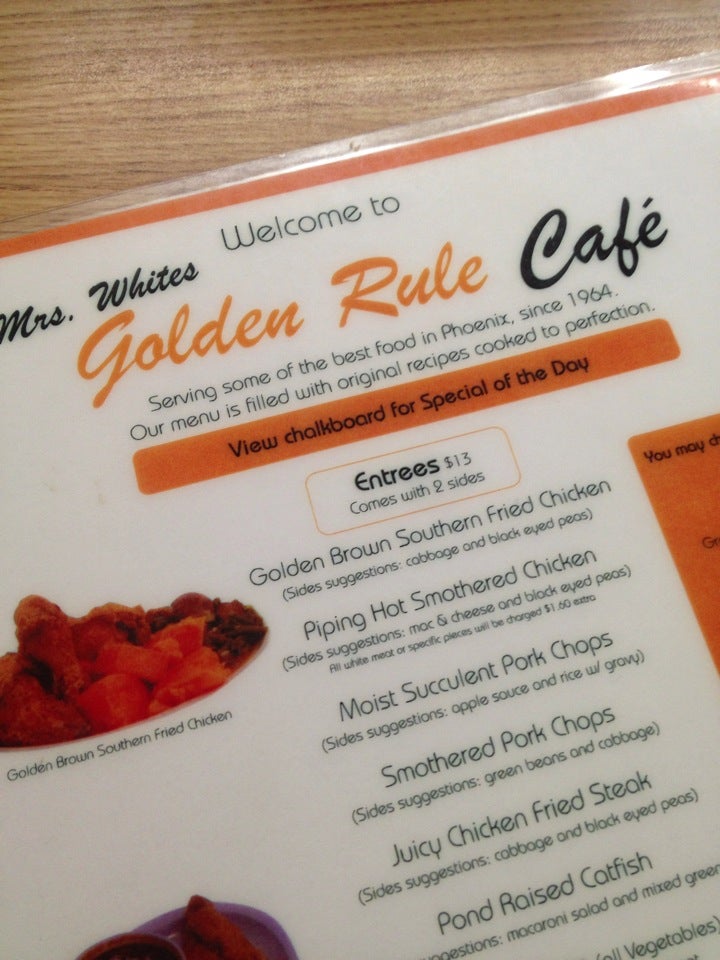 And a recent review in the Phoenix New Times concurs:

Walking up to Mrs. White’s Golden Rule Café, you can’t, for a second, tell if you’re in present-day Phoenix or the first act of a decades-old film. Inside and outside, this place is a throwback, from the painted-on sign to the tight wooden booths and lunch counter. The fantasy extends to the menu; Mrs. White’s (named for founder Elizabeth White) serves utterly timeless Southern food. 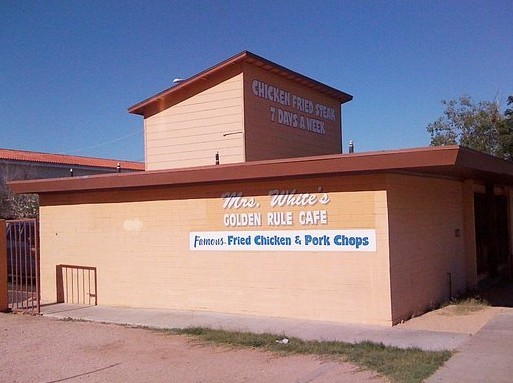 The restaurant has been in operation since 1964 – 56 years. And in that time, Mr. White says he hasn’t seen ANYTHING like the current pandemic. Hurricanes, earthquakes, floods, fires, terrorist attacks – they all pale in his estimation.

“I gotta take my [mask off] now,” said Larry, saying he had to get serious (and speaking across the street from a church where Dr. Martin Luther King Jr. spoke). “It’s crazy. This is the worst thing that ever happened to the United States of America. NATION-wide. WORLD-wide. This epidemic is taking over EVERYTHING. I’ve never seen anything like it in my life.

“Only God can change this thing up… We’re looking for the doctors and God to handle this and straighten this thing out.”

Although he admitted his mom was heading to the salon today; after the stay-at-home order in Arizona ran out. But he said Mrs. White’s Golden Rule Cafe will NOT be opening up until there is another significant opening.

“I ain’t gonna open up until Disneyland opens up…”

“All the money is gone,” he said. “But I will tell you one thing: I ain’t gonna open up until Disneyland opens up.

“Basketball is out. Baseball is out,” continued Mr. White, noting the significance to his business because of the proximity of the sporting venues. “I didn’t think too much about it.

“But when Disneyland close up, SHUT DOWN Mrs. White’s.

“I’ll open up when Disney opens up,” he said. 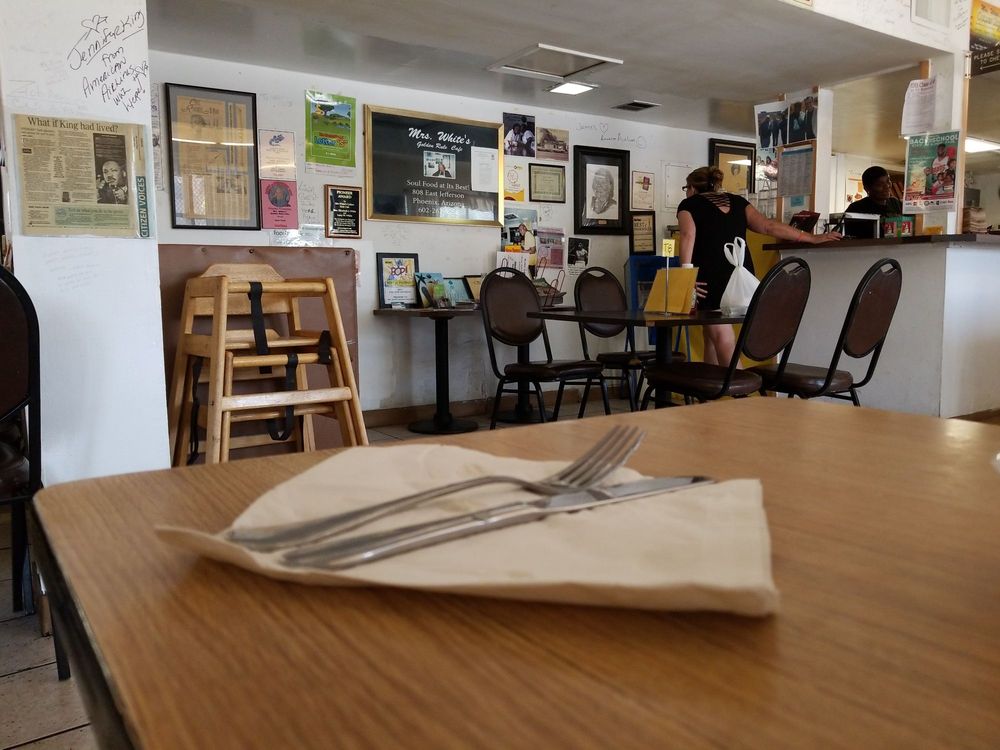 Now, mind you. Mrs. Whites is 358 miles — over five hours — on Interstate 10. But that is how significant Larry feels the decisions made by Disney are in terms of the pandemic.

But the best part of the interview, to this journalist, is when Larry started calling the shots on the interview.

And asked again why he wouldn’t open after the order lifted, Mr. White pointed to his daughter, who works beside him in the restaurant, and said he’d be damned if he opened up and she caught the disease and brought it home to his grandchildren. 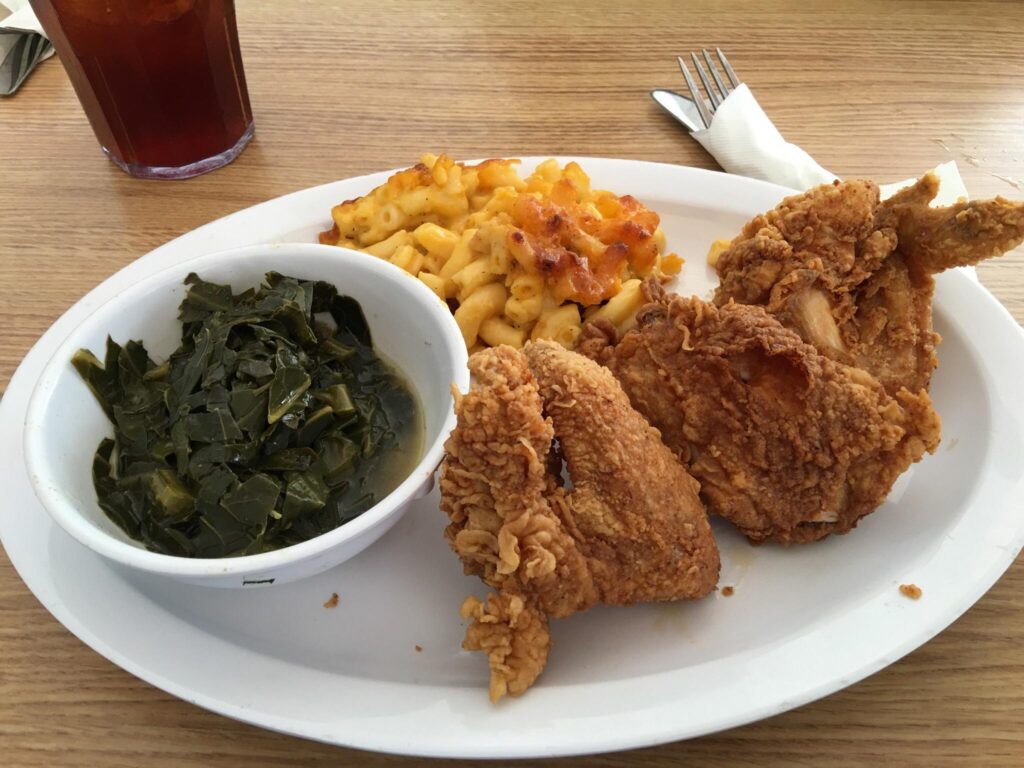 I pause for a moment here because I actually teared up. The common sense of the man; the love. And, I think, the wisdom of a man willing to wait for Disney to lead the way as it pertains to an opening during the pandemic.

For me, Larry’s common sense is as comforting as the food at Mrs. Whites (I assume).

Watch the video below:

By the way, for ANYONE wanting to get into journalism, this interview is a perfect example of SHUTTING UP when it’s time to listen. Mr. White may be one of the greatest interviews in the United States at this point. Simply introduce him and get out of the way. Great intro by Mr. Hillyard and what a great story in the Golden Rule Cafe.

Bonus Coverage, from before they had to close up. Again, I just think these folks are inspirational.

Wish I made it to Phoenix more often:

As Mr. White sang: “I have a feeling that everything is gonna be all right…”

I just want to hug the guy. After social distancing passes, of course.