Just last week we said goodbye to legendary comedian Jerry Stiller and tonight we here at MickeyBlog are said to say that we’ve lost another incredible comedic talent with the news that Fred Willard has passed away at the age of 86.

Best known for his roles in cult-favourite films like This Is Spinal Tap, Best In Show and Anchorman the world was notified of his passing in a statement released for his daughter Hope Mulbarger. As of going to print the cause of death has not been released.

Mulbarger said, “He kept moving, working and making us happy until the very end.” She added,  “We loved him so very much! We will miss him forever.” 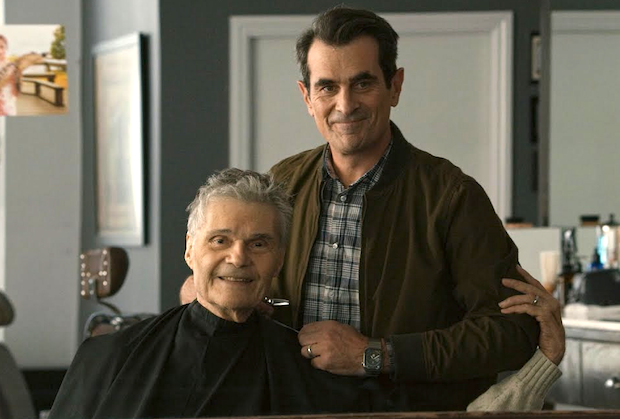 Most recently Willard played the character of Frank Dunphy, Phil’s father in ABC’s The Modern Family. He also racked up several credits for Disney over the years including Shelby Forthright the CEO of BnL in WALL-E, the Secretary of the Interior in Planes: Fire & Rescue, Jack Hench in Kim Possible, Dwayne Bouffant in Handy Manny, Melvin (Alien Dad) in Chicken Little, Mr. Stuffleby in Wizards of Waverly Place and Vic in Hercules: The Animated Series.

Over the course of his incredible career, Willard was nominated for four Emmy Awards for his roles in   “What’s Hot, What’s Not,” “Everybody Loves Raymond,” “Modern Family” and “The Bold and the Beautiful.”

Willard is proceeded in death by his wife Mary Willard who died two years ago at the age of 71.

Here at MickeyBlog, our condolences go out Fred’s family, friends, colleagues and fans.