Looking for something fun to watch during the Coronavirus quarantine? The cast of Lizzie McGuire recently reunited for a virtual table read of an episode from the original show! Fans of Lizzie McGuire will remember the episode well, it is when Lizzie and Miranda go to the mall to shop for their first bras.

The grown-up cast members got back into their old characters and the results are hilarious. Hilary Duff, Jake Thomas, Adam Lamberg, Lalaine, and several other characters all reprised their roles. Show writers Nina Bargiel, Jeremy Bargiel, and Bob Thomas also participated and read for missing characters.

The virtual table read was reportedly one of the first times that the cast has been reunited in many years. Even though it was a virtual reunion, it gave our favorite characters a chance to reminisce on old times.

“Crazy all of the memories that just came flood back. Hearing the lines, it feels honestly like yesterday that we were in that moment and all there together. And, you know, that was almost 20 years ago.” Hilary Duff states toward the end of the video. “I truly believe that this show was magical and everyone that was a part of it created that.” 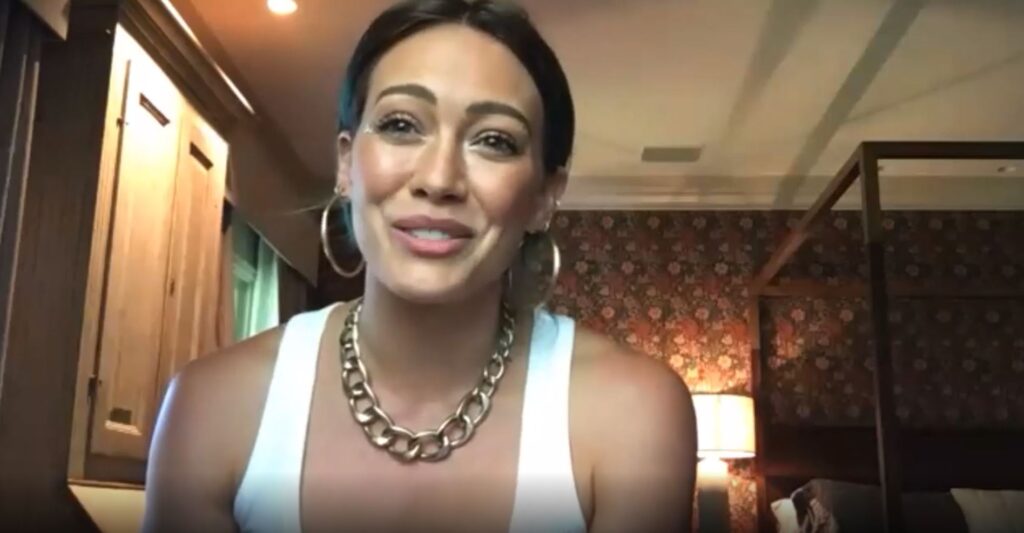 The original Lizzie McGuire aired on the Disney Channel from 2001 to 2004. Production began on a reboot last year, however, was halted when the show creator was removed from the project. Hilary Duff posted the entire virtual table read video to her Instagram page on Monday. Be sure to check it out, it is definitely worth your while!

Many fans hope that a reboot will still be possible in the future. Originally set to stream on Disney+, Hilary Duff has expressed that she sees Hulu as an ideal platform for the reboot. What do you think? Do you see a reboot happening anytime soon?