As you know if you’ve been following along with MickeyBlog, today is an important date for The Walt Disney Company as the first theme parks is opening its gates after closing due to the COVID-19 crisis.

Shanghai Disneyland is officially open for business with new protocols put into place including a cap on attendance, social distancing in queues, restrictions to character meet and greets and enhanced sanitation procedures. The world is watching to see how this process goes as it is expected to inform policies that will be enacted at the other theme parks including Disneyland and Walt Disney World.

With that in mind, Walt Disney CEO Bob Chapek conducted an at-home interview with CNBC today where he discussed strategies going forward. 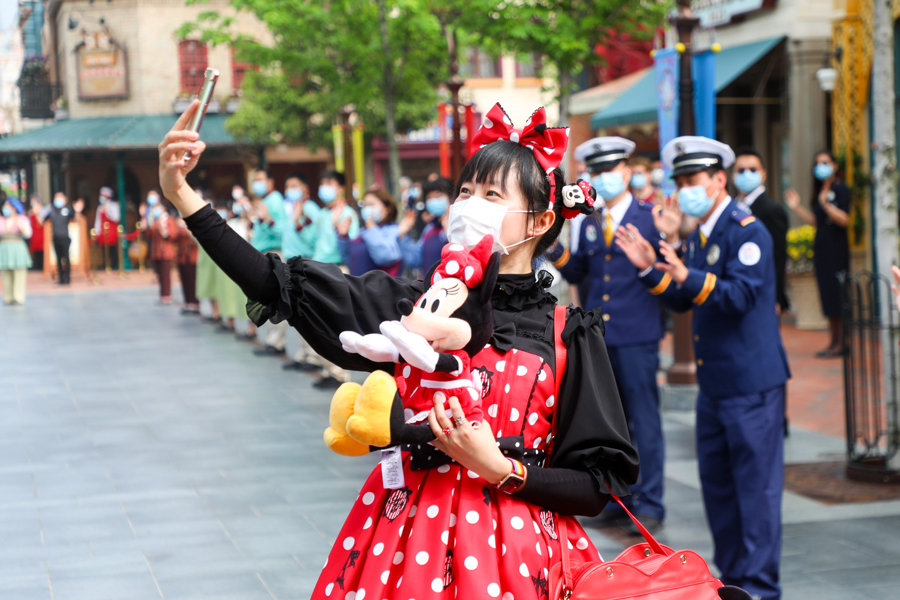 In a series of clips shared by the news network on Twitter, Chapek spoke about the opening saying that they are constraining the amount of tickets to keep the capacity around 30% in keeping with the government guidelines. He said that tickets are nearly sold out for the week going forward.

When asked about the possibility of opening other theme parks Chapek said, “We want to open as soon as we can but we’re going to do so in a responsible way.” Chapek said of the re-opening of Shanghai Disneyland, “This is a first step, a baby step and we’re moving slowly.”

You can check out the video clip here:

“We’re very encouraged by what we see in Shanghai.” Disney CEO Bob Chapek says the company will be “very conservative” as it reopens its theme parks. https://t.co/OPGAPam4Gh pic.twitter.com/sFydyCzQhX

When asked whether keeping a theme park open at only 30% capacity is sustainable Chapek advised that provided that everything goes well they will continue to up the number of guests that are allowed into the parks by 5000 a week until the Chinese government revises their policies further.

The Disney CEO was asked if it’s possible for the theme parks to EVER return to 100% capacity Chapek said that it depends largely on the guests. Much of Disney’s plans to expand attendance will be dependant on the willingness of visitors to practice safe social distance rules.

Chapek refused to comment on when other theme parks will be re-opening including Walt Disney World and Disneyland. However he did say that Disney Springs is a great starting point.

However, by far the biggest takeaway from the interview is that Chapek noted that when Walt Disney World and Disneyland do re-open, facemasks will be required for all guests as well as Cast Members.

Readers are encouraged to keep following along with MickeyBlog for the latest Disney related news and updates!