This is great! ABC has announced that even more celebrity guests to “The Disney Family Singalong: Volume II”. Unsurprisingly, the first edition was so popular that even more big name Disney fans wanted to join in on the fun. The second edition is airing on Mother’s Day, SUNDAY, MAY 10 (7:00-8:00 p.m. EDT) and is once again being hosted by Ryan Seacrest. It will follow the same formula of featuring celebrities and their families as they sing beloved Disney melodies from home.

Adding to the list of fan favorites appearing in the Disney Family Singalong II special are:

Plus, Kermit, Miss Piggy and the rest of “The Muppets” will open the show, and “Dancing with the Stars” professional dancers Lindsay Arnold, Alan Bersten, Witney Carson, Val Chmerkovskiy, Jenna Johnson, Sasha Farber and Emma Slater team up for an outstanding remote ensemble routine to “Zero to Hero” with Keke Palmer.

The #DisneyFamilySingalong VOLUME II is coming to your living room May 10 at 7|6c on ABC for more music 🎶, more magic ✨, and more stars 🤩! pic.twitter.com/9ZG69AHh1a

Get ready for the #DisneyFamilySingalong Volume II. More big stars sing more of your favorite Disney songs, Sunday May 10 on ABC. pic.twitter.com/H3lF98med9

The Muppets will raise the curtain on the show, followed by a vocal warmup with Tituss Burgess, and performances will include the following: 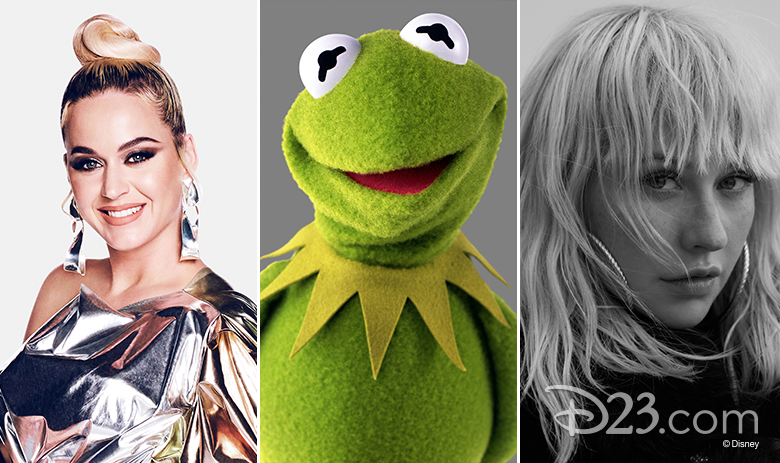 With inventive at-home choreography and even more Disney magic, “The Disney Family Singalong: Volume II” brings back the animated Mickey to guide the on-screen lyrics, allowing audiences, families, roommates and loved ones to follow along in perfect harmony with their favorite celebrities as they sing memorable Disney songs. All the songs featured in the playlist and more can be streamed on all services @DisneyHits. This supersized singalong is brought to you by State Farm and Target.

The nationwide singalong will air before an all-new remote episode of “American Idol” airing at 8:00 p.m. EDT. “The Disney Family Singalong: Volume II” will also be available to stream on Disney+ on TUESDAY, MAY 12. Fans of “The Muppets” can also see more of Kermit, Miss Piggy and friends in the upcoming Disney+ series, “Muppets Now,” premiering this summer.

The special will also raise awareness about Feeding America’s vast network and resources for people in the country who are finding themselves in unfamiliar circumstances and facing hunger for the first time due to COVID-19. Families and vulnerable members of the community who need help can visit FeedingAmerica.org/FeedTheLove to learn more about Feeding America’s COVID-19 response and how to locate local food banks for help.