Happy May the 4th Star Wars Fans! To celebrate this special day dedicated to all things Star Wars, Disney has just unveiled an awesome array of merchandise that we are excited to share with you!

Be warned though, shopDisney is boasting some unprecedented traffic just now meaning that ONCE you can get on, things will be selling out quickly. 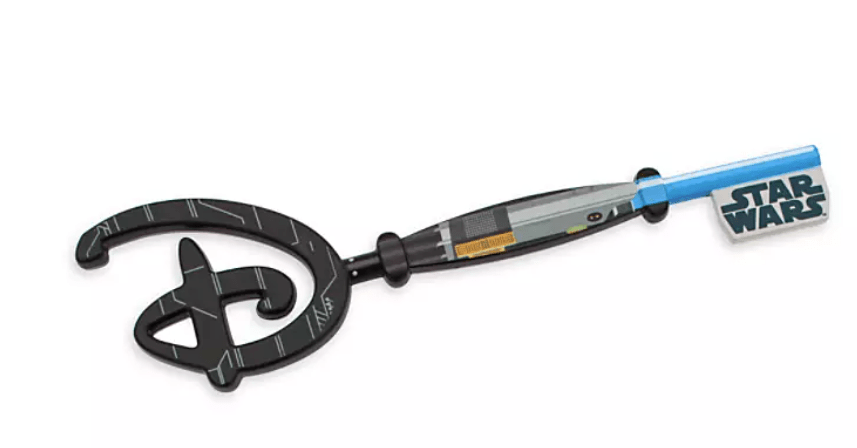 Star Wars: May the 4th Be With You Collectible Key

Collectors won’t want to miss your chance to celebrate May the 4th with this collectable key. It features the Disney signature font “D”, Death Star-inspired graphics, lightsaber design and “StarWars” logo! 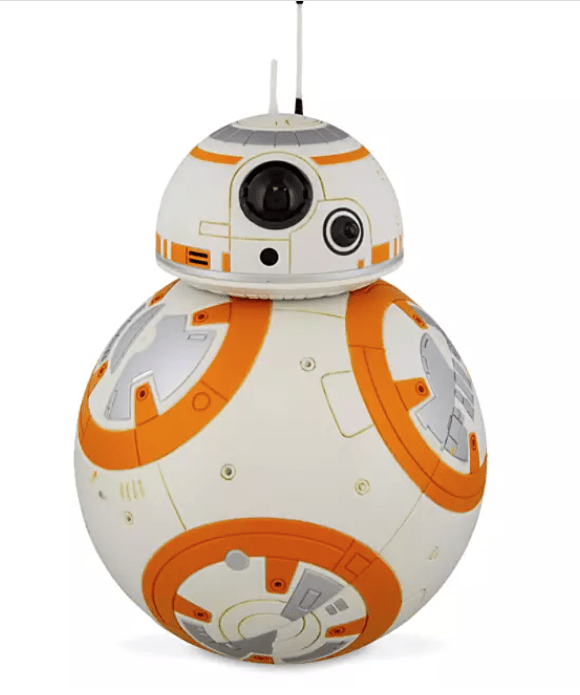 Direct from a galaxy far, far away comes this new pre-built version of the BB-8 interactive droid from Droid Depot at Star Wars: Galaxy’s Edge. The Star Wars character features authentic lights, sounds, and integrated Bluetooth technology so it will always be at your command. It comes with a remote control and uses Bluetooth technology to communicate with other Astromech Droid Units as well as elements and objects on Batuu and at Disney Parks.

In addition, Disney also announced the launch of a Droid Depot mobile app that you can use with BB8 which brings that theme park level interactivity to your living room. Nab your spirit jersey here while supplies last for $64.99. Dagobah Mug by Starbucks – Star Wars: The Empire Strikes Back

Speaking of Dagobah, the Starbucks Been There Series- Star Wars Collection is one of our favorites!  It features iconic elements and characters of the bog planet. It comes in a collector’s box and is part of a collection. Show your Star Wars style with this Denim Jacket by Cakeworthy. It features Darth Vader, some stylish Stormtroopers. Its unisex fit makes it perfect for intergalactic travel and it comes with embroidered details that add to the epic fashion statement. This includes a Death Star patch on the sleeve. How awesome are these ears from Ahsoka Tano herself- Ashley Eckstein! These imitation leather limited release ears feature a stuffed bow and a gem embellishment at the center.  The words “I am no Jedi” is embroidered on the right side and the Her Universe log is on the left.

These ears retail for $78.00 and are currently on backorder but you can register your interest here. 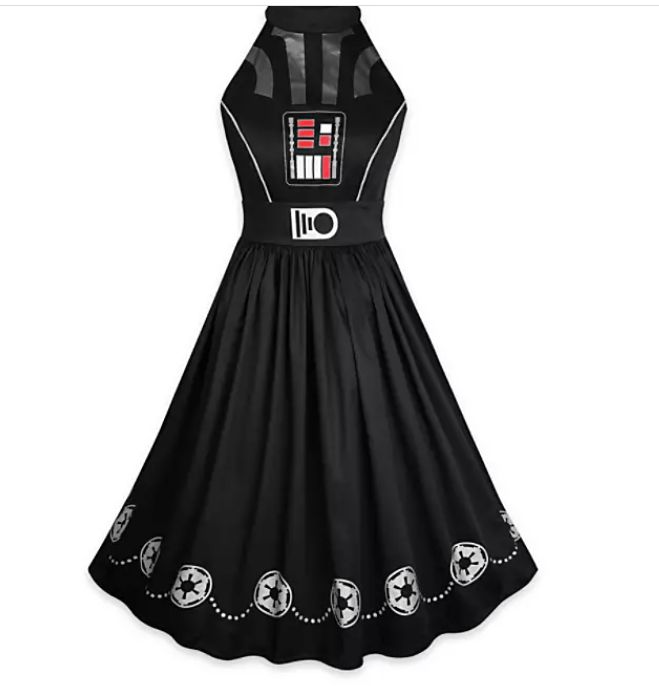 Elevate your Star Wars style with this stunning addition to the Disney Parks Dress Collection. This halter dress is themed after none other than Darth Vader and comes with a high collar and a Galactic Empire-accented flare skirt and a wide sash waist. It’s made from metallic inks to give the dress that extra sparkle and has a zip closure up the back.

Look the part by picking up your stunning Darth Vader dress here for $128.00. If you’re hungry for more of Mando’s cute companion, affectionately called “baby Yoda,” but officially referred to as ”the Child,” this Pop! Vinyl Bobble Head figure will definitely satisfy. Inspired by Star Wars: The Mandalorian, this collectable depicts the Child snacking on his favorite food. It is #379 in the Pop Vinyl Series. It comes with a base complete with Star Wars title plate Delve into the dark side when you assemble the distinctive helmet of the Empire’s elite airmen with this TIE Fighter Pilot Helmet Building Set by LEGO. In celebration of the 40th anniversary of Star Wars: The Empire Strikes Back, this collectable 724-piece kit features authentic detailing and is displayed on its base complete with nameplate. Part of a range of collectable LEGO Star Wars build-and-display models This soft plush Yoda you will seek when hugs you are needing on the path to mastering playtime. Our Jedi teacher comes outfitted in a cloth robe with belt, necklace and dimensional cane, plus he features a ”40: The Empire Strikes Back” patch on his foot in celebration of the film’s anniversary. This adorable Yoda plush features detailed plush sculpting, embroidered features, felt nails and a nonremovable cloth robe. He is accented with necklace and belt and features a 40th Anniversary Empire Strikes Back patch on foot. Designed for deep space exploration and reconnaissance, Imperial Probe Droids are employed in science and military applications. And now this limited release collectable die-cast version celebrating the 40th anniversary of Star Wars: The Empire Strikes Back is ready to explore your décor and keep an eye on your collection. This limited released droid features a rotating head, posable legs and two antennas.

Readers are encouraged to keep following along with MickeyBlog for more Disney and Star Wars merchandise finds!

Galaxy’s Edge May Be Currently Closed But Did You Know You Can Plan A Disney Getaway Through Until the End of 2020? Don’t let Coronavirus put a damper on your Disney plans. Reach out today to get your FREE, no-obligation quote from MickeyTravels