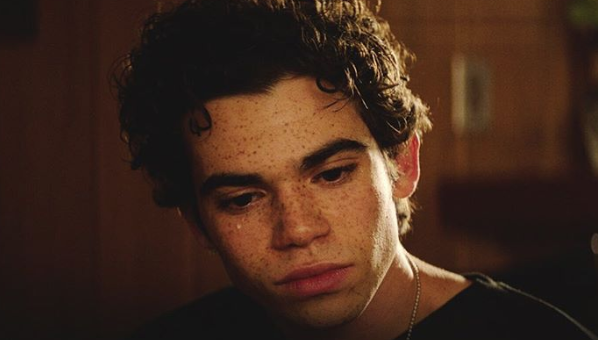 According to a piece that recently appeared on the Today show, beloved Disney actor Cameron Boyce will be appearing in the first season of a new show Paradise City.  Boyce who passed away last year at the age of 20 after complications from epilepsy recorded this final project months before his death.

You can check out the season trailer below:

Before the official trailer for the show was released on May 1st, the official Instagram account for the series published a post paying tribute to Boyce’s performance in the project.

Cameron Boyce stars as a leading character “Simon” in all eight episodes of the first season of Paradise City. The series was filmed just months before his tragic passing. He gave us an incredible performance as a young musician, band leader and aspiring DIY executive in the music business. Cameron was a truly one of a kind spectacular talent. ❤️💙💜 Every scene he was written in was shot and completed in the first season. We will be donating a portion of the tv show’s profits to @thecameronboycefoundation #cameronboyce #paradisecityshow

As you can see above, the caption reads, “Cameron Boyce stars as a leading character ‘Simon’ in all eight episodes of the first season of Paradise City. The series was filmed just months before his tragic passing. He gave us an incredible performance as a young musician, bandleader and aspiring DIY executive in the music business. Cameron was a truly one of a kind spectacular talent.”

“Cameron Boyce was truly a magical soul like I have never met before on this planet. It is so rare that someone achieves all that he did at the mere age of 20 having such immense special talent yet through that crazy level of success remains so humble, charming, appreciative, kind and professional. He could sing, dance, act, he did it all with brilliance… and he had the gift of making you feel so excited to be hanging out with him anytime he was around. You will be forever missed and cherished @thecameronboyce You impacted and inspired countless lives with your short time here on earth. It’s times when people like him are taken away from us at such a young age that we question everything about our existence. I can only choose to believe his body may be gone but his spirit is on to his next divine journey. I will be forever grateful to how Cameron made me feel on set, both while hanging out and when we were shooting. He was genuinely that wonderful of a soul. I chose Cameron as the very first offer I made for the leading role of Simon in @paradisecity thinking it would be a long shot since we were a little indie production but he was our #1 dream pick and I will never forget the moment @lorenzoantonuccijr and I got the call the very next day that he loved the material and wanted to do it. He was simply an extraordinary human in every way. Thank you Cameron. “ -quote from our director @ashavildsen on the passing of Cameron Boyce. ❤️💙💜 #CameronBoyce

On the website for the show, it was also noted Boyce appears in all 8 episodes of the series and that all of the scenes that appear in Paradise Falls featuring Boyce were shot and completed before his passing. A portion of the profits from the season will also be donated to the Cameron Boyce Foundation in the actor’s honor.

The Cameron Boyce Foundation was set up by Boyce’s parents and strives to provide young people with creative outlets. It was established in 2019 and donations can be made here.

As of going to print, the series has yet to find a network. Readers are encouraged to keep following along with MickeyBlog and we promise to keep you posted.