Per Updated Park Hours, Walt Disney World Will be Closed Most of May

Per a recent park hours update for Walt Disney World, it appears that the Resort will be closed though for most of this month. As of today, all park hours for May have been removed until Sunday, May 24. But, could a reopening date be announced for the end of May? Read on to see my thoughts. 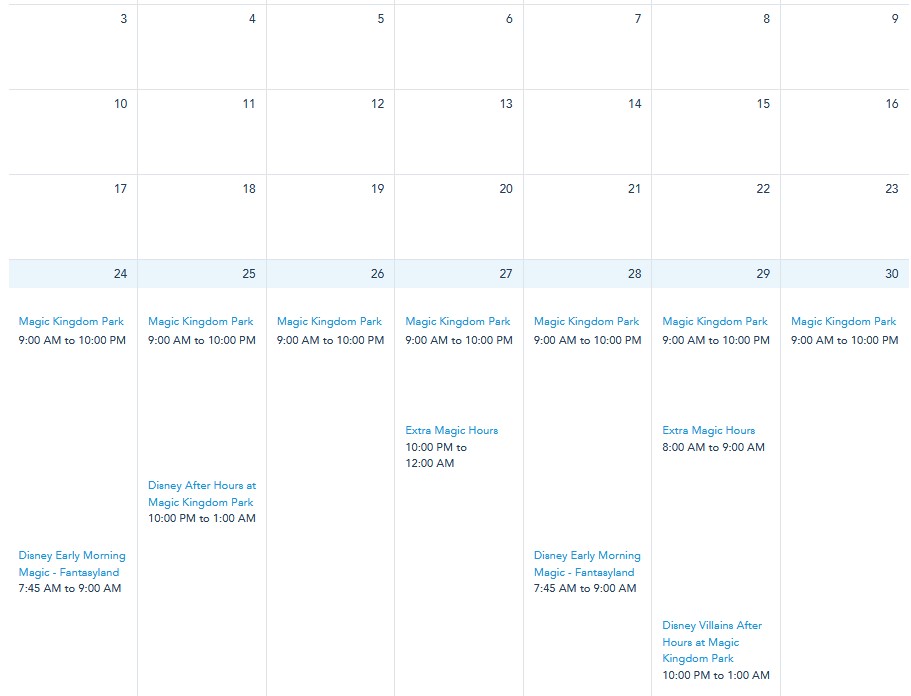 Back in April, Walt Disney World Park Hours were re-added beginning May 1. From there, they have been removed in chunks of one week at a time, further pushing out the reopening date.

It’s not surprising that Walt Disney World has removed their hours until May 24. Earlier this week, Guests who had Hotel reservations between May 17 to May 23 received an email stating that they had been automatically cancelled.

Even with this park hours update, no one knows when Walt Disney World will reopen. We can look to these sources as a guideline but nothing is official until Disney confirms it.

One thing we can look for as a guideline is the recent report released by the Florida Governor’s Office on a timetable to open the state. Phase 1 of the state’s reopening guidelines is scheduled to begin for most of the state this Monday, May 4. Under Phase 1’s guidelines, it doesn’t seem likely that any of the state’s theme parks would reopen including Walt Disney World.

However, when we look at Phase 2 of the state’s reopening guidelines, things look a little more positive. Stage 2 states “theme parks may consider re-opening with capacity limits, strict social distancing, and proper measures to clean and disinfect.” To me, this should mean that Walt Disney World Parks would be be able to reopen in a limited capacity.

Phase 3 of the state’s plans look the most optimistic. This Phase states, “Theme parks may return to normal operations with limited social distancing protocols.”

The question as this time remains how long will it take move from Phase 1 to Phase 2. During a press conference earlier this week, the Governor of Florida, Ron DeStantis, said he is hopeful, as long as numbers remain low, it will take weeks.

Fingers crossed at this time that it will just take a few weeks and these updated Walt Disney World park hours will play out to be true and no more hours are removed!