Frozen II has been streaming on Disney+ for a few weeks.  The film was released early after the Disney Parks closed worldwide due to the COVID-19 pandemic.  The home media release has all kinds of bonus content including some deleted scenes that were committed to story-board, but never completed.  Screenrant.com gives viewers some insight into what these scenes tell us about the creation of the film’s story?

Frozen II begins three years after the end of Frozen.  Elsa begins to hear a mystical voice from somewhere in the “unknown”.  This drives her to search for the truth behind her parents who were killed in a shipwreck.  The alternate prologue depicted a young Iduna (Elsa’s mother) saving young Agnarr (Elsa’s father) from falling down a cliff.

The prologue would have revealed how Elsa and Anna’s parents met long before viewers discover this information in the film.  According to the Screenrant article, the co-directors of the film wrestled with the prologue all the way until three months before the film’s release. 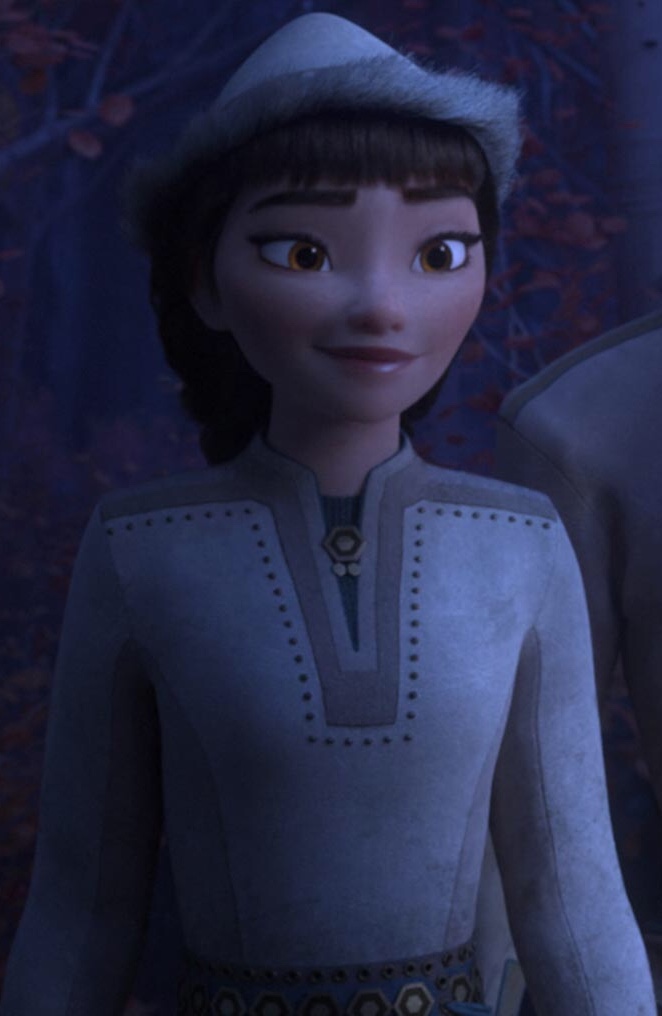 In this deleted scene, Olaf, takes the sisters to a secret room.  In it, they discover magic, the red shawl, and a journal which belonged to their mother.  In the journal were the words, “Whatever evil my people did… Whatever darkness still roams our forest… I can no longer turn my back to the past.”.  The reference to “my people” hints again at the true origin of Iduna. 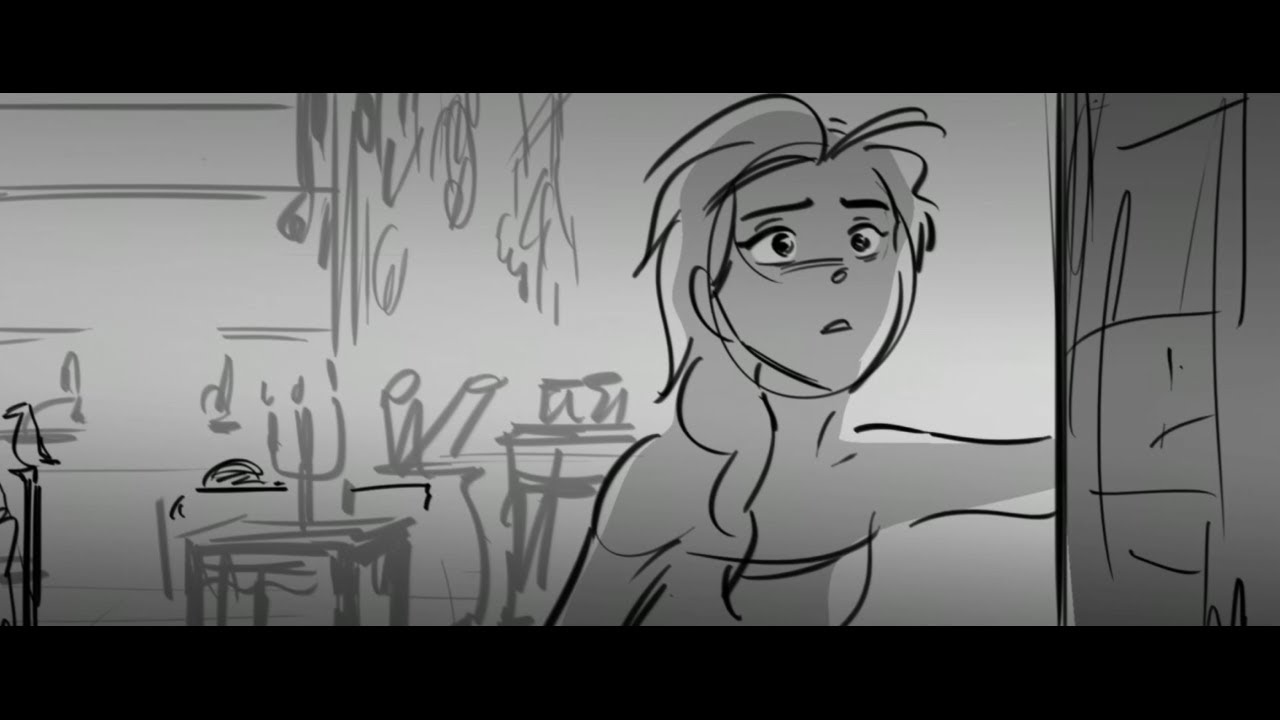 In this deleted scene it is not Elsa who wakes to pursue her mother, but Anna.  Anna still snuggles up next to Elsa, but when she wakes up she sees Elsa’s dream played out above her head in ice crystals.  The scene ends the same with Elsa venturing out “Into the Unknown” and leaving behind a frozen Arendelle. 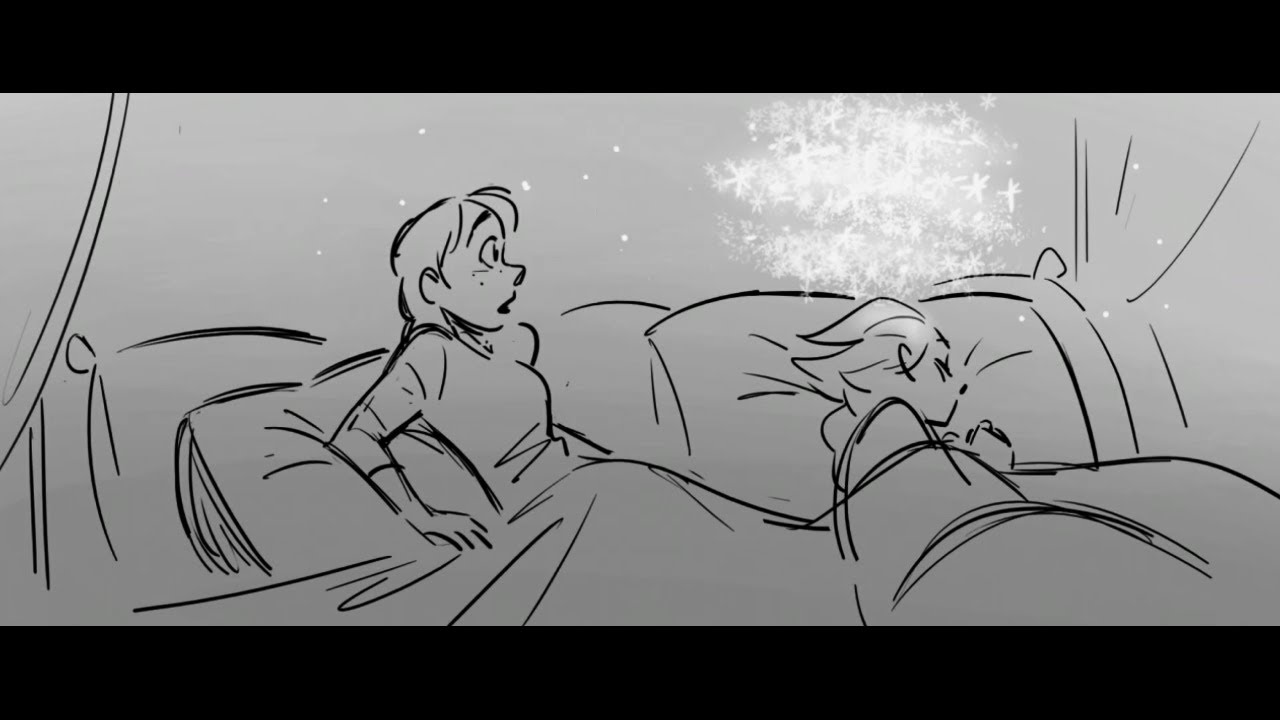 The Water Nokk and Kristoff

In this scene, Kristoff encounters a Water Nokk in the form of a horse.  It is presented as funny, with Olaf riding the Nokk.  In the scene, Kristoff admits he is not happy with his life in Arendelle.  The scene apparently was cut because there was trouble with the depiction of the Nokk. They are supposed to be mystical not funny (think Elsa’s water horse). 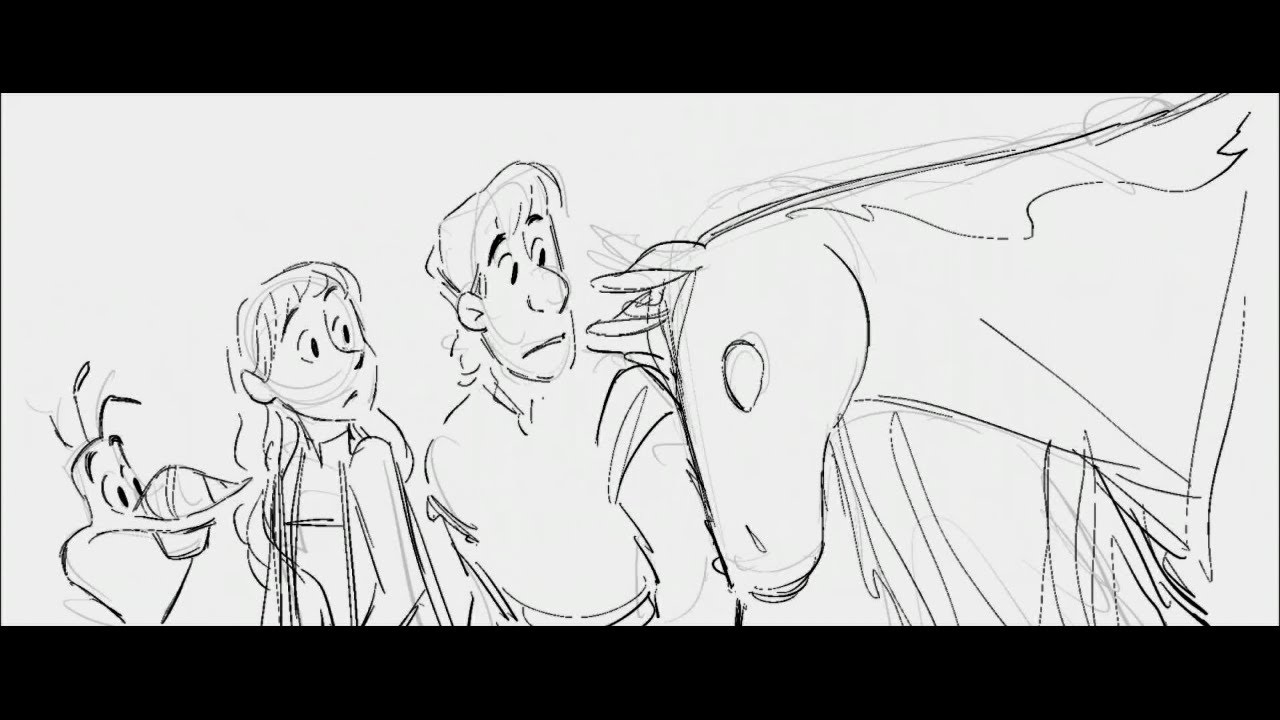 “Her Love Could Hold up the World”

Even though it was deleted, this scene would have been very important.  It shows Anna and Elsa’s parents discussing telling Anna about her sister’s powers.  They thought Anna could help Elsa because a sister’s “Love could hold up the world”.  This is closure for Anna, who always wondered why she was kept in the dark.  She is, after all, just as much of a hero as Elsa. 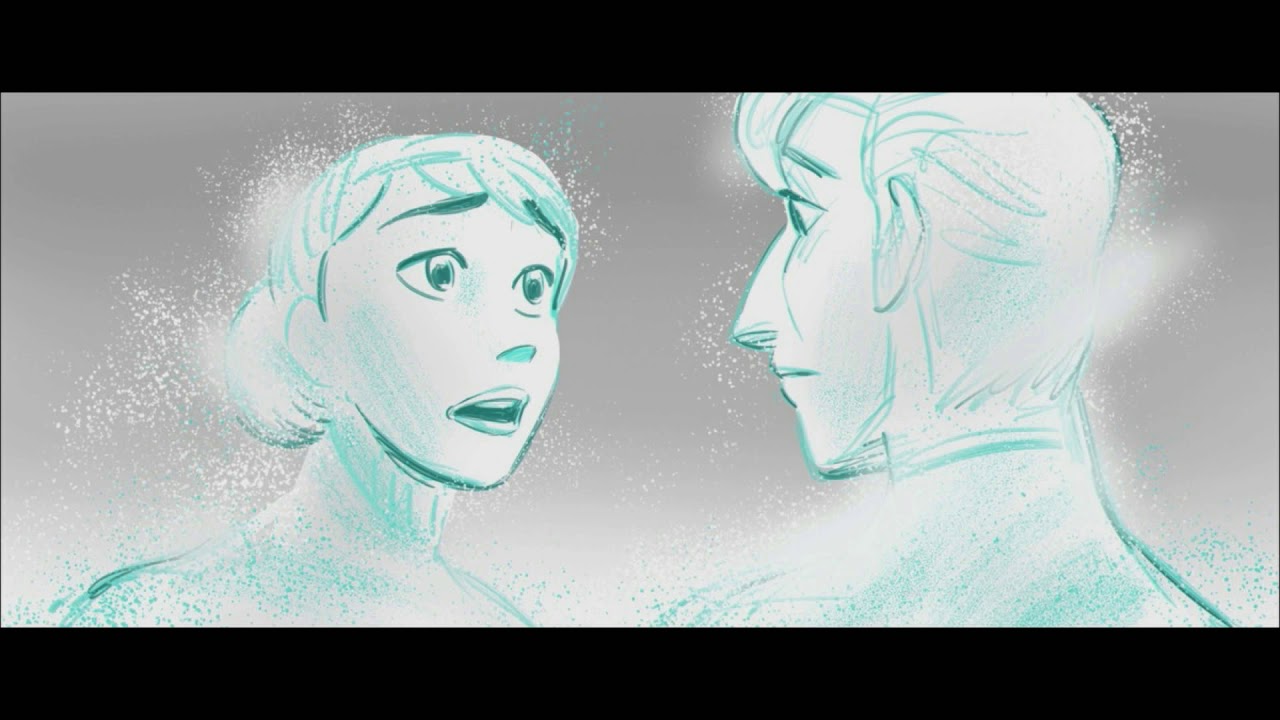 This is not a deleted scene as much as a deleted song.  One sung by Olaf.  Animating his “snow flurries” above his head was always a difficult task. The solution to this was his “permafrost” given to him by Elsa at the beginning of the sequel.  This song was about how he got his permanent freeze. 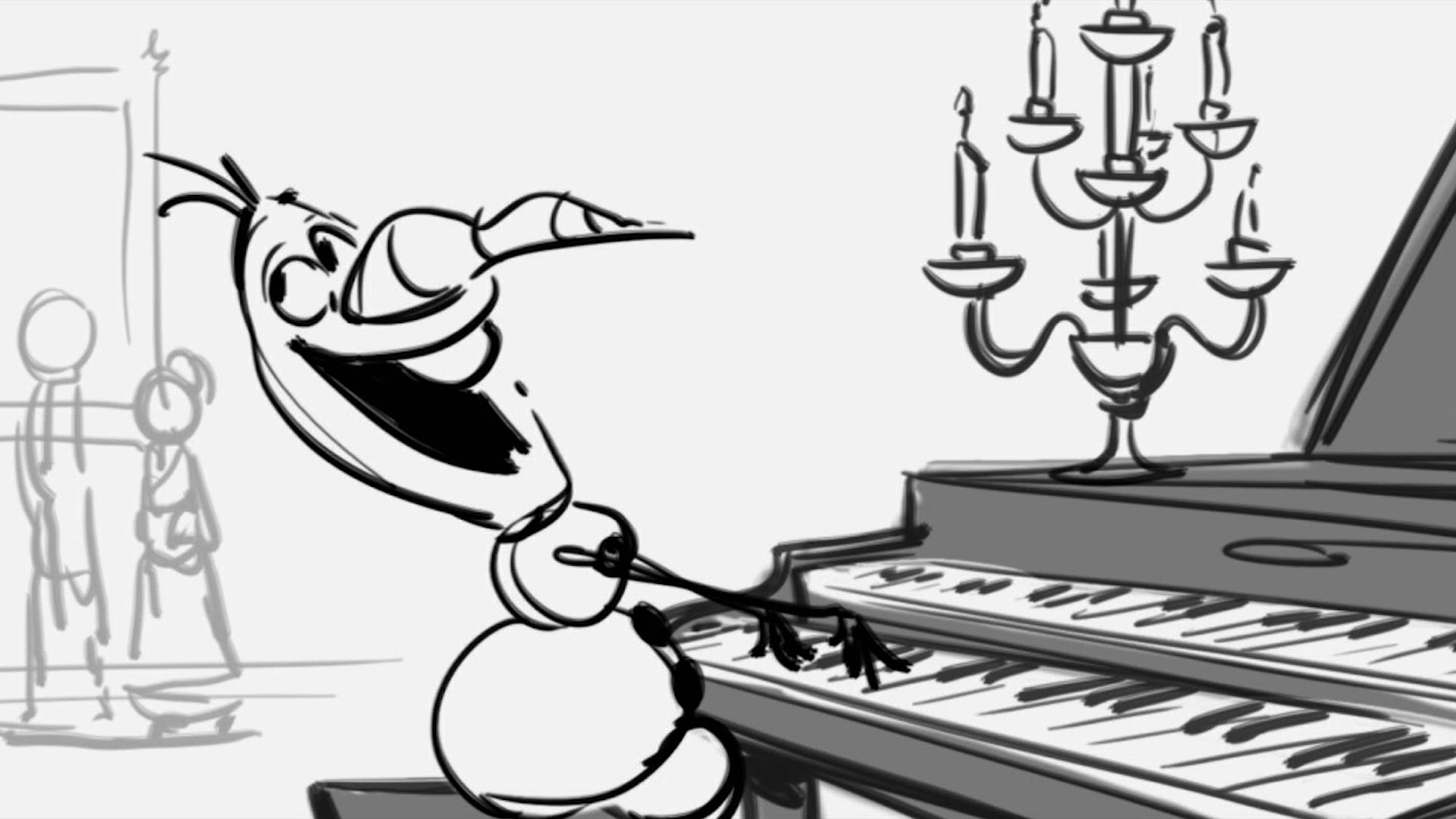 This deleted song, sung by Anna, is about her love for her homeland.  It establishes Anna’s deep connection to Arendelle.  It was eventually replaced with “Some Things Never Change” which made it onto the Frozen II soundtrack.

This song was originally made to give Kristoff something more than just a quick, fun song.  It revolved around his desire to propose to Anna and the trouble he was having finding the right moment.  Instead of just one song, the writers stretched these troubles through the whole film. So, the final proposal at the end of the movie was all the more sweeter. 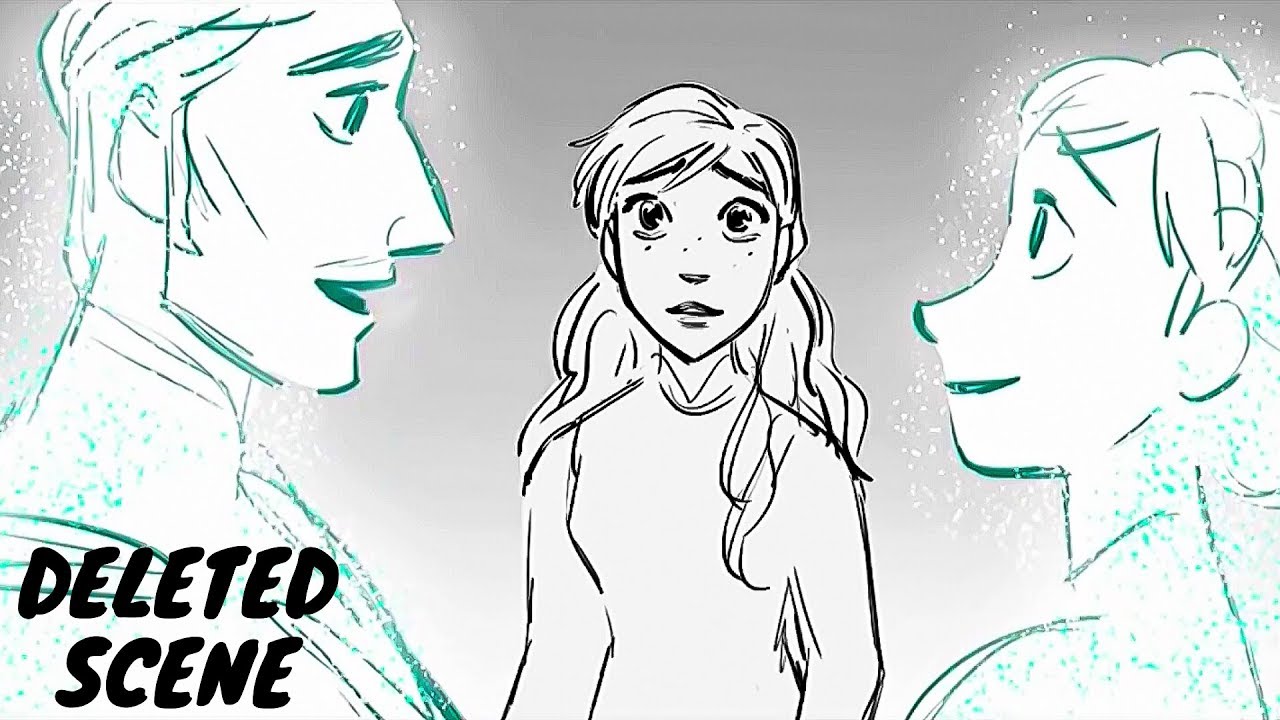 Frozen II has a complicated plot with some mature themes.  The development of the story was intricately important and the writers felt they had to choose the best aspects of the story.  They chose well, as Frozen II was received with positive reviews from kids and adults alike.