30 years ago the Autism Society launched an ongoing nationwide effort to promote autism awareness. This effort has evolved into April becoming National Autism Awareness Month. It is with the desire to focus on inclusion and celebrating uniqueness that the Pixar Animation Studios’ SparkShorts program welcomed new creative voices at the studio to share their stories. This experimental storytelling initiative proudly announces its newest film, “Loop”.

Erica Milsom is the director of “Loop,” a SparkShort now streaming on Disney+, which is centered around two kids at canoe camp who find themselves adrift on a lake, unable to move forward until they find a new way to connect and see the world through each other’s eyes. This film breaks new ground by featuring Pixar’s first non-verbal autistic character. In this Q&A, Milsom talks about the care and authenticity that went into bringing Pixar SparkShort “Loop” to the screen. 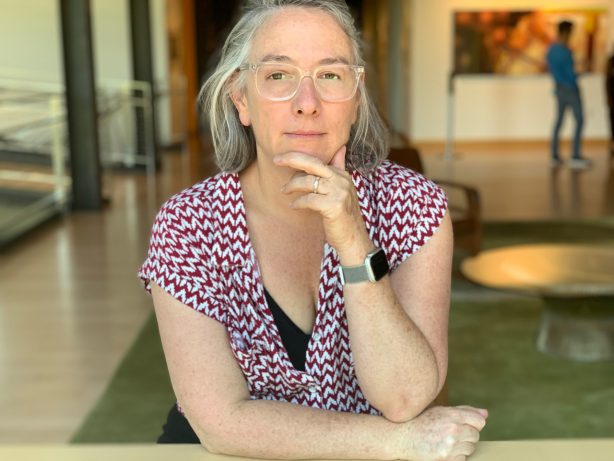 What inspired the story of “Loop”?

Erica Milsom (EM): A year prior, I was volunteering at a non-profit arts program for adults with disabilities and had this profound experience of sitting next to an artist who didn’t communicate using words. I found myself nervous without language to connect, and I put forth a lot of effort to create small talk with them, which didn’t work at all.

One day, the teacher gave me the task of making a rain stick by nailing hundreds of nails into a long tube. When I stopped talking, and worked on this tube, I found that the people around me came to life. They didn’t talk, but they would look at what I was creating, and they’d take me over to look at what they were creating. It was an eye-opening experience for me to learn how people connect so differently.

One of Pixar’s strong suits is creating stories using characters without dialogue. So I had the thought to put our Pixar animators in the shoes of someone who communicates without language.

When did you decide to make this a story about autism?

EM: I reached out to a couple of groups in Pixar, [including] one called Quirky Kids, which is a group of parents with kids who are different. I asked them how their kids who have differences around communication would react in the situation of two kids in a canoe who don’t share a common language. Everyone I spoke with reacted differently, but it became clear that [parents of children with] autism had this really interesting point of view with how they experience things. 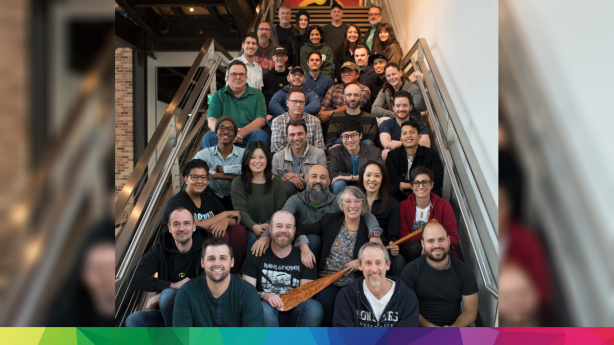 What was important to you when bringing Pixar SparkShort “Loop” to life?

EM: There’s a movement in the disability community called “Nothing about us without us.” What it means is that you shouldn’t tell stories about people with disabilities without including them in the process of making the story—and in a significant role.

For me, it was important that our voice talent for “Loop” was someone who’s autistic. As part of the process, we needed to understand what made her comfortable and what she needed. For Madison Blandy, the voice actress who portrayed Renee, being comfortable meant not auditioning, as well as recording at her house, with her family all together as a support system.

I love how perfect she was for the role because she could be an authentic voice for the character. Without her, we wouldn’t have made something that feels so authentic and true. 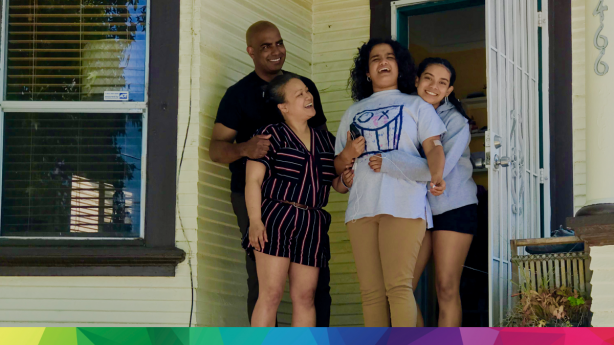 How did you go about depicting the autistic experience in Pixar SparkShort “Loop”?

EM: During the film, we brought in consultants from the Autistic Self Advocacy Network (ASAN) to help us understand and depict our autistic character, Renee. The first and most important thing we learned from them is that Autism is a spectrum, so no one person will represent the entirety of the autistic experience.

But I’d noticed in films I’d seen about autism that their sensory experience is so often displayed negatively, and I got really excited by the positive potential in it. So many of us try to hide what we feel and shove those feelings down. In “Loop,” I love how you can see what Renee is going through, and we tried to display that in the scene where she and Marcus are touching the reeds. It’s a wonderful thing when you can experience the positive side of that sensory difference.

The lighting department helped us figure out what a sensory experience could look like, and I loved one that had saturation and more color, because it showed how it could be positive. 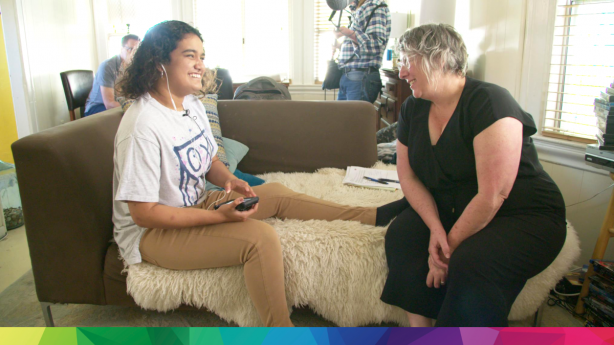 What can viewers take away from Renee and Marcus after watching Pixar SparkShort “Loop”?

EM: Listening to autistic people, it profoundly hit me that sometimes the way they are experiencing the world may come across to non-autistic people as though they want us to go away, but they actually just want someone who will stick around, let them be and protect the space around them. That’s why in “Loop,” Marcus just stays with Renee throughout the film.

It demonstrates the idea that any moment of stress or misunderstanding will pass, and staying open to the moment and relaxing helps everyone. In “Loop,” Marcus doesn’t know what’s happening, but in just giving Renee her space, he finds a way to the other side. From Renee’s perspective, it’s about understanding that someone can give you space and will see your point of view.

Even when it looks like there may not be a possibility to connect, there is. That’s the message here. 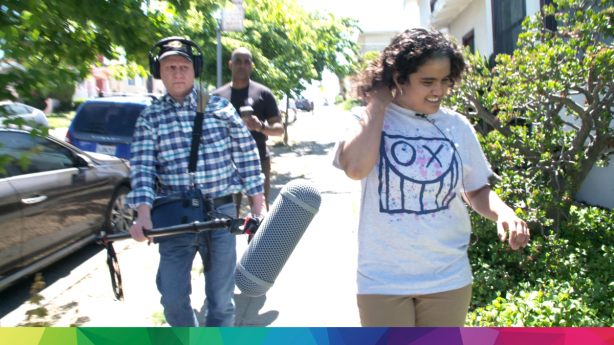