In celebration of Earth Week, D23 has a very special treat for Disney fans, especially those that are as smitten with Disney’s Animal Kingdom as we are!

Together with the creative leads from Walt Disney Imagineering and Disneynature, they are offering a live stream with a focus on how the natural world and Disney’s rich legacy of conservation continue to inspire and influence. 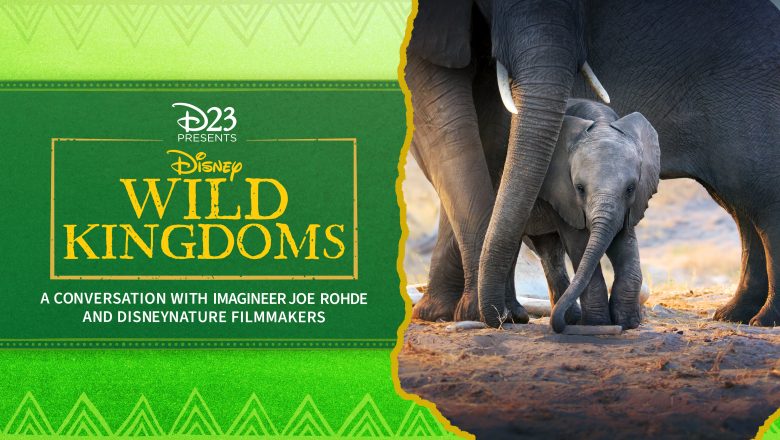 The event will be hosted by Kevin Kern of Walt Disney Archives and will feature awesome chats from the following Disney conservationists, filmmakers, Imagineers and more:

The discussion will highlight the continued impact of Walt Disney’s documentary films and animated depictions of nature in raising awareness of conservation efforts. There will be a special emphasis on DisneyNature films that are currently screening on Disney+ as well as the wonderful intricate details that went into creating Disney’s Animal Kingdom at Walt Disney World.

The screening will be happening on Friday, April 24th at 7pm EST and you can find it by visiting:
Facebook.com/DisneyD23
YouTube.com/DisneyD23

Right now, Friday seems like ages away but there are some awesome ways that you can prep for Friday’s discussion. Yesterday we here at MickeyBlog shared with you yesterday a look at 10 fabulous DisneyNature documentaries that are currently available on Disney+. See how many you can tick off your list this week. Check them out here.

In addition, Joe Rohde has taken to Twitter this month were he is offering a virtual tour of Animal Kingdom. Each day features a new image as breathtaking as the next with awesome facts about this incredible theme park. It is like strolling through the park with Joe himself which is a rare opportunity indeed! Here’s a look:

Pandora is one of the many moons of Polyphemus, which is a planet, presumably among other planets, some, with their own moons, orbiting Alpha Centauri, a star. It is hard to imagine how bizarrely eccentric the movement of these heavenly bodies would look from a moon like that. All of our astrology is based on the observation of the strange movement of heavenly bodies from earth, a planet. Something similar but weirder must exist on Pandora. These markings in the cave of the queue for Flight of Passage are basically astrological images of Polyphemus and other moons as heavenly personalities in a family. In the film references, Polyphemus is rendered with an Eye like Jupiter … And so we show Polyphemus either as a giant eye or a cyclopean person, a mother, of a family. We presume that one of the moons has a very eccentric orbit and is rendered as a primate with a tail. Then, there are stars and planets named for certain Pandoran creatures which have been given symbols to represent them. One of these images shows the hammerhead planet in conjunction with a star. Another shows Polyphemus linked to her moons by umbilical lines. Then there is a Na’vi hand with a songcord draped beneath it to indicate a specific person who has undertaken the challenge. The song cord is a autobiographical piece of jewelry worn by the Na’vi. There is no cave in the movie, we made it up in collaboration with the filmmakers because we we needed it for several reasons. To bridge the distance from the land to the building. To create shade. And to create a sense of ceremony before the real business of loading a. Attraction begins. Presumably we all get the pun of Flight of Passage relating to a rite of passage. We actually structured the ride on the arc of real rites of passage… Disorientation, challenge, revelation, and Release.