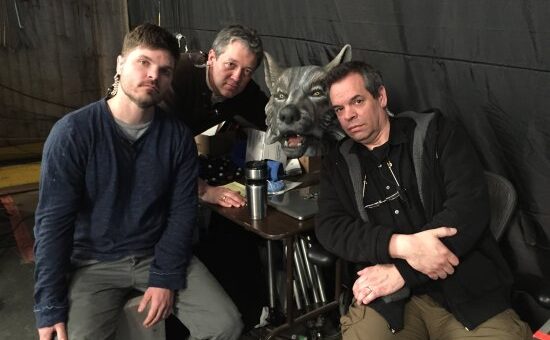 Gary Martinez a technical supervisor at Technoprops has spent over 25 years helping to bring some of our favorite films to life including Avatar, Star Wars: The Force Awakens and Avengers: Endgame. Now, according to a recent piece in Esquire, he’s utilizing his technical savvy to help those on the front lines of the COVID-19 crisis.

Martinez became interested in videos he was seeing of Italian engineers 3D printing ventilator valves as part of a grassroots effort to combat the spread of the coronavirus and immediately wondered whether he could put his film production skills to the same test. 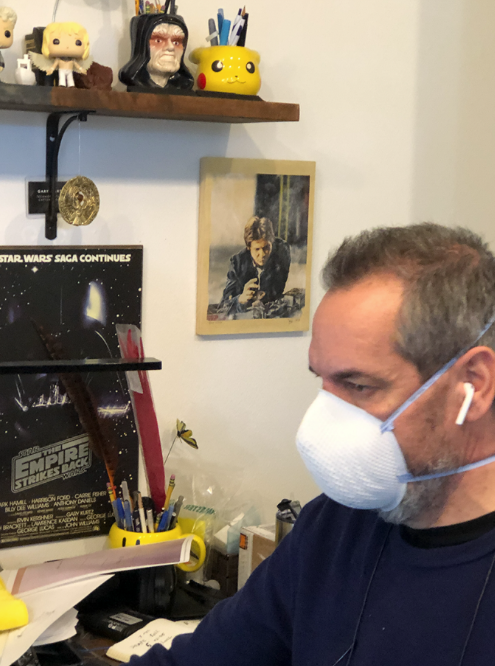 According to the article, it didn’t take long for Martinez, a former Navy Sonar Technician to realize that ventilator valves weren’t the way forward as there is such a larger variety of ventilator types.  Instead,  he set his sights on something that he felt perfectly at home with given his background in fashioning Storm Trooper Masks. He would design reusable face shields that could be easily disinfected. 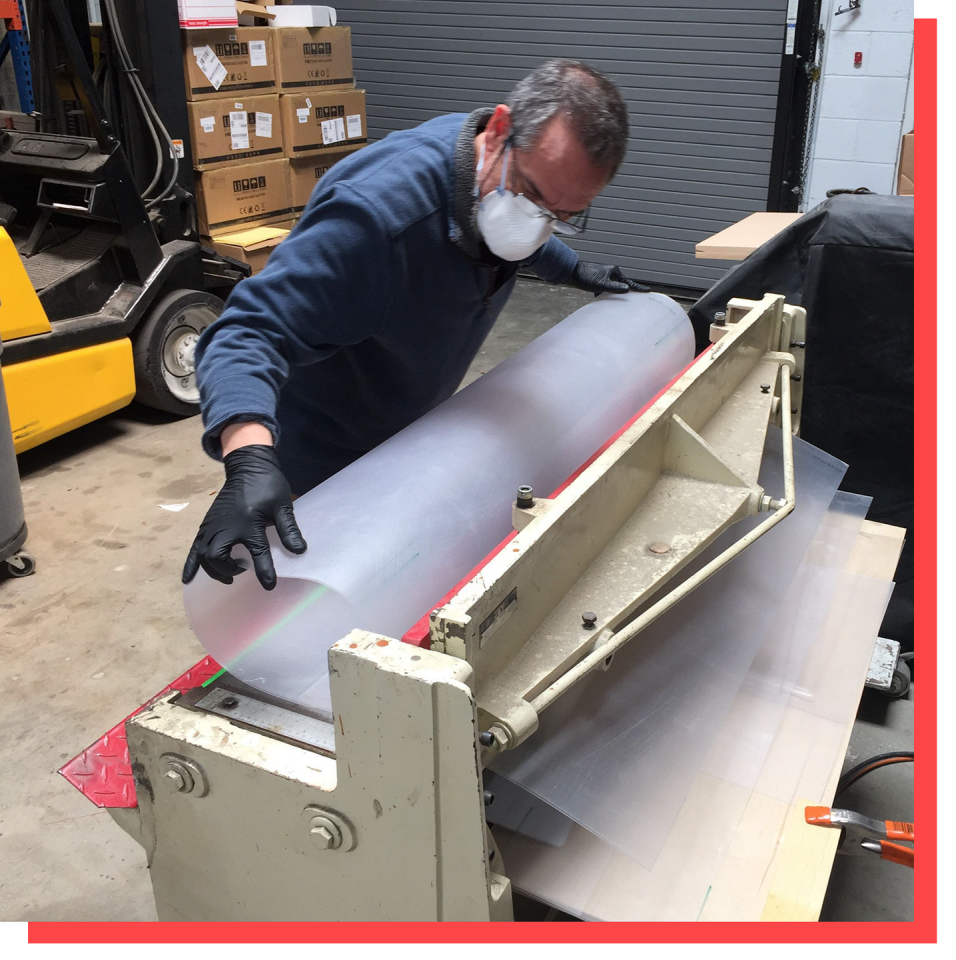 News channels over the past few weeks have been brimming with details of amazing individuals printing their own shields at home. However, Martinez noticed a simple flaw with most of the designs he had seen. According to Esquire, the plastic sheet that wrapped around the shield was made with acetate and these did not extend all the way to the ear. This meant that the wearer could still be exposed to respiratory droplets. In addition, acetate remains cloudy impacting visibility. Finally,  because the material is rigid, it is also difficult to get a good seal leaving the forehead area exposed in some places. 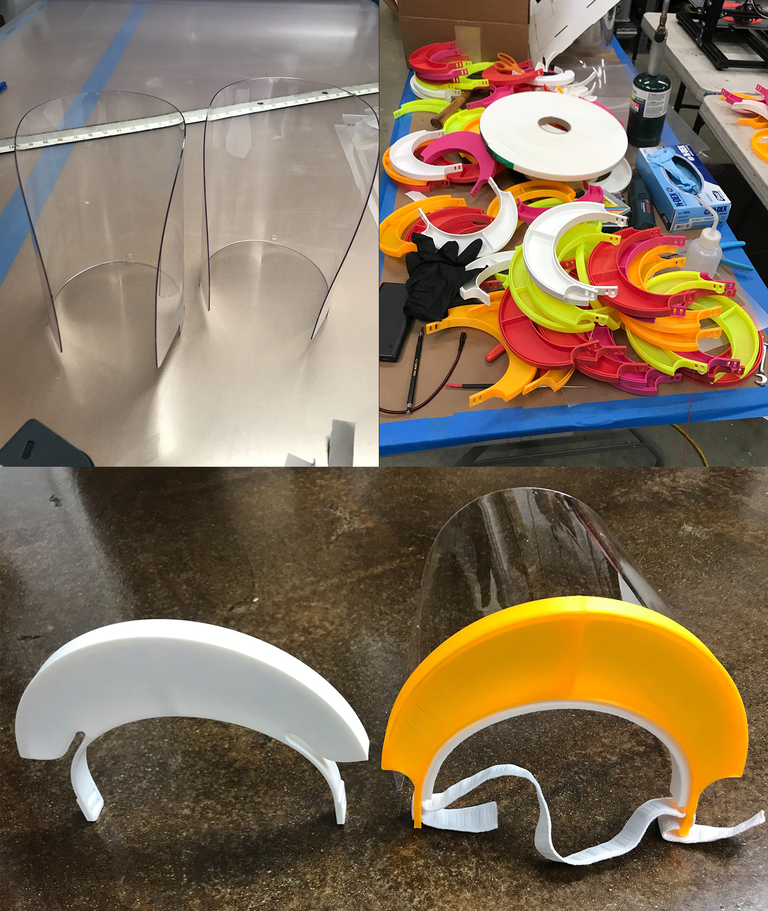 So Martinez, who once supervised the fitting and alignment for the helmet-mounted facial capture cameras used in Avatar, worked toward a solution. He started sketching face shield prototypes and sourcing material from distributors. He consulted his nephew who worked in the medical field as well as other healthcare professionals.

He came up with $6000 to cover the initial cost of 10 CR-10 printers as well as materials like foam, filament and elastic and started a make-shift assembly-line in his Van Nuys workshop. 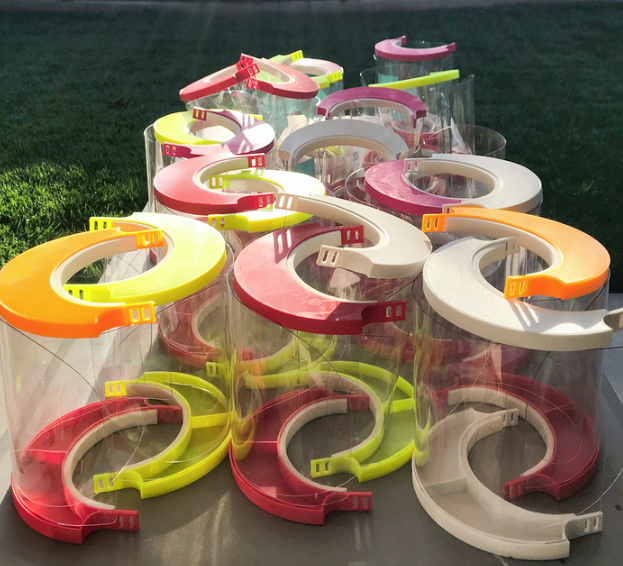 But Martinez didn’t stop after just one idea. Around the time that he began printing the face shields, he got a message from a friend about a Doctor in Taiwan who had invented a clear plastic box with armholes that could be placed over a patients head during intubation thus limited the spray of respiratory fluid as the tube was inserted.  Martinez immediately saw an opportunity to recreate this tool but in a way that would make it lighter and easier to manufacture.

Three days later Martinez was using 10 printers to make the parts for the face shields then cutting them with a laser and bending each one. He could create 40 shields during a 12-hour shift. While he rested and worked he was still thinking about the respiratory boxes and realized that by curving them on one side they could become more comfortable both for health care workers to lean over and for patients to see out of. 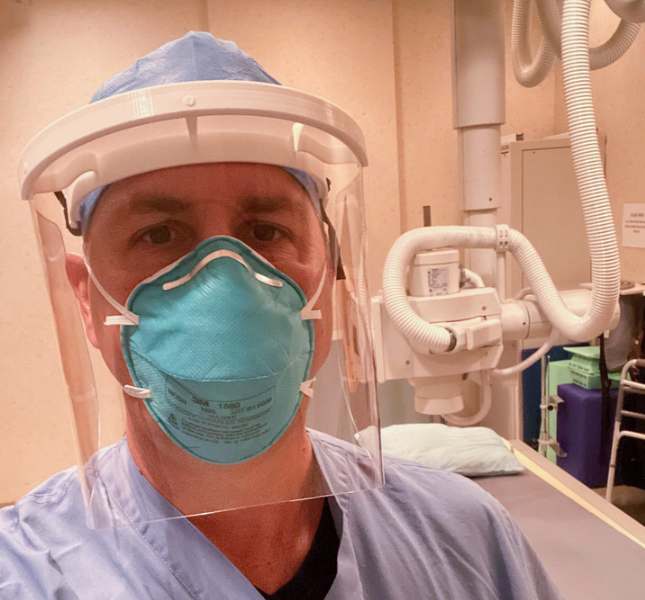 However, one important question remained. Would these creations actually be effective for current healthcare workers and if so, how could they manufacture them more quickly?

Martinez quickly received an answer when a friend used the mask at Union Health in Indiana along with an aersol box. Quickly, an order came in for 10 more boxes and 100 more shields. Two days later a venture capitalist reached out and wanted 60 more shields made for a hospital anesthesia team. From there the orders began flowing in steadily spanning the coasts from Lost Angeles to Massachusetts. 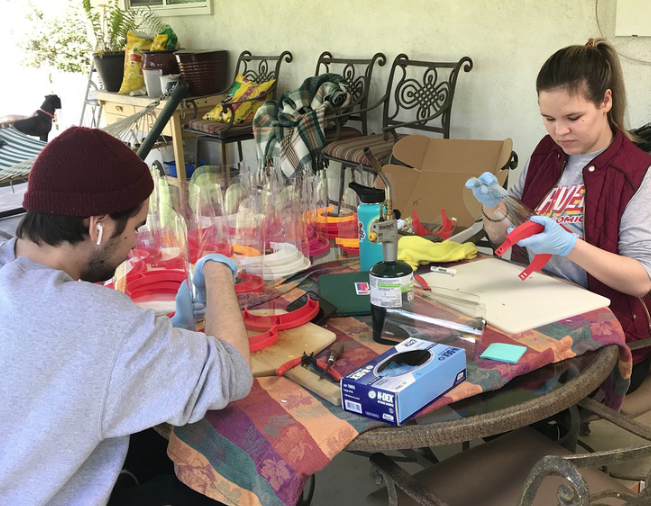 As of going to print, Martinez has kept the printers running for two weeks recruiting other coworkers to help him speed up assembly. Martinez told Esquire that he doesn’t plan to stop He needs help covering the cost of materials (about $3.50 per shield) but isn’t interested in making a profit for the product.