April is Earth Month and Disney+ is getting in on the celebration. If you remember yesterday, we brought you the news that Meghan Markle is serving as narrator for a DisneyNature/Disney+ documentary show called Elephant. Today, I have even more fun upcoming animal documentaries to share with you. Disney+ announced that “Dolphin Reef”will also be released April 3rd with narration by Academy Award®-winning actress Natalie Portman. Following its theatrical release last year, the Disneynature film “Penguins” will join the Disney+ debuts that same day.

The Earth Month collection on Disney+ will also contain additional Disneynature titles premiering on the service on April 3 including “In the Footsteps of Elephant,” “A Life on the Edge” and “Diving with Dolphins” which give viewers behind-the-scenes access into the unique filmmaking process of all three films.

These captivating films will join an already robust collection of animal and nature titles highlighted throughout the month including National Geographic’s “America’s National Parks,” “Wild Yellowstone,” “The Flood,” “JANE,” “Before the Floods,” “Planet of the Birds,” “Sea of Hope: America’s Underwater Treasures,” “Kingdom of the White Wolf,” “Tree Climbing Lions,” Hostile Planet” and “Wild Russia.”

Directed by Mark Linfield, co-directed by Vanessa Berlowitz and Alastair Fothergill, and produced by Mark Linfield, Vanessa Berlowitz and Roy Conli, “Elephant” follows African elephant Shani and her spirited son Jomo as their herd make an epic journey hundreds of miles across the vast Kalahari Desert. Led by their great matriarch, Gaia, the family faces brutal heat, dwindling resources and persistent predators, as they follow in their ancestor’s footsteps on a quest to reach a lush, green paradise.

In recognition of “Elephant,” Disneynature and the Disney Conservation Fund are supporting Elephants Without Borders, an organization working in Botswana to ensure people and elephants thrive. Elephants Without Borders is working on strategies to protect Botswana’s elephant haven, helping to reduce human-wildlife conflict through education, economic development, and solutions that either redirect elephant migration away from people, or provide communities with tools that help to protect themselves and their properties when elephants are nearby. 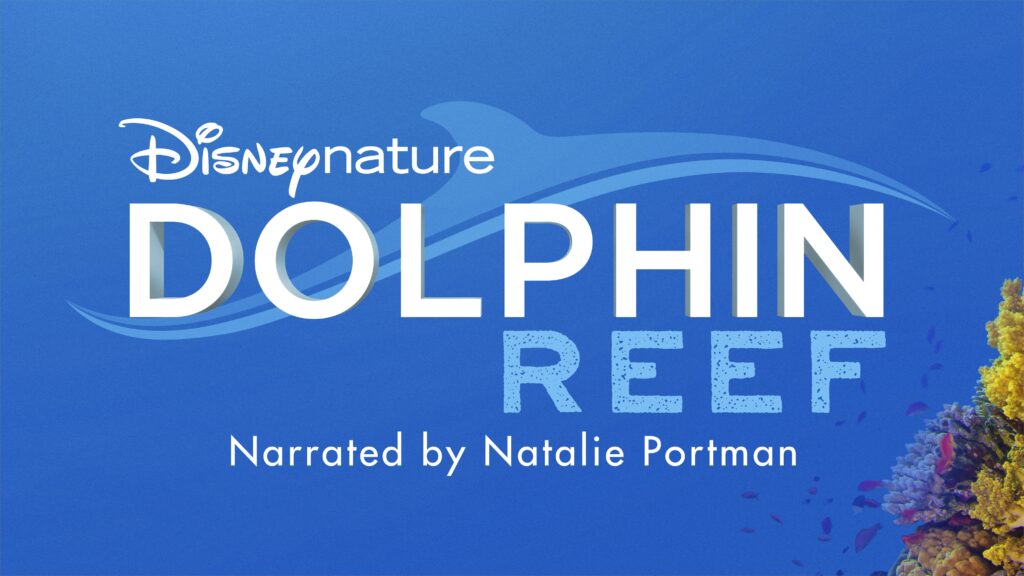 “Dolphin Reef” dives under the sea to frolic with some of the planet’s most engaging animals: dolphins. Created with Disneynature’s signature storytelling style, the film introduces Echo, a young Pacific bottlenose dolphin who can’t quite decide if it’s time to grow up and take on new responsibilities. Dolphin society is tricky, and the coral reef that Echo and his family call home depends on all of its inhabitants to keep it healthy. But Echo has a tough time resisting the many adventures the ocean has to offer. Keith Scholey, who directed Disneynature’s “Bears,” helms the film.

Disney has a long history of supporting oceans and marine life around the world. Grants from the Disney Conservation Fund and expertise from Disney Conservation Team Wildlife have helped leading conservation organizations and communities to establish coral nurseries to help to re-grow their damaged reefs, build fisheries that save fish and provide local job opportunities, rescue stranded dolphins, and inspire children to explore and protect coastlines, reefs and other marine habitats.