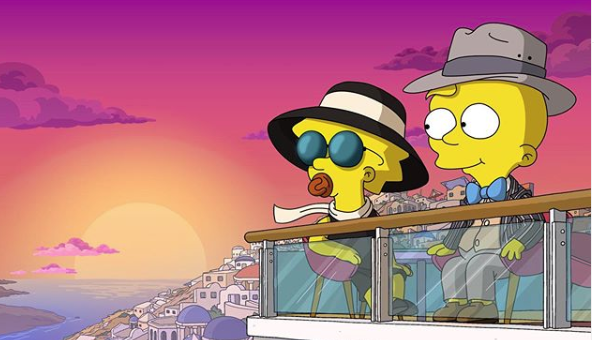 We’ve got some awesome news to share with fans of The Simpsons!  When Pixar’s new movie Onward hits theaters on March 6th it will include a brand-new short featuring everyone’s favorite family!

‘Playdate with Destiny’ is the title of the short film and will focus on Maggie who is on what looks to be a European sojourn. Check out the post here:

Having a short film at the start of a Pixar film has been a long-held tradition. What’s slightly different in this case is that it’s not a Pixar short but rather one that capitalizes on Disney’s recent acquisition of Fox.

That’s not the only Simpson’s news we have for you today! Earlier in the day we reported that Sunday’s episode of The Simpson’s will have an Avengers/Marvel theme and Marvel’s Kevin Feige will even lend his voice to the villain in the episode. Find out more here.

Thinking about a visit to Disney World? Getting started is easy! Simply fill out our form below to get your FREE, no-obligation quote from MickeyTravels. Book before March 31st and I’ll even throw in a FREE, Disney gift card!