Watch Star Wars: The Rise of Skywalker At Home, March 17 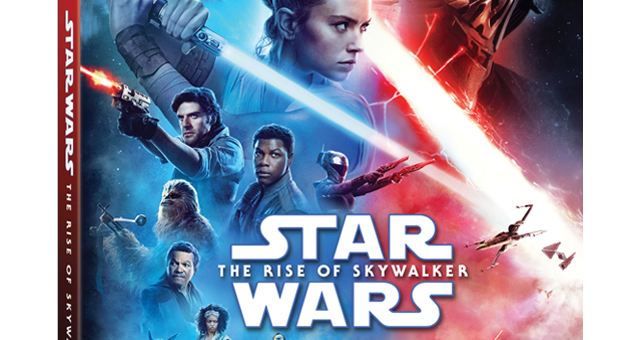 And, because of its place at the end of the Saga — its break-neck pacing and packed plot —  Star Wars: The Rise of Skywalker benefits from multiple viewings.

I saw it five times in the theater and I still think I’ll find new details with each subsequent viewing; however, Fandango isn’t getting any more of my cash.

Watch The Rise of Skywalker At Home

Daisy Ridley is Rey in STAR WARS: THE RISE OF SKYWALKER

StarWars.com reported that Episode 9 will hit digital on March 17.

For the full details on the different versions fans may purchase check out StarWars.com, but here’s the basic breakdown:

Now, you can complete your collection and experience the saga anytime you want when Star Wars: The Rise of Skywalker arrives digitally in HD and 4K Ultra HD and via Movies Anywhere on March 17, two weeks before it lands physically in 4K Ultra HD, Blu-ray, and DVD on March 31.

Bonus material includes a feature-length, making-of documentary, which goes behind the scenes with the cast and filmmakers from Star Wars: The Rise of Skywalker and explores the legacy of the Skywalker saga. Plus, other extended features allow you to dig into the film’s Pasaana desert scenes, hear from Warwick Davis as he reprises his role as Wicket the Ewok, and learn about how the creature effects team created a record 584 creatures and droids for the film, including D-O!

The digital release also includes a special, exclusive feature highlighting legendary composer John Williams, who has scored every episode in the Skywalker saga.

A scene from STAR WARS: THE RISE OF SKYWALKER