This is a gift, kids. The legendary Jody Houser is writing the adaptation of Star Wars: The Rise of Skywalker.

The news is out! I'm writing Star Wars: The Rise of Skywalker comic for @Marvel, with the amazing @WillSliney on art! And look at that brilliant @philnoto cover! https://t.co/tPVjFmfimt #StarWars #RiseOfSkywalker pic.twitter.com/Mv4NTd12zD

Ironically, I realized earlier today I forgot to buy a ticket for Star Wars Nite at Disneyland. And I STILL haven't gotten to ride Rise of the Resistance, which I consider essential research for work purposes.

And Marvel.com made it official:

Announced earlier today at ComicsPRO in Portland, Oregon, Marvel Comics will be putting the final chapter of the Skywalker saga to the page in a comics adaptation of Star Wars: The Rise of Skywalker. Writer Jody Houser (STAR WARS: TIE FIGHTER) and artist Will Sliney (STAR WARS: THE RISE OF KYLO REN) will be teaming up to tell the epic story in STAR WARS: THE RISE OF SKYWALKER ADAPTATION #1! 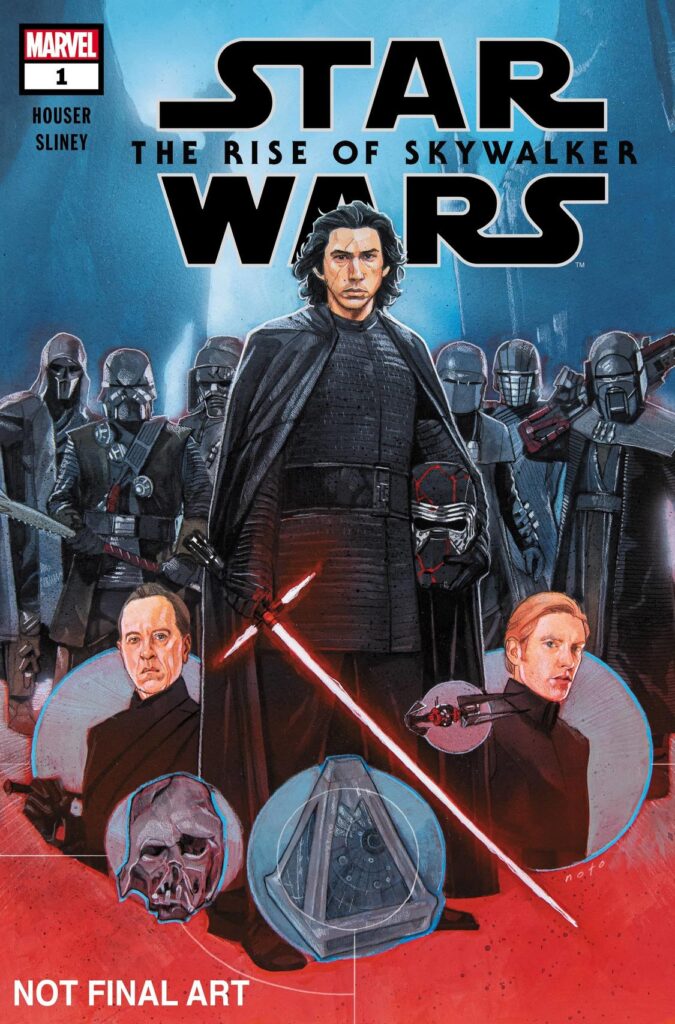 As a lifelong Star Wars fan, it was an honor to be asked to be a part of wrapping up the Skywalker saga with Marvel Comics… We have some fun plans to add scenes and material that weren’t seen in the movie.”
Jody Houser, Marvel Comics

Last night, I got to bring a guest to an early #StarWarsRiseOfSkywalker screening. So I brought my Star Wars GM Zeke, who had been running #NerdSabacc for almost seven years now. A small gesture of thanks to a dear friend. 💖 #StarWars #TheRiseOfSkywalker

In addition to the shocking twists and turns that were present in the film, the five-issue limited series will also have brand-new story material for readers to enjoy!

Saw Knives Out this week and LOVED it, so here's a #TBT to Halloween where @juliajoyw and I reenacted a scene from another @riancjohnson movie. #StarWars

These film adaptations are some of my favorite pieces of Star Wars merchandise. And, when they are written as well as Jody Houser can write, they enhance the film each time you thumb through. Not to mention that Ms. Houser is a big Star Wars fan, to boot….

Now I just have to figure out whether I am buying each subsequent issue or if I am waiting for the collected volume.

I’ll let you know when the first issue of Houser’s adaptation comes out in June.