Some amazing actors lent their voice talents to the upcoming Mira, Royal Detective.

Set to premiere on March 20, the show will have a joint global premiere in the United States and India.

“It’s embracing diversity in such an amazing way,” said Leela Ladnier, who plays Mira. “I’m so honored and grateful to be part of this show.” 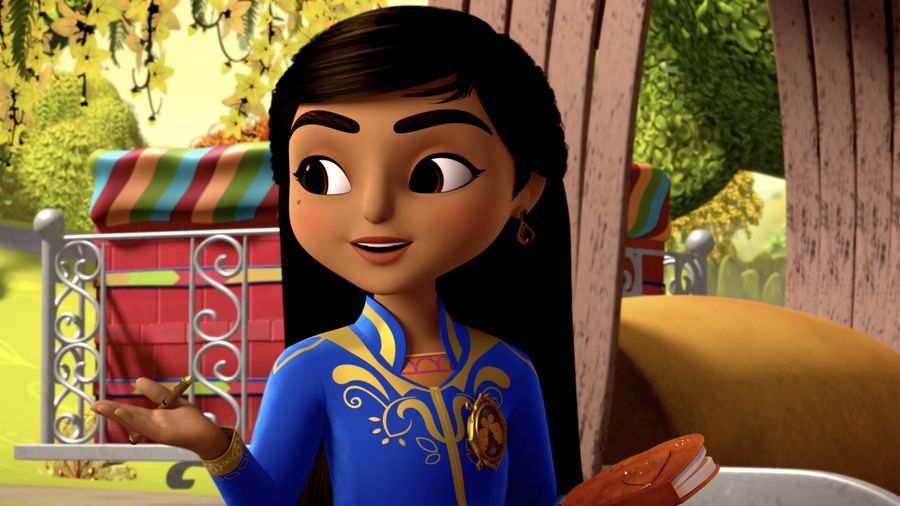 MIRA. MIRA, ROYAL DETECTIVE. Set in the magical Indian-inspired land of Jalpur, the series follows the brave and resourceful Mira, a commoner who is appointed to the role of royal detective by the queen and travels throughout her kingdom to help royals and commoners alike. (Disney Junior)

Last year, Kal Penn teased the look of his character in a tweet:

Sneak peek of what my character in #MiraRoyalDetective looks like (I’m Mikku, the tite beige mongoose with the glasses). Wishing everyone a Happy #Diwali, catch the show Spring 2020 on #DisneyJunior! pic.twitter.com/CcijWKRNUq

“It is a hilarious, very smart, educational show,” said Penn to Disney Channel’s cameras. “Mira is incredibly confident and capable.

“And what an incredible message that sends to young girls, obviously; but also young boys who will watch the show and be inspired by her.” 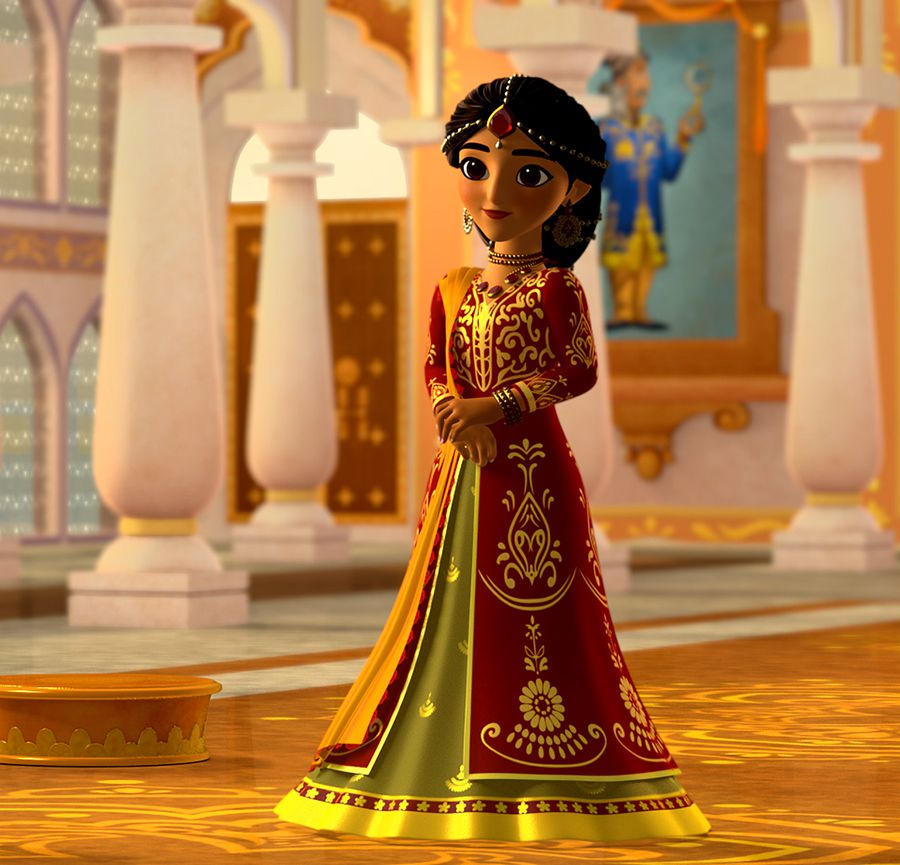 QUEEN SHANTI. MIRA, ROYAL DETECTIVE – Set in the magical Indian-inspired land of Jalpur, the series follows the brave and resourceful Mira, a commoner who is appointed to the role of royal detective by the queen and travels throughout her kingdom to help royals and commoners alike. (Disney Junior)

“It’s so important for young, South Asian women to see a character where the hero is the girl,” said Jameela Jamil (Auntie Pushpa). “She’s not just the accomplice or the problem.

“She’s the one solving everything.” 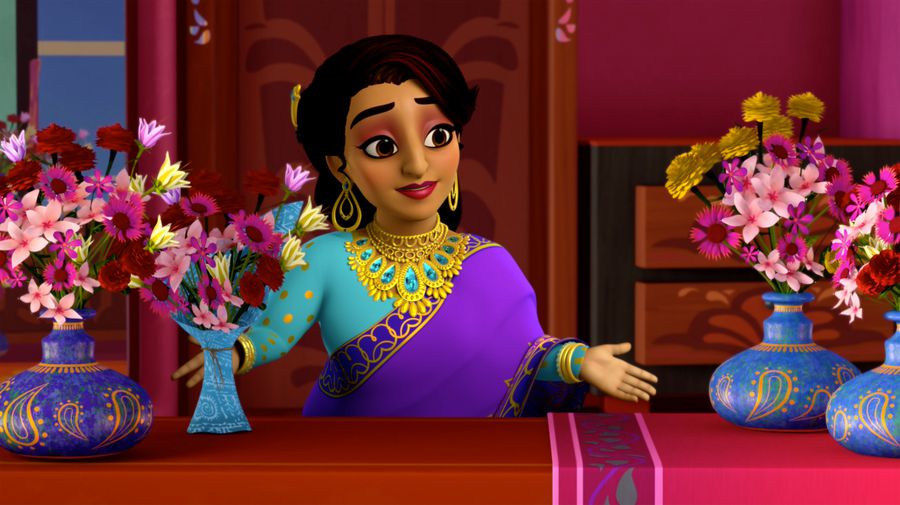 “It’s the most meaningful project you can be on,” explained Hannah Simone (Pinky). “Something that is not only great quality [in terms of its] storytelling, but is also really meaningful in how they’ve built the cast.”

“I’ve never been on a show where everyone on the call sheet is South Asian,” said Utkarsh Ambudkar (Chikku). “Usually you are the one South Asian among a sea of other ethnicities.” 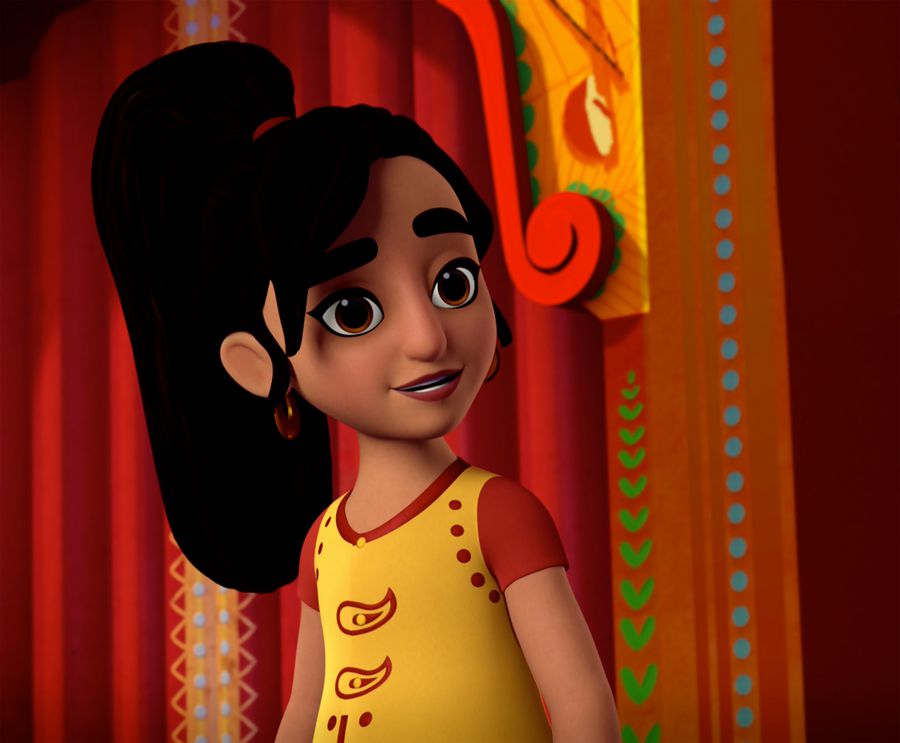 Created for kids age 2-7 and their families, Mira, Royal Detective centers on Mira, who, along with her friend Prince Neel, creative cousin Priya, and comical mongoose sidekicks Mikku and Chikku, set out on mystery-solving adventures that highlight critical thinking and encourage deductive reasoning for young viewers. Each episode is comprised of two 11-minute stories that celebrate the cultures and customs of India by incorporating authentic food, fashion, language, and art. Reflecting their importance in Indian culture, music and dance play an integral role in “Mira, Royal Detective,” with each episode featuring at least one original song and dance number that showcases the diversity of the culture.

And, of course, there’s a catchy theme song:

A video for the song, “We’re on the case…” will debut on February 21 and, timed with the series premiere, Disney Records will release a 20-song digital soundtrack. Toys for the show, already renewed for a second season, will hit stores in the fall.