BREAKING NEWS: Area Behind Main Street Fire Station at Disneyland On Fire and Power Is Out 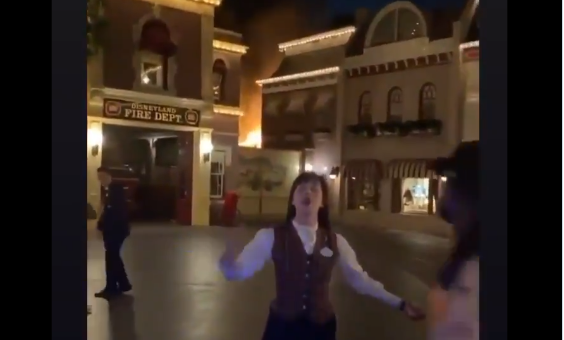 We’ve got some breaking news over at Disneyland theme park.  Images are coming in on Twitter of a fire that has broken out behind the Fire Station in the Main Street/ Front entrance area of the theme park.

Here’s a look at a tweet that was shared not too long ago:

Fire has started at @Disneyland please stay safe everyone. #disneyland all of Adventureland and Main Street has shut down pic.twitter.com/I8Lt5ImrpD

Here’s another look at the blaze:

Another user that claims to know people currently working at the park has said that the fire was to the power generators nestled in this backstage area of the park.

My roommate that works at #Disneyland said that the power generators caught on fire. Wow.

All of Adventureland and Main street is shut down.

Can you imagine telling people "Move along now…Nothing to worry about." With a LITERAL fire behind you?!

Other guests are reporting that the power is out in many areas of the park.

Electricity is shut off in certain parts of Frontierland and Adventure land due to the fire. #Disneyland pic.twitter.com/mcvYnqXNy5

JUST IN: Anaheim firefighters put out small fire behind the scenes near Main Street at #Disneyland

In a story reported by the network which you will find here, the fire broke out around 6pm EST according to Anaheim Fire and Rescue Department. Officials said that firefighters who responded to the scene put out the blaze before further units arrived. No injuries or damage has been reported so far. Park officials suggested that the blaze may have happened in a vegetation area of the park.

This is a story we’ll be following closely here at MickeyBlog so stay tuned for the latest updates.