Driving home from work, my brain was doing summersaults thinking about Star Wars.

Next Up: The Clone Wars

StarWars.com is all in on The Clone Wars. As is Star Wars Insider.

From the Pages of Star Wars Insider: Get Ready for Star Wars: The Clone Wars 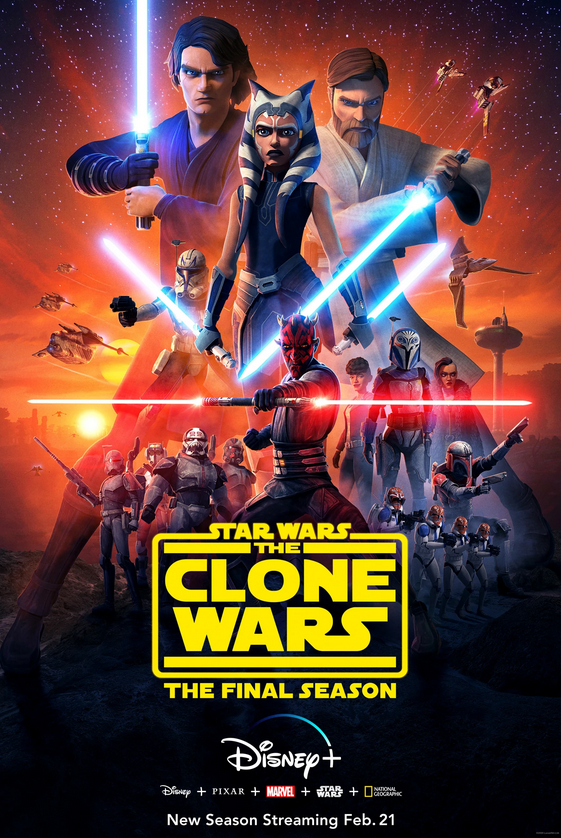 It was a war left unresolved. On March 2, 2013, Star Wars: The Clone Wars ended abruptly after five broadcast seasons, going out with a bang with “The Wrong Jedi.” On March 7, 2014, the final thirteen episodes of the series were released as the so-called Lost Missions, a partially finished batch of episodes intended to make up half of the sixth season. Among them were more stories of sacrifice and deleterious prophecies, but it seemed we would never see where the story was truly meant to end. Until now.

The final 12 episodes promise to be an explosive reunion of old friends and foes, and new faces, with a proper, send off to the story that inches closer to the events of Star Wars: Revenge of the Sith (2005).

The Clone Wars were a time of growth and new challenges for Anakin, punctuated by the occasionally thankless task of teaching young Ahsoka, who at times turned out to be just as impertinent and impulsive as her master. The surprising assignment to lead Ahsoka’s training came from wise Jedi Master Yoda, who hoped the exercise would finally teach Skywalker how to let go. (Unfortunately, we know how that ultimately turned out.)

Yes, we do. But the new Clone Wars season will fill in more gaps, no?