Now on a promotional tour for his current movie Birds of Prey, Ewan McGregor  — Obi-Wan Kenobi, himself — is talking about his upcoming project for Disney+.

An almost giddy McGregor added, again over the adulation of an appreciative crowd, “We’re going to do another one.”

A Good Idea to Do a Series

“We’ve been talking about it for a long time,” continued the veteran actor, who appeared alongside Kathleen Kennedy last summer during D23. “It was going to be a movie, then decided that it would a good idea to do it as a series… for Disney’s new streaming platform.

“I’m going to start shooting it next year.” 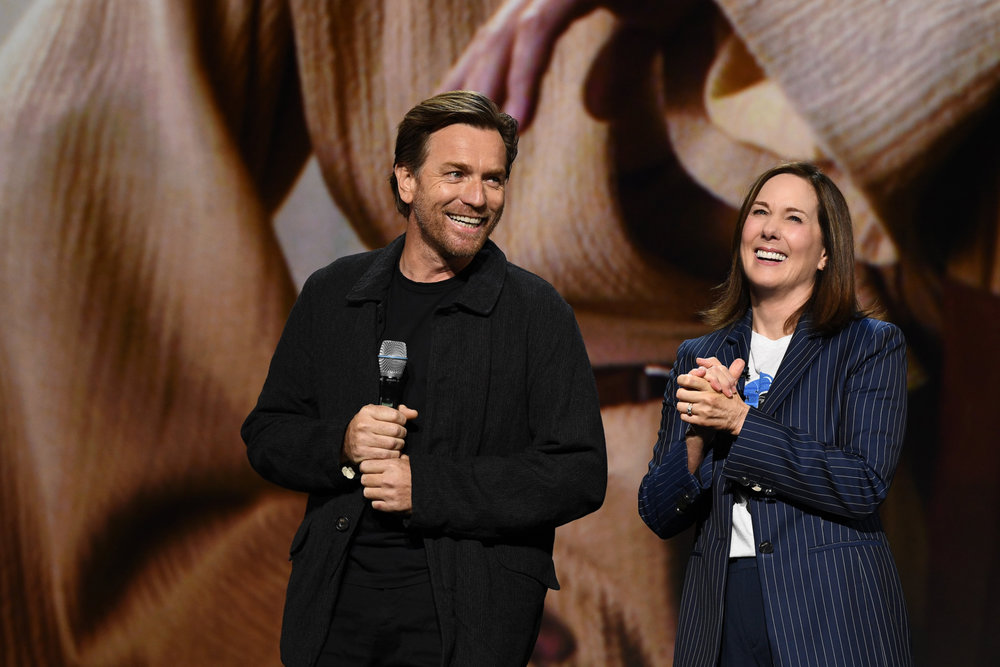 Asked by Fallon if he’d been doing any prep work for the heretofore untitled “Kenobi” series, Ewan said he’d been watching The Mandalorian.

“And I’m just trying to keep abreast of all the new Star Wars films that come out.

“I’m excited about it; it’s been a long time,” said McGregor.

Check out the full interview:

Earlier this month, McGregor told ET that there was no need to worry about the oft-rumored, on-again, off-again, on-again production.

“The scripts are really, really good,” he said to Entertainment Tonight’s cameras. “They want to make them better. And they’ve just slid the production.

“So it’s not as dramatic as it sounds [on the Internet]… we’re airing on the same day, and all that stuff.”

From Obi-Wan’s mouth to The Maker’s ears.

Watch that full interview below:

Doubling down on the sentiment, McGregor said on Extra, “I’m really, really looking forward to it.”

Grow back the beard, pronto!