In less than two months, the much-anticipated Mickey & Minnie’s Runaway Railway will debut at Disney’s Hollywood Studios. March 4th to be exact! As we countdown the days, Disney is releasing a series of cartoon short-inspired posters to get us pumped for the new attraction’s opening. 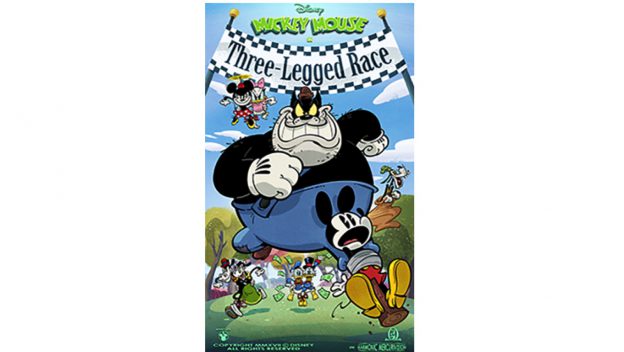 The latest cartoon short-inspired poster for Mickey & Minnie’s Runaway Railway, titled “Three-Legged Race” as seen above, showcases Mickey and Pete teaming up for the big race while Minnie teams up with Daisy. While Mickey wants to play by the rules, it looks as if Pete has another idea along with some of the other contestants.

All of these countdown posters are a preview of what Guests will experience during Mickey & Minnie’s Runaway Railway. The attraction is designed so that Guests will first see posters of existing, award-winning Mickey shorts that might have previously debuted at the Chinese Theater. These have all been designed by Walt Disney Imagineering and Disney Television Animation just for the ride. 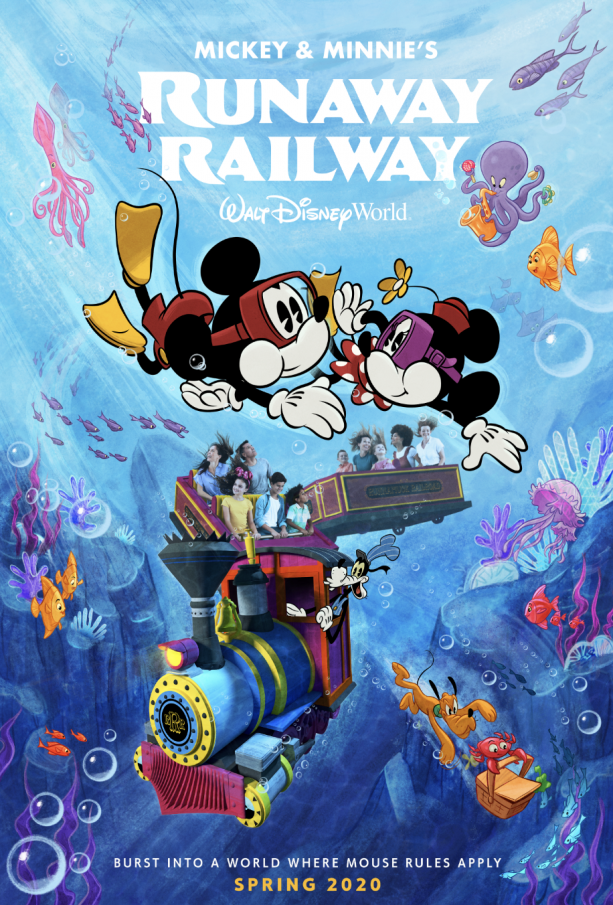 As we have previously reported, Guests on Mickey & Minnie’s Runaway Railway will actually be entering the all-new Mickey Mouse cartoon short, “Perfect Picnic!” for a unique experience. Guests are also said to expect the unexpected!

Want to be among the first to experience Mickey & Minnie’s Runaway Railway? Fill out the form below or send an email to Holly@MickeyTravels.com for a FREE, no-obligation quote to book your Disney vacation. When you book your vacation package with me by January 31, 2019, you will be entered to win a FREE Memory Maker/$169 vacation credit.  All packages* will also receive a Disney Gift Card with your final travel documents.As an agent with MickeyTravels (a Platinum Earmarked Agency), I will be on hand to help you with everything from finding your perfect package and I offer rate monitoring to ensure you are receiving the best rate available by Disney. I work with all Disney Destinations and destinations outside of Disney. Best of all, my services are absolutely FREE. Get in touch via email at Holly@MickeyTravels.com or calling 954.401.9577. Also, make sure to CLICK HERE to follow along with my Facebook page for all things Disney and giveaways!