Marvel: Star Wars Comics – The Rise Of Kylo Ren, No. 2

I love synergy. For instance, when I get to write about Galaxy’s Edge — or the progeny of Lucasfilm and Disney Imagineering — all is right in the world.

Today, as I scanned the newsfeed, I was reminded that Marvel and Star Wars have a love child (love children?) of their own. Currently, Marvel’s Star Wars: The Rise of Kylo Ren is going far in answering some of the many questions we all still have about the Sequel Trilogy. And we have many questions. 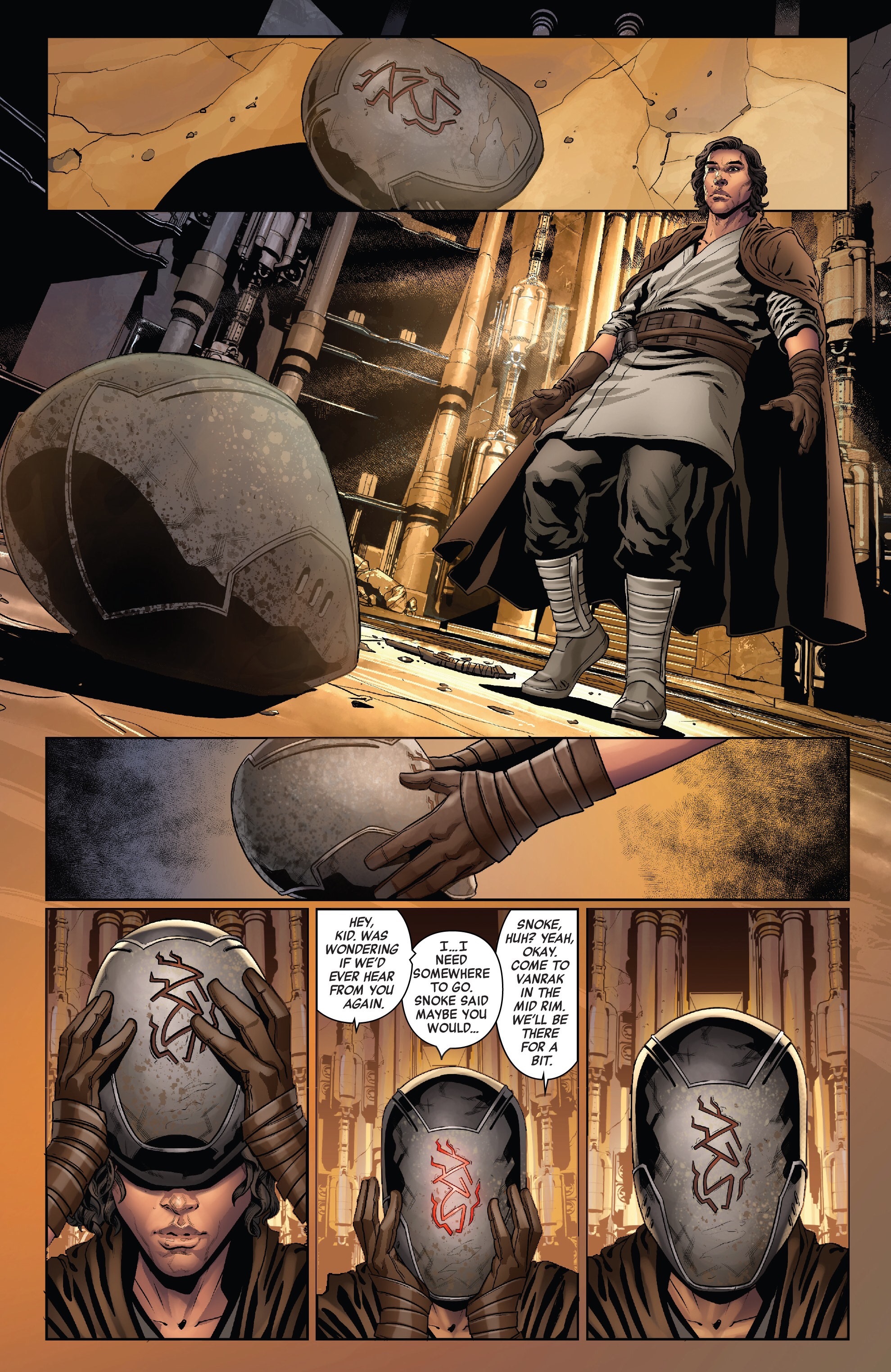 Now, we have the “pleasure” of watching Ben Solo turn to the Dark Side. However, in the middle of that transition, we see just how emotional and heart-rendering that change really was for everyone involved. 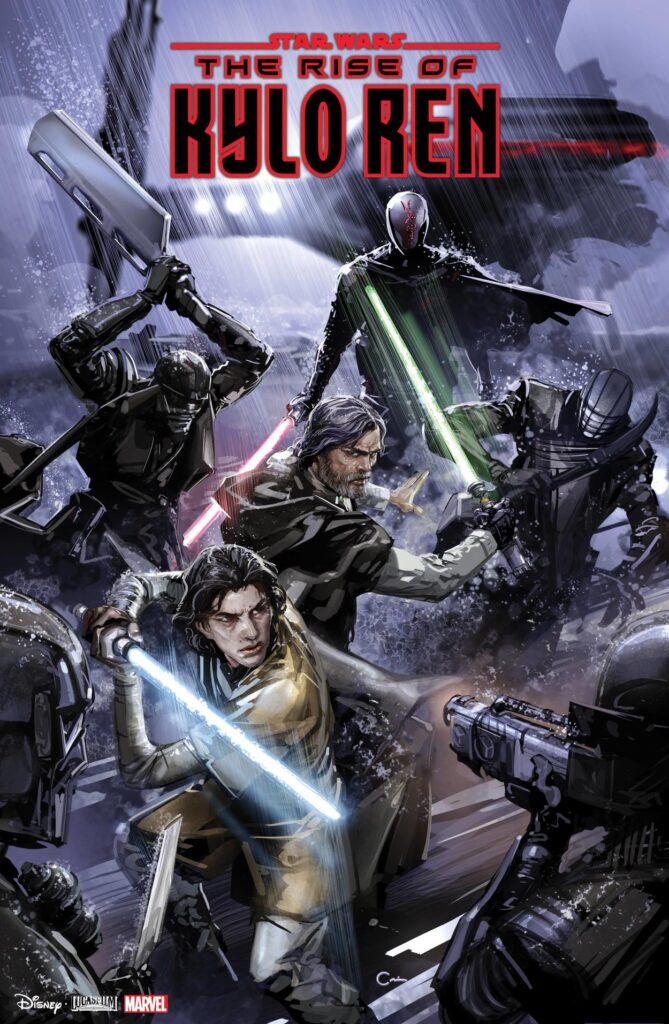 And in STAR WARS: THE RISE OF KYLO REN #2, Snoke sinks his claws in.

With the new Jedi school in ruins and fellow students hot on his trail for the presumed murder of their master, Ben Solo flees to the only friend he has left in the galaxy…a man named Snoke. But Snoke has plans for Ben…and ideas about the Force that are as dangerous as they are intriguing for the troubled young Jedi. If Ben wishes to be truly free…the answers might lie with the dark side. And with the Knights of Ren! But it won’t be the first time he’s tangled with the Knights.

In the past, Jedi Master Luke Skywalker journeys to the Unknown Regions and brings young Ben along for the mission….

Check out a few panels from the issue that debuted Wednesday: 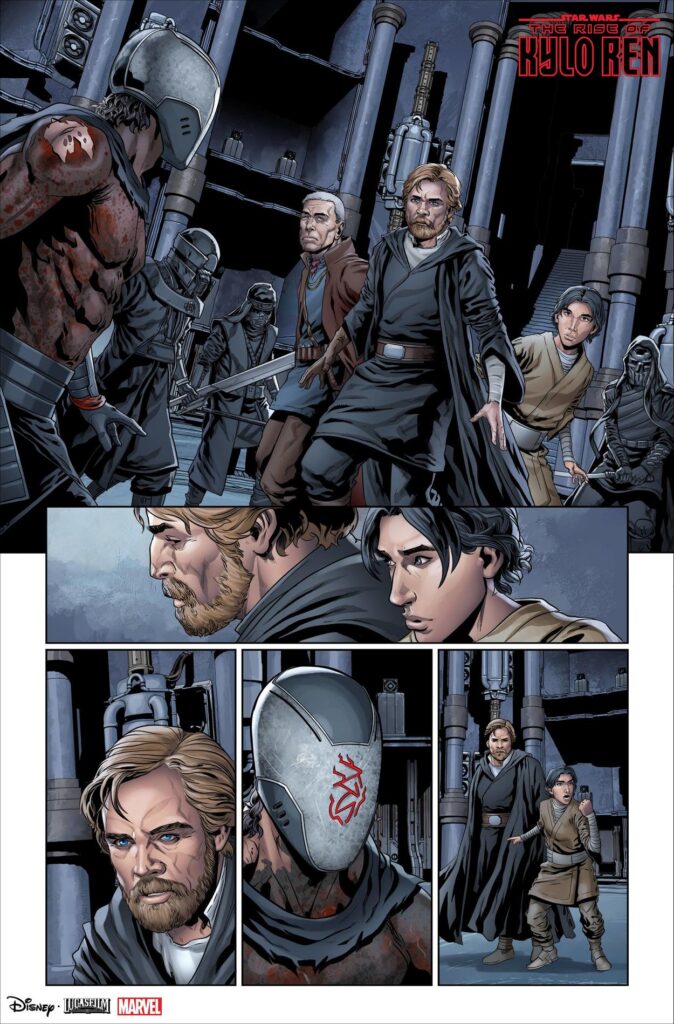 Meanwhile, you may read five pages of the piece in the article below.

The second issue of STAR WARS: THE RISE OF KYLO REN goes on sale Wednesday, January 8, and Marvel.com wants you to see what’s happening next! Previously, fans were treated to a preview of a few pages from the second issue — now, we can show you more! Below, find a few pages from STAR WARS: THE RISE OF KYLO REN #2 written by Charles Soule with art by Will Sliney and colors by Guru-eFX.

The Jedi school is in ruins, and Ben Solo has fled for his last friend in the universe — but Snoke has big plans for young Ben Solo, plans that may threaten his heroic legacy. But before he was faced with choosing his ultimate path, Ben Solo trained with Master Jedi Luke Skywalker, who made a journey to the Unknown Regions with Ben by his side. 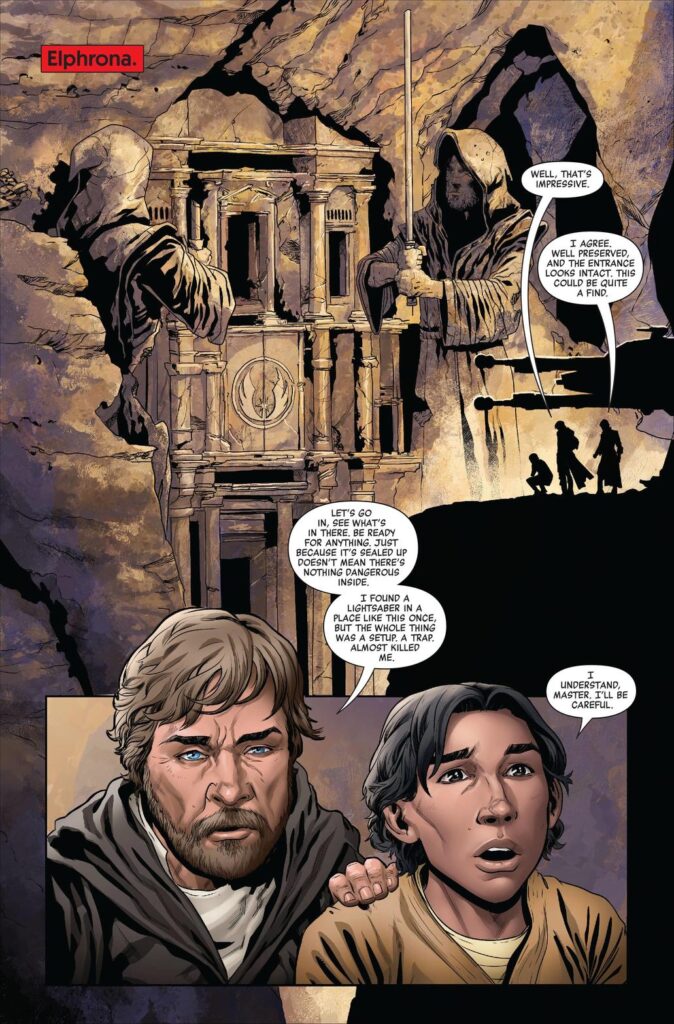 Now, I would say go out and pick it up, but the best Star Wars writer you’ve heretofore not heard of posted:

I have reliable word from multiple sources that THE RISE OF KYLO REN #2 (out today!) has sold out at the distributor. So, what’s on shelves now is it, unless Marvel does a second printing.

The first issue did this too and vanished from shops quickly – hope you can get one! pic.twitter.com/NLboTrvnof

So, might I remind you that Marvel’s online app allows you to read on your phone. HOWEVER, I must stress that if you buy the comic in the actual store like I do at the One-Stop-Shop in Clinton, Mass. you get a digital version included. SO, if you can. Buy the darn thing in person and support a local business. But if you just can’t wait, there’s the app.

BTW: We broke down the series storyline and its inclusion of The Knights of Ren in a previous blog. “Happy” reading, True Believers!