Authorities in Tampa are now offering a reward for information regarding the disappearance of Brian Klecha a Disney Cast Member that was last seen in December 2017.  A $10,000 reward will be given to anyone who can bring forth information leading to the identification and arrest of anyone involved in Klecha’s disappearance. The reward is being offering by Klecha’s family, Crime Stoppers of Tampa Bay and the FDLE.

According to a recent story on ClickOrlando.com, Tampa Bay Special Agent in Charge Mark Brutnell had this to say about the case, “After two years, we continue to work leads in this case, but we need more information. Someone knows what happened to Brian or where he is now, and we won’t stop until we know,” he added,“We are asking anyone with information about Brian Klecha to please contact Crime Stoppers of Tampa Bay at 800-873-8477.” 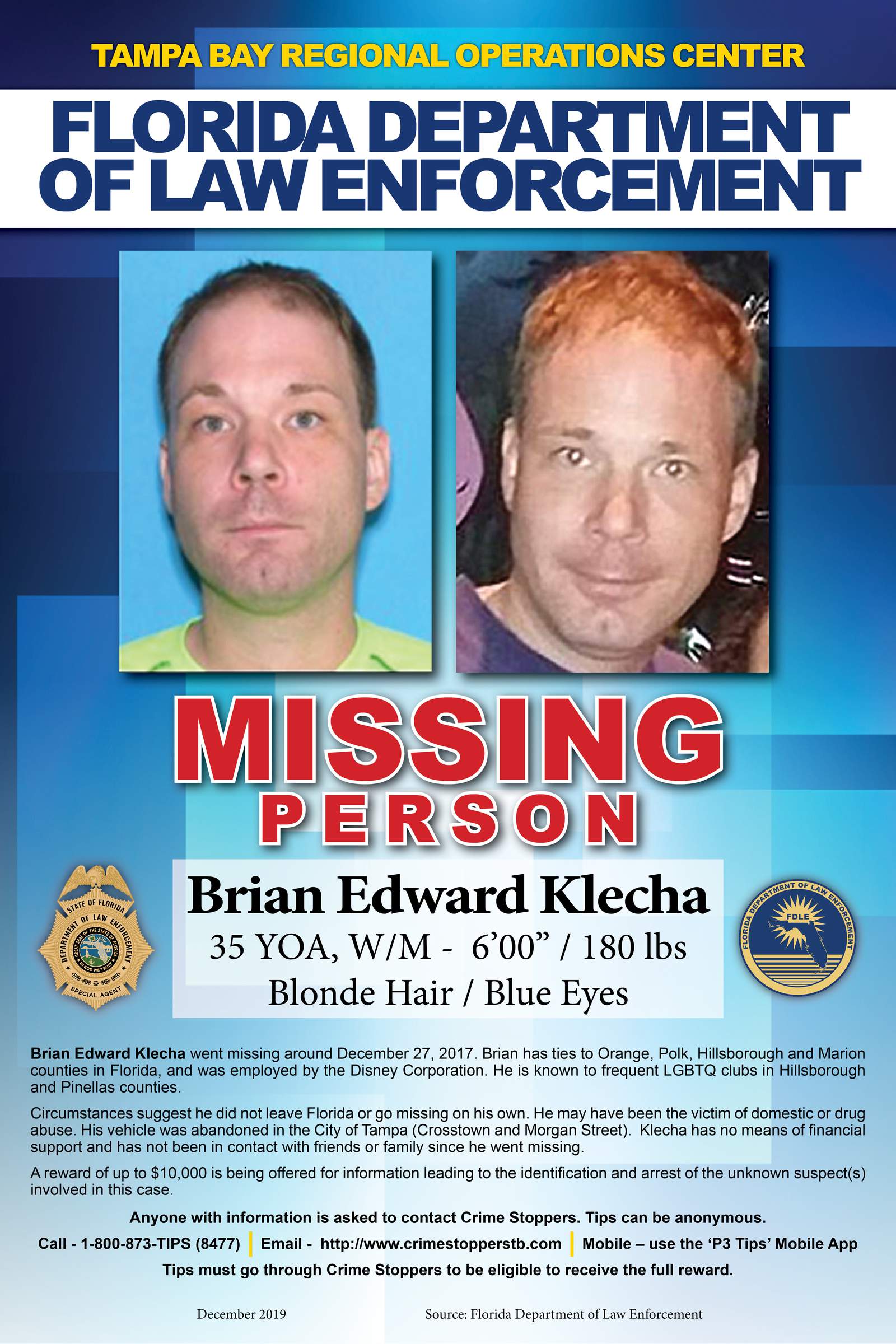 Agents from the FDLE said Klecha was last seen Dec. 27, 2017, at the MidFlorida Credit Union in Auburndale. Law enforcement believes that Klecha didn’t go missing on his own and believe he was the victim of domestic or drug abuse.  Klecha’s vehicle was found abandoned on State Road 618 in Tampa at the Morgan Street exit on February 11, 2018. Investigators believed the Jeep had been involved in a car accident a few days earlier.

Klecha has not contacted friends or family and agents said there is concern for his well-being.